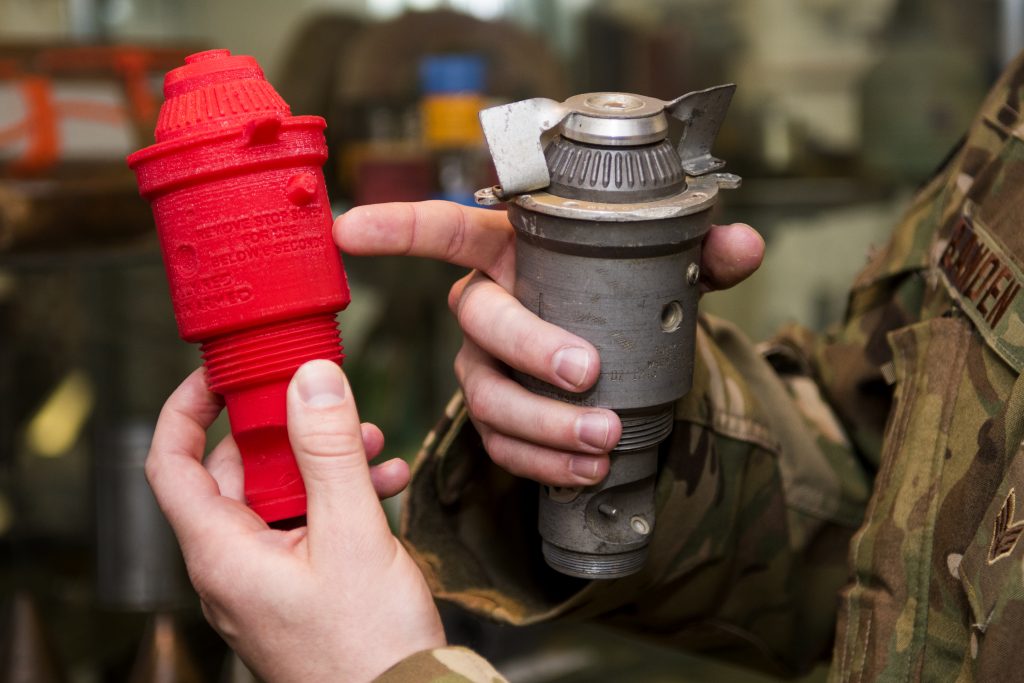 Speaking at the Center for Strategic and International Studies on January 17, Vice Chairman of the Joint Chiefs of Staff General John Hyten expressed concern about the outmoded Department of Defense (DoD) acquisition process, one largely built for the industrial rather than the digital age.

He characterized current DoD processes as being overly risk-averse and “very, very deliberate, very, very structured, [and] very bureaucratic,” and pressed for an injection of urgency, speed, and processes that effectively engage companies that “can actually move fast.”

Of course, General Hyten is not the first to highlight the need to align DoD’s acquisition process with the realities of technology development and geopolitics in the early 21st century. Procurement reform has been a growing preoccupation of Pentagon leaders, the defense and high-tech industries, and defense analysts as the DoD seeks to leverage the considerable strength of US innovation capacity to maintain advantage in intensifying military-technological competitions with Russia and, especially, China.

Indeed, in the December 2019 Atlantic Council Strategy Paper A Candle in the Dark: US National Security Strategy for Artificial Intelligence,my co-author Stephen Rodriguez and I emphasize that the US high-tech industry and innovation ecosystem are among the “country’s most important assets—not to mention competitive advantages.” But we also note that significant portions of this high-tech community are reticent to engage with DoD, referencing what Stanford University’s Amy Zegart calls a “silent divide” between the Pentagon and high-tech and commercial companies. In a world in which military and security requirements and technology development priorities are fusing with those of the commercial sector, the inability to effectively engage non-traditional defense industry companies undermines US national security.

Some of this resistance is due to ethical concerns associated with working with the military and therefore may be difficult to address immediately—though DoD should still try. The more widespread objection, though, is to the deliberate, structured, and bureaucratic acquisition process. And this problem is within DoD’s capacity to address in the short term by eschewing the temptation for additional regulation or doubling down on risk-averse processes that disincentivize collaboration with DoD. To be sure, protecting the government’s interest should remain a DoD priority, but there are ways of doing so using the core of current federal acquisition regulations while also incorporating ways of taking on more risk and engaging those companies that can help the Pentagon move fast.

As an example, one of the recommendations on industry engagement made in our AI strategy paper is to expand use of forward-leaning tools such as Other Transactional Authorities (OTAs), which the Pentagon has already incorporated to speed up procurement. OTAs have been useful in the purchase of commercial-off-the-shelf technology under some circumstances and they are now being employed to expedite the early stages of more traditional competitions. The US Army’s Future Attack Reconnaissance Aircraft (FARA) procurement has made use of OTAs and the Middle Tier Acquisition for Rapid Prototyping and Rapid Fielding process. The selection last April of five companies to develop prototypes was reportedly two months ahead of schedule.

Reform should also consider new approaches to cost, pricing, and profit margins. DoD’s compulsion to protect itself (and the taxpayer) from runaway project and program costs is correct. These efforts should be balanced with a nuanced approach to pricing that incorporates considerations of lifecycle value and order quantities and frequency in order to offer additional incentivizes for fast-moving, innovative companies to become consistent and reliable DoD suppliers.

As pointed out in a January 2020 op-ed by Bryan Smith A Call to Inaction on Defense Acquisition Law, fair pricing in the commercial supplier industry should extend beyond the cost of the raw materials used to produce military parts. Pricing should also consider the cost that commercial suppliers foot when running entire supply chain operations in order to produce small and irregular orders for DoD—including sometimes building new production lines and providing new training for workers to operate them. DoD should also consider the opportunity cost that may be forfeited if doing business with government. In other words, can the government count on consistent commercial supplier support if the trade-offs in profit and other areas associated with working with the government remain so high?

Procurement reform will make DoD more efficient and increase capability, making it a benefit in and of itself. However, the urgency associated with reforms is amplified by the context of great-power competition, and particularly the military-technological competition between the United States and China and Russia.

Both competitors have invested heavily in the development of several advanced technologies and the novel military capabilities these technologies enable. China is arguably the global leader in quantum computing and encryption and has made undeniably impressive strides in the development of artificial intelligence for a wide-range of military and internal security purposes, including drone swarms, facial recognition, training and simulation, and human performance enhancement.

Russia and China have also claimed recent successes in the development of hypersonic missiles. China displayed the DF-17 during the October 1, 2019 military parade honoring the 70th anniversary of the founding of the People’s Republic of China, while Russia announced in December 2019 that the Avangard hypersonic missile was in-service. One can certainly question the current actual military efficacy of these weapons systems, but the DoD has been wrestling with the possibility of parity in hypersonic missile technology for at least two years. In January 2018, then-Vice Chairman of the Joint Chiefs of Staff Paul Selva assessed that “we have lost our technical advantage in hypersonics.”

These countries’ centralized industrial bases and innovation systems, while flawed, have enabled them to focus national resources and move quickly in critical technology areas. China has also been increasingly effective at leveraging commercially developed and acquired technology and know-how for military gain. Again, according to Hyten, “they’re moving very, very fast . . . And we are not.”

Meeting this great-power competition challenge from an industry perspective starts with procurement reform, but it also must include a focus on strengthening domestic industrial manufacturing capabilities, especially in key Pentagon priority areas. Engagement with allies and partners, to include defense industry engagement, should be a foundational component of any approach to the military-technological competition with China and Russia. However, maintaining domestic manufacturing capability and technological capacity in strategically important supporting technologies is crucial to avoiding the supply chain risk that comes with great-power competition in an entangled global economy.

DoD is currently in a moment of transition to great-power competition and adaptation to the Fourth Industrial Revolution. The shifting geopolitical and technology landscapes are placing pressure on the Pentagon not just to refocus its investments, but also to reform its acquisition process and industry engagement approach. Instincts toward deliberation, structure, and bureaucracy must be at least balanced and, in some cases, overcome by the pressing need for speed, agility, risk-tolerance, and to achieve the strategic gains that accompany becoming a better customer.

Tate Nurkin is a nonresident senior fellow in the Atlantic Council’s Scowcroft Center for Strategy and Security.