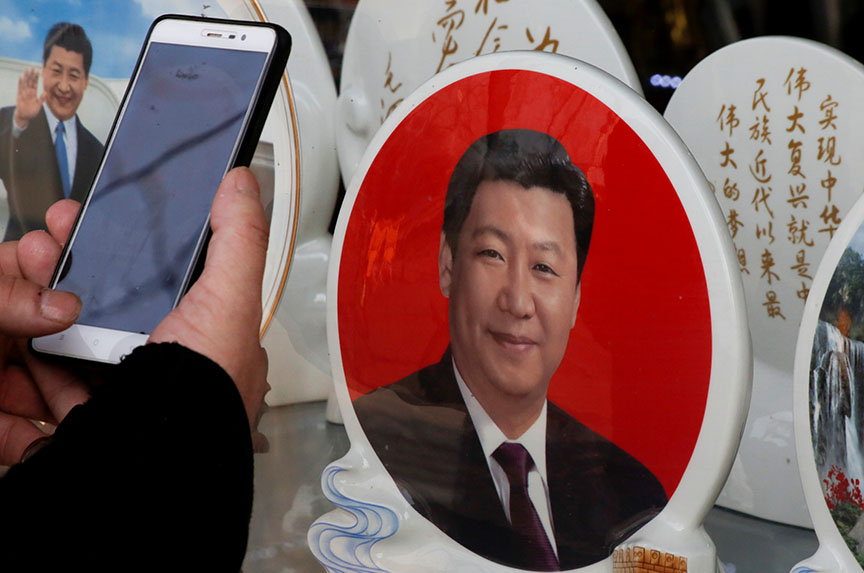 Chinese President Xi Jinping was nine years old when his father, a prominent communist revolutionary and vice premier of China, had a falling out with Mao Zedong.

The year was 1962. Xi Zhongxun was accused of supporting a novel that Mao opposed. For this crime he was stripped of his titles, demoted, and sent to work in a factory. His wife, Qi Xin, was forced to do hard labor on a farm.

Six years later, the younger Xi was among the millions of “intellectual youth” who were sent to the countryside for “re-education” during Mao’s Cultural Revolution, which sought to purge the “impure” elements of Chinese society and preserve a communist ideology.

Xi worked as an agricultural laborer in Liangjiahe, a remote village in China’s impoverished northwestern province of Shaanxi. The experience was, by the most important of accounts, unpleasant. “He spent six years there, cutting hay, reaping wheat and shepherding in the daytime, and then reading books in the dim light of a kerosene lamp while enduring the harassment of fleas at night,” according to Xi’s official biography.

That did little to turn Xi against the Chinese Communist Party. On the contrary, he “chose to survive by becoming redder than red,” as an acquaintance of his said, according to a leaked US embassy cable.

Even as his father languished in one of Mao’s prisons, Xi joined the Communist Party in 1974 and rose rapidly through the party’s ranks to become president of China in 2013.

China’s constitution has until now limited presidents to two five-year terms. Term-limited presidencies began in China with Jiang Zemin who served as president from 1993-2003. Xi’s first term will end in March. However, on February 25, the Chinese Communist Party announced that it planned to clear the way for Xi to serve as president indefinitely.

“Xi has broken many norms in China and is actively working to replace them with new norms,” said Jamie Metzl, a nonresident senior fellow in the Atlantic Council’s Scowcroft Center for Strategy and Security.

“Consolidating and extending his leadership will make him the most powerful Chinese leader since Deng Xiaoping and possibly since Mao, but the ultimate question will be ‘consolidation for what?’” he said, adding: “Governmental organization is not an end in itself but a means to the end, ideally at least, of good governance.”

Nevertheless, Xi is a charismatic leader known affectionately to his people as Uncle Xi. He is perhaps overshadowed by just one other person in China—his wife. Peng Liyuan, a former celebrity soprano, has taken up social causes and retreated into a more reserved role as her husband’s political star rose.

Born in Beijing in 1953, Xi is a “princeling,” a term given to children of high-ranking Communist Party officials. For most of his life, Xi battled the negative stereotypes associated with being a princeling, while benefitting from the status afforded by his birth.

After Mao’s death in 1976, Xi’s father was rehabilitated and appointed party secretary of Guangdong province, where he oversaw economic reforms. The younger Xi went on to study at the elite Tsinghua University and later, through his father’s connections, secured a job as personal secretary to Geng Biao, who was China’s defense minister at the time.

Xi quickly rose through the party’s ranks. He became governor of China’s eastern Fujian province in 2000. Seven years later, he was appointed Communist Party secretary in Shanghai after his predecessor was ousted in a corruption scandal. Months into that job he was elevated to the Politburo Standing Committee—China’s top political body. This was the first sign that Xi was on track to succeed then President Hu Jintao. In October 2010, all doubt was removed when Xi was appointed vice chairman of the central military commission.

At the half-way mark of what was supposed to be a ten-year presidency, Xi has, ironically, emerged as China’s most authoritarian leader since Mao. Along the way, he has gathered multiple titles for himself while personally overseeing everything from national security to the internet.

While he has sought to relax China’s one-child policy and eliminate camps for “re-education through labor,” his far-reaching crackdown on corruption and alleged leakers of state secrets has raised eyebrows in world capitals.

“Xi has changed the social contract,” said Robert A. Manning, a senior resident fellow in the Atlantic Council’s Scowcroft Center. “He has tightened control of information, culture, art, the internet, and what can be said or written. He seems to be trying to set up a digital 1984,” said Manning, referring to the dystopian George Orwell novel in which a totalitarian regime suppresses and monitors critical thought.

Sure enough, since the term-limit announcement, the Chinese government has cracked down on criticism of the news on social media. “I don’t think that this plays well with the younger generation and the Chinese middle class,” said Manning.

Xi wants China to pursue the Chinese Dream—the “great rejuvenation of the nation,” or in words that will be more familiar to a US audience—he wants to make China great again.

With the decision to abolish presidential term limits, the Chinese Communist Party is taking a huge gamble, said Metzl. “On the one hand, keeping Xi in power beyond the (recently) traditional two term-limit significantly enhances Xi’s ability to push badly needed change within China, increases China’s global influence, and ensures near-term continuity within the Chinese government structures,” he said.

“On the other hand, this move also potentially decreases China’s ability to bring fresh approaches to its problems, angers a whole generation of younger officials whose advancement will be blocked by their elders, and raises the specter of innovation-stifling one-man rule,” he added.

Metzl noted that one-man rule worked pretty well in Singapore under Lee Kuan Yew, so failure of China’s new approach is “by no means certain.” However, he added, “China is not Singapore and may be far too complex a society and economy for one-man rule.”

Manning faults Xi for deconstructing Chinese institutions. “Among other institutions Xi has diminished and centralized, the party secretary and president used to be two separate positions and there was a two-term limit. He is throwing all of that away and de facto declaring himself emperor,” he said.

“It is also a move to put himself at the center of everything and sends a clear message to his rivals that he is not going anywhere,” he added.

The most optimistic take on this recent development is that from his strengthened position, Xi could push through much-needed reforms against vested interests, said Manning. “While he would get all the credit if things work out, the flip side is he also gets all the blame if things go belly up,” he added. But Manning is not holding his breath when it comes to a quicker pace of reforms in China.

Xi and the United States

Unlike many of his recent predecessors, Xi has a better understanding of the United States. A fan of American pop culture, he counts Saving Private Ryan among his favorite movies.

In 1985, Xi was part of an agricultural delegation that traveled to the United States. He stayed with the Dvorchaks, a family in Muscatine, Iowa, and slept in a room surrounded by football-themed wallpaper and Star Trek action figures.

In 2012, Xi, on a trip to the United States before becoming president, visited Muscatine to see the Dvorchaks. “No one in their right mind would ever think that that guy who stayed in my house would become the president. I don’t care what country you’re talking about,” Eleanor Dvorchak was reported as saying at the time.

Xi’s links to the United States go even further. His daughter studied at Harvard University.

While US President Donald J. Trump hosted Xi at his Mar-a-Lago resort in Florida early in his presidency, US-China relations have been strained by Trump’s criticism of the growing trade deficit  and over how to handle the nuclear crisis in North Korea.

Xi’s consolidation of power finds parallels in the actions of leaders like Russia’s Vladimir Putin and Turkey’s Recep Tayyip Erdoğan, and even the undemocratic turns taking place in the West—see Hungary and Poland.

While few could describe China as a democracy while keeping a straight face even before the lifting of presidential term limits, this most recent action dashes hope of a presidency that is more than just about individuals.

Metzl notes: “At a time when the United States and Europe are facing a great deal of destabilizing upheaval, China is doubling down on consistency and continuity.”

“This may be a decent short-term bet. But the United States and Europe are dynamic societies that will rebound with new ideas, innovations, and leaders. Whether China can become more dynamic even if its government becomes sclerotic under one-man rule will be the key question for China’s future,” he added.

Image: A man took pictures of souvenir plates featuring a portrait of Chinese President Xi Jinping at a shop in Tiananmen Square in Beijing, China, on February 26. (Reuters/Thomas Peter)