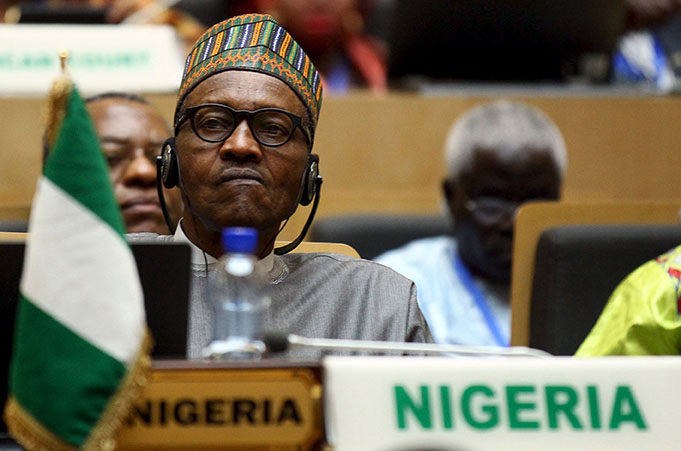 A recent spate of deadly attacks by Boko Haram only serve to underscore the fact that despite Nigerian President Muhammadu Buhari’s optimistic proclamations on the war against the Islamist militants, the group is far from finished, said J. Peter Pham, Director of the Atlantic Council’s Africa Center.

“This is a group that has, over the course of the decade and a half that it has been active, shown remarkable resilience and an almost uncanny ability to reinvent itself,” Pham said.

Buhari declared in December of 2015 that Nigeria had “technically” won the war against Boko Haram. Those words have returned to haunt him sooner than he probably imagined. On January 30, more than eighty people were killed in Nigeria’s northeastern Borno province. Attacks have also taken place in Chad and Cameroon. Boko Haram has been blamed in all these cases.

In his final months in office, Buhari’s predecessor, Goodluck Jonathan, launched a massive military operation aimed at rooting out Boko Haram from its strongholds in northeastern Nigeria. The offensive, which Buhari has continued, deprived Boko Haram of  much of the territory it had seized, but, on the flip side, turned the group into an insurgency that is capable of carrying out unconventional attacks and terrorizing populations.

The United Nations estimates that more than 2.3 million people in the region have fled their homes since 2013 because of the violence.

Boko Haram last year allied with the Islamic State of Iraq and al-Sham (ISIS) and rebranded itself as the Islamic State West Africa Province (ISWAP). The danger the group poses in Africa has only grown. Boko Haram ranked as the deadliest terrorist group in 2014 and, by all accounts, is expected to hold on to that dubious distinction in 2015.

Partly as a consequence of the Nigerian military offensive, Boko Haram has spilled across a porous border into Cameroon, Chad, and Niger. The United States, sensing the urgency of the situation, waded into the war against Boko Haram when in October of last year US President Barack Obama authorized 300 US troops to participate in reconnaissance and intelligence gathering operations against the militants in Cameroon. The United States will also provide counterinsurgency training to Cameroonian forces.

Along with Nigeria, Benin, Chad, Cameroon, and Niger are part of a regional military force fighting Boko Haram. The terrorist attack on January 30 took place on the outskirts of a city that is the command center of Nigeria’s war on Boko Haram.

“If [the Nigerian military] can’t hold something that is right at the doorstep of their command headquarters, much less in more isolated areas, clearly there is a limit to the pressure that they can put,” said Pham.

Q: In December of 2015, President Buhari claimed that Nigeria had “technically” won the war against Boko Haram. How would you grade the Nigerian military’s performance in its effort to root out Boko Haram?

Pham: One of the major issues in President Buhari’s campaign for office was defeating the Boko Haram insurgency. He promised military competence and invoked the fact that he was a retired Major General and that when he was a military President in the early 1980s he actually helped defeat an analogous insurgency in the very same region of Nigeria. Shortly after he was inaugurated in May of 2015, he rather boldly declared that he would defeat Boko Haram by the end of the year. The end of the year came around and I suspect there was political pressure to claim the success that had been promised. Both Nigerians and the international community are rightfully skeptical about the claims, not least because of attacks like the one that took place on January 30 at the gates of Maiduguri, the capital of Borno state.

That being said, one also has to acknowledge that there have been some successes in the fight against Boko Haram. Belatedly, but nonetheless, the previous Nigerian government undertook a major offensive against Boko Haram at the beginning of 2015. This resulted in the liberation of much of the territory that Boko Haram had taken control of beginning in 2013 and mostly in the latter half of 2014.

On March 27, 2015, one day before the historic Nigerian elections, the military liberated Gwoza, a city of over a quarter million people that Boko Haram had taken over and declared the capital of its Islamic state back in August of 2014.

Under President Buhari, the military is under new leadership. He appointed new service chiefs as well as a new National Security Advisor. The new leadership, picking up where the previous administration left off, has largely pushed Boko Haram out of territory that it held at the end of 2014 and beginning of 2015. There is a difference between pushing a group like this out of territory and effectively securing that territory. Nothing underscored that challenge as much as the fact that on January 30 Boko Haram militants attacked Dalori, a town that is literally on the doorstep of Maiduguri. This attack came on the heels of an attack last week in northern Cameroon that left over three dozen people dead and scores wounded.

Boko Haram has been pushed out of territorial control, but it is far from defeated. In fact, it has stepped up the number, lethality, and range of suicide bombings as well as hybrid attacks involving both suicide bombers and heavily armed attackers. This is a group that has, over the course of the decade and a half that it has been active, shown remarkable resilience and an almost uncanny ability to reinvent itself.

Q: Nigerian officials say Boko Haram has been reduced to carrying out bombing attacks because it can no longer hold territory. Is the group actually more dangerous as an insurgency that has no fixed address?

Pham: Boko Haram has proven to be remarkably resilient and capable of adapting tactically, operationally, and even strategically. It has been pronounced dead time and time again. In 2009, then President Umaru Musa Yar’Adua pronounced Boko Haram dead after its leader was killed and hundreds of its members slain. It reemerged just over a year later as an even more virulent jihadist group with help from al Qaeda in the Islamic Maghreb and, to a far lesser extent, al Shabaab. It mutated, yet again, as a territorial insurgency in the wake of the French military intervention in Mali [in 2013].

In 2013, Nigeria imposed a state of insurgency and flooded troops into the northeast. Boko Haram went quiet and the Jonathan government proclaimed Boko Haram defeated. Similar arguments were made that they were on the back foot and were using terrorist tactics because they were no longer able to hold territory. In actuality, they had a little bit of patience and as soon as security forces let down their guard they were back. By the middle of 2014 they had conquered an area that was larger than Belgium and had set up a proto Islamic state.

Q: Has the Nigerian offensive against Boko Haram been matched by similar military pressure from neighboring countries in an effort to squeeze the militants?

Pham: The problem with the pressure is that it is uneven. There was enough pressure—because there was political will—to push Boko Haram out of territorial control, but that stretched Nigeria’s military to the limit. It has been a cat-and-mouse game where there are not sufficient military resources to truly secure the areas that have been liberated.

President Buhari moved the command center of the war into Maiduguri instead of trying to run it from Abuja. That was a good step. Despite that Boko Haram killed eighty-six people on January 30 literally at the front gates of Maiduguri. If they can’t hold something that is right at the doorstep of their command headquarters, much less in more isolated areas, clearly there is a limit to the pressure that they can put.

Q: What is your assessment of the collaboration between Nigeria and its neighbors in this effort against Boko Haram?

Pham: There is better cooperation and the international community is doing its bit to help. The United States has deployed Special Operations personnel to help with intelligence and training in Cameroon. It recently donated a number of MRAPs to Nigerian forces. Ongoing cooperation is taking place with Niger. The French and the United Kingdom are also involved. There has been a lot of support, but this is trying to arrest a military institution that has been allowed to decay over the course of a decade and a half.

Resources were diverted as the Nigerian government engaged in prosecutions for corruption. Even the former National Security Advisor in the previous administration has been charged. Corruption is an important issue, but it is only part of the issue. Yet even if resources had gone to where they were supposed to go, the question of force strength, military doctrine, and training aren’t addressed by the question of resources for salaries and equipment.

Q: Boko Haram last year rebranded itself as an ISIS affiliate—the Islamic State West Africa Province (ISWAP). What is the extent of the association between Boko Haram and ISIS?

Pham: There is certainly a virtual relationship. We see that in the videos that Boko Haram has released and the group’s branding. The Islamic State, in its English-language magazine Dabiq, has called on fighters who can’t make it to Syria and Iraq to go to Africa and join its units there—whether in Libya or Boko Haram. Although we don’t have enough evidence to be able to attribute causality, we have seen an increasing sophistication in some of the operational tactics used by Boko Haram.

Each time Boko Haram has transformed itself, it has evolved ideologically to match that transformation. There have been recent tensions between Sunnis and the very small Shia community in northern Nigeria. Whether Boko Haram, as part of its evolution to the Islamic State’s ideology, which is militantly anti-Shia, begins to target the few Shia that are in Nigeria could be an interesting development to watch.

Q: What should the Buhari administration be doing to address the root causes of support for Boko Haram, especially to build trust between civilians and the military in the northeast?

Pham: Even before we get to that, there have to be sufficient resources to finish the war against Boko Haram. That means resources not only for equipment, but also a shift in military doctrine and training. They have got to win the war first. Then, in order to consolidate the peace, there has to be a program of social, economic, and political inclusion.

It is not by accident that Boko Haram arose in a corner of Nigeria that is arguably one of the most socially, economically, and politically marginalized. The north of Nigeria, which is predominantly Muslim, lags behind the south in terms of income, education, and other important indicators; and the northeast lags behind the rest of the north. Lake Chad, along whose shores this fight is taking place, has shrunk some 80 to 90 percent in the course of the last forty years, destroying livelihoods in fishing and agriculture. So there has to be something that addresses this challenge. It is useless to talk about programs for economic development or political inclusion until people feel safe enough to go back and repopulate these areas.

There is also a question of food security. Desertification has caused enough problems, but the fact that farmers are not safe to farm in a largely agricultural area, and these attacks coming just ahead of a growing season, presents us with the specter of massive food insecurity down the line.

Image: Nigerian President Muhammadu Buhari attends a meeting at the African Union’s headquarters in Ethiopia’s capital, Addis Ababa, on January 30. Buhari declared in December of 2015 that Nigeria had “technically” won the war against Boko Haram. The militant group carried out a deadly attack in Nigeria on January 30. (Reuters/Tiksa Negeri)