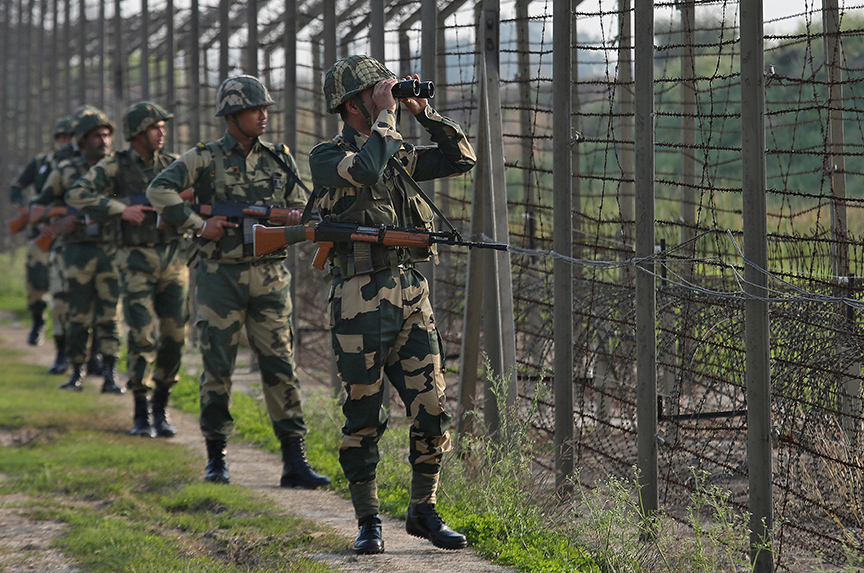 The Indian Air Force strike on what India claims was a terrorist camp in Balakot, Pakistan, on February 26 followed by the Pakistani air strike on targets in India-administered Kashmir have placed both countries on a perilous path to war. The escalation ladder on any such military actions between these two nuclear-armed neighbors remains very steep. Each is equipped with standoff weapons that can be launched from air platforms without sending troops across their border, and increasingly have been talking of the use of miniaturized nuclear weapons euphemistically labeled “tactical.” Once they reach that level, a full-scale war, involving dozens of nuclear weapons could engulf the subcontinent with grave consequences for the whole region and the world. Nuclear Winter, the shutting off sunlight from the Northern Hemisphere of the globe, would mean no light or food for the world. This is not science fiction but reality. Hence, it is critical that leaders in India and Pakistan defuse the current situation before it becomes impossible to retrieve.

India was reacting to a Valentine’s Day attack in Pulwama inside India-administered Kashmir that killed some forty Indian paramilitary personnel. Jaish-e-Mohammed (JeM), the Pakistan-based terrorist group that has recruited inside India-administered Kashmir, claimed responsibility. India claimed a JeM training center near Balakot was the target of its aircraft. It claimed 300 militants were killed. Pakistani observers pointed to damaged forests and, in one case TV journalist Hamid Mir showed a dead crow as the victim of the Indian attack.

Pakistan’s retaliation was also reportedly aimed at unoccupied civilian targets but no details were shared of why those targets were chosen or what the value of those attacks was, other than the ability to respond at will to India’s attack.

India lost two planes in its counterattack, one ending up in Pakistan-controlled territory and its pilot Wing Commander Abhinandan Varthaman captured. A second pilot was also claimed to have been captured but immediate details were not available. The other plane ended back on the Indian side.

Having neutralized his domestic critics with the swift reprisal to the Indian attack, Pakistani Prime Minister Imran Khan took the high road in an extemporaneous address on television in which he offered an olive branch to India, warning of the dangers of escalating the conflict.

“We offered peace to India after what happened in Pulwama. I understood the pain of the families [who lost family members in Pulwama]. I have visited hospitals and seen the pain of people affected by violence. We have lost 70,000 of our own and I know what those who are left behind and those who are injured feel,” said Khan.

“[On that basis], we offered India that we would cooperate. It is not in Pakistan’s interest to let our land be used for terrorism. There is no dispute there. Yet, I had still feared that India would [ignore the offer and] still take action, and I had therefore warned India against aggression and said we will be compelled to respond because no sovereign country can allow that [violation of its sovereignty],” he added.

Khan went on to close this chapter of violence with a firm offer of talks.

He could do more. He could follow up with an immediate act of reconciliation by ordering the swift repatriation of the captured Indian pilot. And domestically, he could follow up the actions already taken against JeM and other militant groups by starting an operation to take over all the group’s physical assets and launch a de-weaponization program inside Pakistan, something that successive governments have talked about but failed to implement. A blueprint for this exists in the National Action Plan prepared under former Prime Minister Nawaz Sharif that did “geotagging” of all militant sites in the Punjab. Such action would be in Pakistan’s interest and will pay off in massive economic and political dividends domestically and internationally. This operation would also warrant massive international assistance to a cash-strapped Pakistan, including from the United States, Pakistan’s bitter friend.

If neither Pakistan nor India take steps toward talks, the only winner in this conflict will be militants like JeM who continue to manipulate nationalistic fervor in both countries to their ends.

Once both countries climb down the escalation ladder they can go back to concentrating on changing the landscapes at home that foster hatred and war. India needs to address the needs of Kashmiris for autonomy and thus neutralize the armed militants, no more than 500 according to official calculations, that have held more than half a million Indian forces at bay.

Pakistan needs to climb out of an economic hole to provide jobs and prosperity for its rapidly rising population, and especially its youth. With a median age of 23 for its 200 million-plus population, it cannot afford to pour more into its defense and debt rescheduling than it does on social and economic development.

Indian Prime Minister Narendra Modi may hold the key for now. Will he stoke the nationalism of the far right as he approaches a general election, or put India back on the path of being a leader in regional economic and trade integration to create his promised jobs for some twelve million Indian youth each year? It’s time for statesmanship, not gunships, to triumph.

Shuja Nawaz is a distinguished fellow at the South Asia Center of the Atlantic Council.