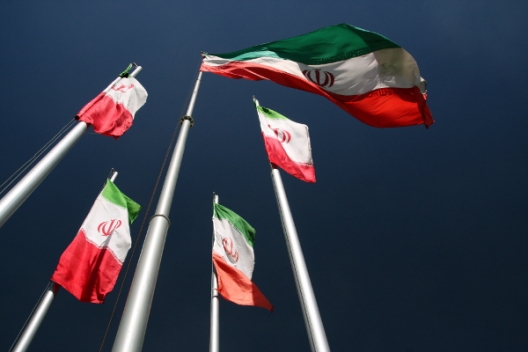 As President Barack Obama returned from vacation this week – a short break interrupted by his need to react to the mayhem in Cairo – he may have been thinking that prospects for a major foreign policy achievement in his second term were fading.

Long-time U.S. ally Egypt is careening between police state and chaos, Syria continues to self-immolate while violence escalates in Iraq, Lebanon, Yemen, Libya, Tunisia and Bahrain. Few hold out much hope for swift progress toward an Israeli-Palestinian peace treaty. Outside the Middle East, the re-set with Russia has hit a Putinesque wall while China remains at best, a frenemy.

In the midst of this bleak picture, however, there is one potential bright spot: Iran. With the switch in presidents from the provocative Mahmoud Ahmadinejad to the sober technocrat, Hassan Rouhani, there is a real chance to de-escalate the nuclear crisis and keep the United States out of another major war in the Middle East. Potentially, Iran could also help lower the temperature in Syria and Lebanon.

The U.S. and Iran have demonized each other so long and so effectively over the years that breakthroughs are difficult to imagine. But the old U.S. alliances in the region have come under new strains and a U.S.-Iran realignment is no longer beyond the realm of possibility.

Calculations for both countries have changed dramatically in recent years.

For the United States, combating al-Qaida has been the major priority since 9-11, with nuclear-nonproliferation and democracy promotion a close second and distant third, respectively. For Iran, under the harshest economic sanctions since the 1979 revolution, the main goal is sanctions relief and reducing its isolation, plus acceptance of a role for Iran in regional security and economic arrangements.

Especially with the metastatic growth of Sunni jihadist elements in Syria and their resurgence in Iraq, Libya, Yemen – and potentially Egypt and Afghanistan – U.S. and Iran interests in the region are probably closer now than they have been since 9-11. The key, however, remains defusing the nuclear crisis – to calm the Israelis, Saudis and members of the U.S. Congress. Here, the signals are better than they have been for at least four years, if not since Mohammad Khatami left office in 2005.

In his first press conference as president, Rouhani side-stepped questions about direct talks with the United States but said Iran was “ready to seriously engage and interact with other parties” and had a “serious determination to solve this issue removing all the concerns of the other side.”

Rouhani’s foreign minister, the former Iranian ambassador to the United Nations, Mohammad Javad Zarif, has already been on the phone with Catherine Ashton, the top foreign policy official for the European Union, about scheduling the first meeting of Iran and the P5+1 – the five permanent members of the U.N. Security Council plus Germany – since April. Ashton and Zarif are likely to meet on the sidelines of the U.N. General Assembly in New York in September if not earlier.

Zarif, who will play a major role in the nuclear negotiations, has said repeatedly that nuclear weapons would compromise Iran’s security, not enhance it, and that Iran is ready to alleviate the “logical concerns” of outsiders in return for recognition of Iran’s rights under the Nuclear Non-proliferation Treaty.

While Supreme Leader Ayatollah Ali Khamenei has the final word on such matters, Rouhani and Zarif both have a record of getting Khamenei’s approval to compromise and seek better relations with the West. Rouhani agreed in 2004 to suspend elements of Iran’s nuclear program; Zarif was a major contributor to a 2003 initiative that offered talks with the United States on all the major issues dividing the two countries, including the nuclear file, terrorism and the Arab-Israeli dispute.

During hearings in parliament and in an interview last weekend with IR Diplomacy following his confirmation as foreign minister, Zarif inveighed against “radicalism” in foreign policy and suggested that Iran is sufficiently self-confident after Rouhani’s election to show moderation, a code word for compromise.

“Moderation is rooted in self-belief; a person who believes in his capabilities, power, possibilities, and capacities can take steps on the path of moderation,” Zarif said. “But an individual who feels weakness and fear will generally pursue radicalism. The radicals of the world are cowards. Despite the fact that their slogans might be different, they have close and good relations with each other. Today, the world needs moderation and the Islamic Republic of Iran, as a powerful country, can advance its foreign policy with moderation.”

What this “moderation” will mean in practical terms remains to be seen. But while the change in rhetoric is not sufficient by itself, it is still important in creating the environment for successful negotiations.

While Ahmadinejad was president of Iran, any easing of the U.S.-Iran divide was jeopardized by his controversial remarks about Israel and the Holocaust and by his disputed “re-election” in 2009, with its attendant human rights abuses. Rouhani’s election – while hardly free by Western standards – attracted substantial popular support and was not marred by post-election violence.

In the context of a region in which more than 100,000 Syrians have died over two years and Egypt’s military and security forces have just killed more than 1,000 people in one week – including more than two dozen who died while being transported from one prison to another – Iran, which has executed about 100 dissidents since 2009, suddenly doesn’t look quite as bloodstained. Hopefully, the Rouhani government will substantially ease restrictions on civil society and free those still in jail for their protest activities in 2009 so that Iran’s human rights record steadily improves in absolute as well as relative terms.

During a recent visit to Iran, I found people to be skeptical about their new president, but happy to see the end of Ahmadinejad and less hostile to Americans than they had been a year earlier. In Egypt now, the United States can’t seem to put a foot right and anti-Americanism is at record levels. Saudi Arabia and its fellow Sunni monarchies have outbid both the U.S. and Europe in propping up the new Egyptian administration. Perhaps the Obama administration might find it advantageous to put more attention into achieving a breakthrough with Iran than trying to influence Egypt’s recalcitrant generals. The U.S. president might just achieve a goal that has eluded his predecessors for 34 years.