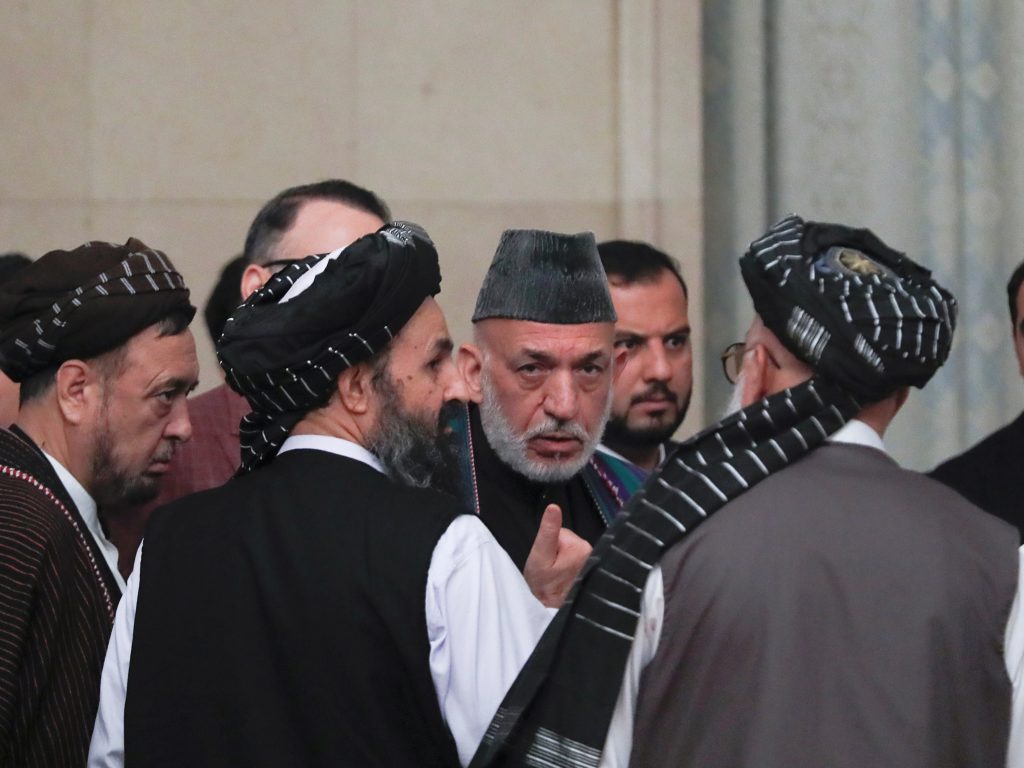 While the specifics of the deal that US Special Representative for Afghanistan Reconciliation Zalmay Khalilzad is negotiating with the Taliban remain obscured, its emerging outline raises serious concern about the prospects for failure in its application.  A flawed agreement risks the collapse of Afghanistan into chaos, the return of the oppressive Taliban Emirate, and the growth of the Islamist terrorist threat to Western security and values.

One side negotiating against a deadline is at a severe disadvantage when the other is not, and Ambassador Khalilzad has been operating under extremely complex conditions. But an agreement which fails to open the way to peace for Afghanistan will be a defeat for US leadership and values, and sacrifice US and Afghan interests in stability and security in that troubled region.

It remains to be seen whether ‘the prospects for peace have never been better,’ as hopeful observers suggest. Certainly a discussion with the Taliban about ending the conflict is to be welcomed. But hope is not a strategy, and there is little to suggest that the Taliban version of peace would be acceptable to the vast majority of Afghans or to the international community. Taliban representatives have privately told other Afghans that the United States is defeated and that they will restore the Islamic Emirate. While they suggest that Emirate would be less severe and barbaric, there is little doubt what that would mean for today’s Afghanistan.

A sound deal with the Taliban will make a durable peace agreement between the universally recognized Afghan government and the Taliban the sine qua non for discussion of the withdrawal of international forces. That negotiation, in turn, must take into account the reality, as demonstrated by the recent horrific ISIS bombing of a Kabul wedding hall, that future Afghan governments will likely require international assistance in combatting terrorism. They will without doubt require significant international donor support for a peace agreement. A new Taliban Emirate will be deserving of neither.

The irony of the United States’ engagement in Afghanistan today is that US President Donald J. Trump’s South Asia strategy, announced just two years ago, corrected shortcomings that had handicapped former President Barack Obama’s efforts to withdraw US military forces and establish a peace process. Knowing that Obama had a timeline for bringing US forces home, the Taliban had no incentive to negotiate, even as Obama repeatedly modified his timetable when it became clear that the US deadlines for the drawdown were too ambitious. In 2017, Trump agreed to restore US military capabilities needed to strengthen the military train and assist and counterterrorism missions, and to focus on creating the conditions for negotiations. His strategy for peace aligned three key elements for getting the Taliban to genuine negotiations:  bolstering the Afghan security forces; basing the reduction and eventual withdrawal of military forces on conditions and not artificial deadlines; and focusing on Afghanistan’s regional context,  particularly on ending the nefarious role of Pakistan in providing safe haven to the Taliban.

That strategy was aimed at success, including respect for the Afghan constitution and its protections for human rights, women, and a free media. It appears to be coming apart with the apparent re-establishment of US deadlines that are again unrealistic if, as Ambassador Khalilzad maintained, the objective is a peace agreement which allows withdrawal rather than a withdrawal agreement.

All three elements of the strategy might be vitiated. Reductions in US forces, much less a possible ceasefire between only the Taliban and US forces rather than a general ceasefire, will again undercut and demoralize the Afghan security forces. The deadlines and the ever-present threat of withdrawal by tweet encourage Taliban intransigence. There is speculation about an interim government to accommodate the Taliban, which would risk the end of democracy in Afghanistan. Washington appears yet again to have allowed Pakistan to avoid concrete action to change the calculations of the Quetta Shura—the Taliban leadership housed in Pakistan.

Afghanistan is neither a failed state nor a “forever war.” It is a struggling democratic, Islamic partner in the generational conflict between the civilized world to which most people, including Muslims, aspire, and extreme Islamist ideology and terrorism. The costs of US engagement in Afghanistan are much lower than in the past and sustainable. As with the Cold War, staying power will be required to win this ideological conflict. We can certainly be smarter and more effective. But as with Iraq, the costs of premature withdrawal from Afghanistan, with the prospects of peace unsecured, will be much higher. Among the more important of those costs will be the accelerated erosion of the notion that the United States is a reliable and durable partner when there is a price to be paid for leadership and defense of US values.