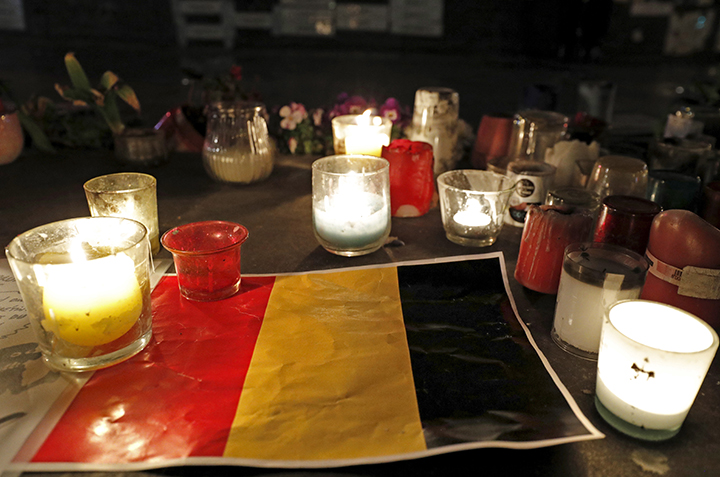 The terrorist attacks in Brussels represent a collective failure of Western intelligence, underscore the challenges radicalized young Muslims pose to Europe and the United States, but most of all are emblematic of what the Atlantic Council’s Barry Pavel describes as a “new normal.”

The Islamic State of Iraq and al-Sham (ISIS) claimed responsibility for the March 22 attacks—at Brussels’ main international airport and a subway station near the European Union’s headquarters—that left at least thirty-six people dead.

These attacks are “yet another tragic milestone of the ‘new normal’ that Europe, the United States, and their Mideast partners must endure,” said Pavel, Vice President, Arnold Kanter Chair, and Director of the Atlantic Council’s Brent Scowcroft Center on International Security.

The attacks in Brussels were widely anticipated after it was discovered that most of the assailants in a November 13, 2015, terrorist attack on Paris had their roots in the Brussels suburb of Molenbeek.

“We were fearing terrorist attacks, and that has now happened,” Belgian Prime Minister Charles Michel said at a news conference.

A four-month manhunt for the lone surviving member of the team of terrorists that attacked Paris ended with Salah Abdeslam’s arrest in Molenbeek on March 18.

Abdeslam’s arrest likely served as an accelerant for the terrorist plot to attack Brussels, said Michael Hayden, a former Director of the Central Intelligence Agency and an Atlantic Council board member.

The terrorists probably believed that they were “in a position of either use it or lose it in terms of the attack planning,” Hayden said in an interview.

It was evident that considerable planning had gone into the attacks because they were “sophisticated, sequential, and, sadly, very effective,” he added.

Michael Morell, a former Deputy Director of the Central Intelligence Agency and current member of the Atlantic Council’s board of directors, echoed that assessment.

The attacks have two implications for Europe—European governments have to do a better job of defending their countries and the US-led effort to degrade and destroy ISIS has to be ramped up, he said.

“When you are dealing with terrorists, absolutely the best defense is a strong offense. You have got to take the fight to them. The only way attacks in Europe end—and by the way, these attacks are going to come [to the United States] at some point, no doubt about it—is to remove their leadership from the battlefield and take away their safe haven and their caliphate,” he added.

The attacks represent a collective failure of US and European intelligence, according to Howard Gutman, a former US Ambassador to Belgium.

“Most people have been focusing on Molenbeek and the Muslim community there,” Gutman said in a phone interview from Brussels. “They have been surveilling people, and yet no one had an inkling of this.”

Morell said this goes to the crux of the challenge: getting solid, actionable intelligence.

Pavel contended: “Amidst historic chaos and disorder in the Middle East, including the world’s foremost extremist incubator in Syria due to the raging civil war there, Europe and the United States, and their Middle East partners, must significantly step up their military, homeland security, intelligence, cyber, and diplomatic efforts to thwart further attacks and begin to resolve the root causes of this extremist scourge.”

“Current policies are not working,” he added.

All those interviewed for this article said that there is a high degree of intelligence sharing between the United States and its European partners. But, obviously, still more needs to be done.

“We should work on perfecting sharing because we are looking at a common enemy that views us to be a common, indistinguishable target,” said Hayden. A bigger challenge, he said, would be improving intelligence sharing between European states where such relationships are circumscribed by privacy concerns.

Hayden, who has also served as Director of the National Security Agency, said the lesson that Europe can learn from the US experience disrupting terrorist plots is that “people have a right to privacy, but they also have a right to live.”

“This is not the old intel guy screaming for absolute license, but it is an intel guy saying the last conversation we had on this was hideously under-informed and skewed, so let’s do a do over,” he added.

Radical Islam has put down roots and flourished in Europe as a result of assimilation challenges across European societies and high rates of youth unemployment. The massive influx into Europe of hundreds of thousands of people fleeing wars in Syria, Iraq, and Afghanistan has considerably magnified this challenge. Youths are vulnerable to the sermons from radical imams at mosques and the entreaties of terrorist recruiters online.

A significant number of young European Muslims have traveled to Syria to fight alongside an array of armed groups with an equally broad range of ideologies. Many of these battle-hardened Europeans are returning home with a dangerous combination of military training and bleak future prospects.

“They are not working for Deloitte; they are sitting on stoops,” said Gutman.

Morell pointed to a larger problem.

“Everybody is focused on this particular event [the Brussels attacks] and how you stop these guys,” said Morell. “We are not having enough of a conversation at all about how do you stop people from becoming terrorists in the first place? How do we deal with the social, economic, and religious issues…Our lack of attention to that is not surprising given that we tend to be focused on people who are trying to kill us now. But we are not really going to get our arms around this problem until we as the international community—the United States, Europe and every Muslim country in the world—gets together and figures out…How do we stop the creation of these terrorists in the first place?”

Image: Candles are pictured around a Belgian flag at a makeshift memorial on the Place de la République in Paris, France, following bomb attacks in Brussels, Belgium, on March 22. (Reuters/Philippe Wojazer)