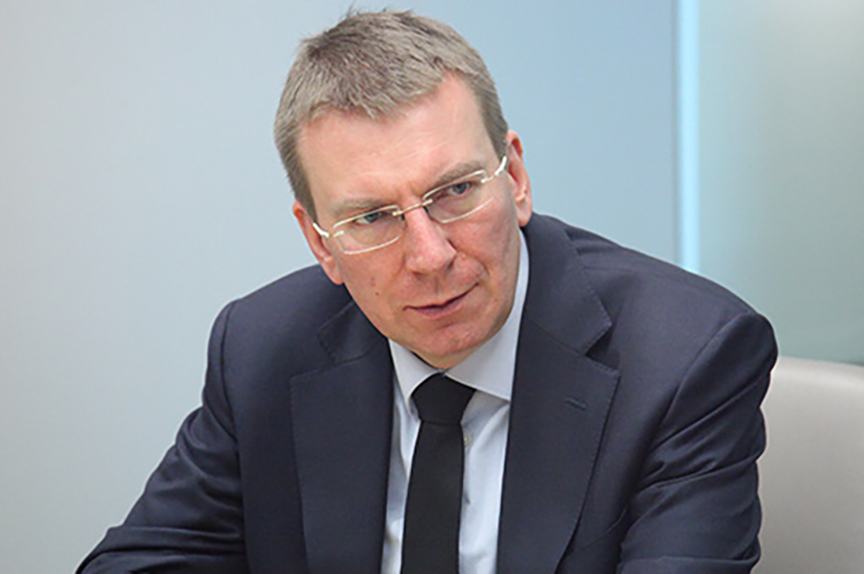 While the entire world carefully watches how 2017 unfolds, especially developments between the White House and the Kremlin, the Baltics are among those with the most finely-tuned binoculars.  Worst-case scenarios may be simply hypotheses for debate in other countries, but in Estonia, Latvia, and Lithuania they are part of daily geopolitical calculations as the Baltics navigate a very fine line of making sure their allies stay on high alert for Russian interference without portraying themselves as unduly alarmist or vulnerable.

Having covered the Baltics in 1991 as they struggled against Soviet occupation and regained independence, I went back to Riga almost twenty-five years after the demise of the USSR to see the impact of this speculation that one of them may become the theater for “World War III.” Such a development is, according to the most pessimistic accounts, quite possibly nigh, with the election of the NATO-knocking Kremlin-admiring Donald Trump as the next president of the United States.


Latvian Foreign Minister Edgars Rinkēvičs is not a man easily rattled. He arrived for our interview wearing an air of tired patience about the wave of foreign media interest, mine included, based on this sensationalist hypothesis. “Everyone outside Latvia should calm down,” he advised alarm bell-ringers who point to Crimea as a potential blueprint for Russian President Vladimir Putin’s designs on desirable Baltic territory.  “I would really suggest not to look at scenarios that we don’t find plausible,” he urged. “The WWIII scenario is not possible here.”

“People simply do not know the situation here,” Rinkēvičs explained, blaming that on similarities between Ukraine’s Crimea in 2014 and the Baltics in 1940 when Estonia, Latvia, and Lithuania were annexed by Moscow. The foreign minister pointed out that unlike Ukraine, Latvia is a member of the European Union and of NATO, which has boosted deterrence measures exponentially since Russia’s activities escalated in Ukraine.

He made the point that Latvians are among those who lose perspective sometimes, complaining about their standard of living in comparison to fellow EU members Germany or Denmark—forgetting that a different outcome in 1991 could easily have dictated the Russian way of life in Latvia instead.

Latvian troops are seen at Adaži military base in Latvia. More than 10,000 service members from the United States and twelve NATO partner nations participated in joint exercises across Latvia, Estonia, Lithuania, and Poland in June of 2016. (Teri Schultz)

Rinkēvičs was extremely appreciative of the new NATO measures, as the Baltics were asking for reinforcements long before the annexation of Crimea. NATO battlegroups of roughly 1,000 troops each will be deployed in each Baltic state and Poland early this year, with Canada heading up the multinational force in Latvia.  A couple hundred US paratroopers from the 173rd Airborne Brigade have been training in Latvia, along with a similar number in Estonia and Lithuania, since shortly after the Kremlin land grab and those partnerships will continue as well.

“Hearing some of the speeches in Moscow, that there is a kind of ‘mission’ to protect the Russian world, that we want to have now ‘greater Russia’ re-emerging, those deterrence measures were appropriate,” Rinkēvičs said.  He also expressed satisfaction that Latvia’s defense spending will reach the NATO-mandated 2 percent of GDP next year, conceivably removing Riga from the list of allies with which Trump is displeased for spending far less.

Military might boosted, Rinkēvičs believes Russian propaganda and cyberattacks are actually the bigger threat to not just the stability of Latvia, but of all European countries. He urged other EU governments to make stronger distinctions between sources of misinformation and news, using existing legislation to curtail the reach of the propaganda channels.

As for the implications of a Washington-Moscow thaw, Rinkēvičs said he’s keeping an open mind.  “As long as the principles of international law are being preserved,” he said pointedly, “we still shouldn’t rush to judgment to say this is ‘bad’ or this is ‘good.’”

At the same time, he recalled with a wry smile the attempts of previous US administrations at “rapprochement or restart or reset or looking into the eyes of the president and seeing the soul,” which end up, he noted, with the American side ultimately discouraged with Russian reluctance to genuinely improve relations.

“We will see—definitely—attempts by Russia to test the new administration, how far this administration is willing to go,” Rinkēvičs said, and “we are going to see the same with new governments that are going to be voted in Europe.”  What he said will be critical is that while staying “open-minded,” Western partners must stick to their fundamental principles. And here the foreign minister finally sounded slightly less sanguine.  “If we don’t, then I think we are going to see the collapse of the order as we know it,” he warned, with Europe and the United States as the biggest losers.