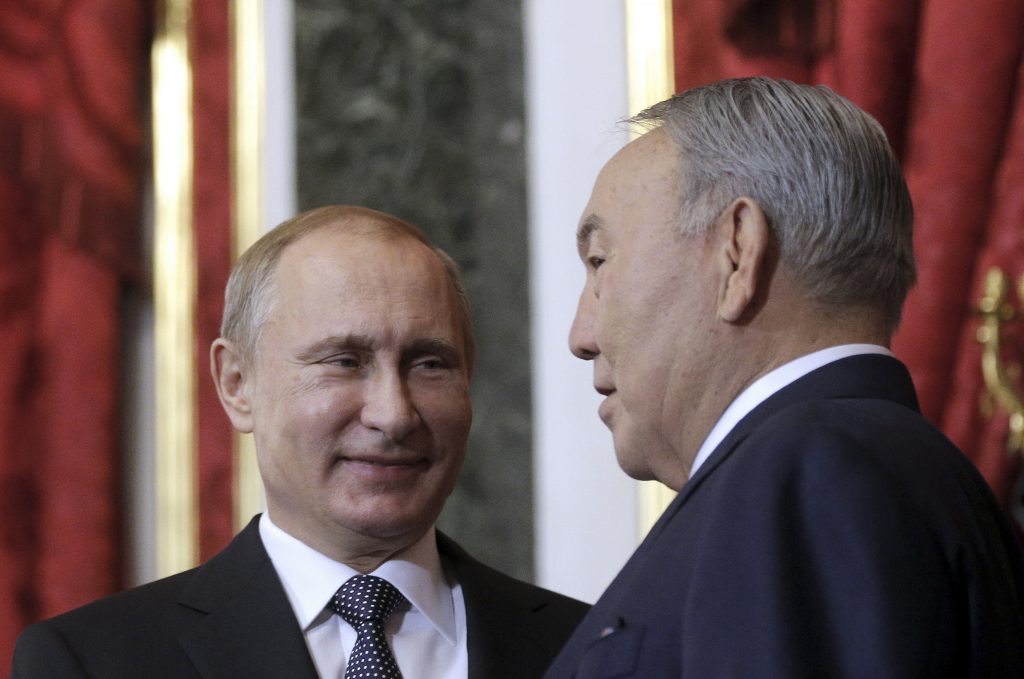 Despite the ongoing battles raging in Ukraine, more focus should be placed on the less obvious and often ignored opportunities for the West in Central Asia.

Kazakhstan and others fear that they may be next on Russian President Vladimir Putin’s revisionist and expansive foreign policy agenda and are making cautious attempts to reach out to the United States, Europe, and China in response. Not wanting to be subjected to more of Russia’s imperialist actions, such as its stranglehold on energy and the establishment of regional trade dependence, Central Asian states are seeking to diversify their international ties, while concurrently working with their large northern neighbor. To stabilize Central Asia, the United States needs to think in the long term and cast aside the thought of the “Russian zone of influence”, even if it means angering Russia now.  This will help cut down on Islamic extremism, while also developing regional trade partners and fostering the development of a stable region between Russia and China.

One of the primary reasons for the West to focus more on Central Asia is Putin’s actions in Ukraine. Putin has clearly demonstrated that Russia is not going to back down from asserting itself in areas that it considers within its sphere of influence. This “near abroad” concept, as it is known in Russia, is troubling for Central Asian leaders. According to Central Asia experts, Maciej Falkowski and Józef Lang, “Russian policy […] is grounded in the conviction of necessity of the defense of ‘canonical territory.’” Russia’s aggressive actions towards its neighbors is also unsettling because it could mean that the Kremlin may make territorial claims based on the presence of large, Russian-speaking minorities in Kazakhstan. This concern is heightened by the perception that with the major reduction of US forces from Afghanistan and the closure of the Manas Transit Center, Washington’s interest in Central Asia is receding. This concern even has a name: the Afghan “spillover.”

In the short term, Central Asian states still need to cooperate with Russia. For example, the regimes in Kazakhstan, Kyrgyzstan, and Tajikistan accommodate Moscow through trade and military agreements. Regional leaders fear that moving away from Russia could offend Putin and bring “little green men” to their doors. The Eurasian Economic Union (EEU) is important to Putin and does not seriously disadvantage the weak economies of Tajikistan and Kyrgyzstan. From a purely economic standpoint, however, a more independent and diversified path would be more beneficial to Kazakhstan, the economic powerhouse in the region. Kazakhstan and other Central Asian states need to cooperate with their large northern neighbor, but they also need to diversify their international ties. Oil-rich Kazakhstan and gas-rich Turkmenistan have already established a strong trade relationship with China. They also have much to gain by looking south to India.

There are also security concerns for the United States, Russia, and Central Asia that can be addressed through robust Western attention toward Central Asia. Drug smuggling operations from Afghanistan and the lingering threat from Islamic extremism challenge Central Asian security and provide an opening for cooperation between the United States, Russia, and China. The potential for extremist groups to recruit fighters from Central Asia and southern Russia, combined with cross-border attacks, is a huge concern to both Moscow and the regional capitals. In an interview on January 13, Kyrgyzstan’s Ambassador to Tajikistan, Miroslav Niyazov, stated that the Islamic State in Iraq and al-Sham (ISIS) “has become a real threat. It is an especially radical, combat-ready movement. Its supporters are among us. Intelligence agencies and the state as a whole should be prepared to counter this threat.” This reasoning, combined with the idea that the “weaker” Central Asian states need help from Russia, is the primary explanation for Russia’s military expansion in the Southern Periphery. This has also been solidified by continued cooperation (despite tensions) between members of the Shanghai Cooperation Organization, including Russia, China, and several Central Asian states. The United States and the West need to show a similar interest in Central Asia in order to help combat terrorism.

Such cooperation also requires an understanding between China, Russia, and the United States that all three powers have a role to play in the region. This understanding is something that Moscow, as it seeks to build up the EEU as a counterweight to the European Union, if not NATO, is currently lacking. Indeed, Russia’s anti-US sentiment is blinding it to the greater danger from China’s growing influence in the region. That being said, a quiet American proposal for joint work on combatting drug trafficking and terrorism might find receptive audiences in Moscow and Beijing, without seriously threatening either.

It would also be useful if these three powers agreed on the advantage of promoting trade within Central Asia. The absence of regional economic integration is a barrier to growth and stability and would be advantageous to the US, Russia, and China. This problem is recognized in Washington, less so in Moscow or Beijing. Again, a low-key US approach to Russia and China on the “New Silk Road” concept, if open to reasonable suggestions from those nations, might also help to develop at least a modicum of trust and cooperation from outside and within the region.

Blake Franko is an intern at the Atlantic Council’s Dinu Patriciu Eurasia Center.