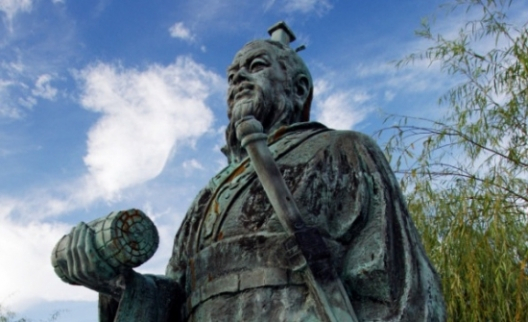 The ghosts of history continue to imperil the promise of an “Asian Century.” The latest in a troubling chain of events was the visit to Beijing recently by Japanese vice minister Akitaka Saiki aimed at mending frayed relations with China. Saiki had barely disembarked from his flight when the official Chinese media ruled out a summit proposed by Japanese prime minister Shinzo Abe. Misunderstood intent of Tokyo’s actions to purchase the Senkakus from private owners and jaw-dropping reinterpretations of history by Japanese officials have helped stoke anti-Japanese sentiment in China.

Over the past year, China has stepped up activities designed to underscore its claim to sovereignty over disputed islands, (called the Senkakus by Japan, Diaoyu by China), barren rocks under Japan’s administrative control inhabited only by some 150 goats. In late July, four ships from China’s newly unified paramilitary Coast Guard arrived to patrol waters near the disputed islands. At the same time, China sent a Y-8 turboprop early-warning aircraft into international airspace near Okinawa.

More than the immediate issue of disputed territory with Japan, China’s increasingly expansive definition of its “core interests” appears emblematic of an irredentist approach to Asia writ large. How to explain, for example recent articles in People’s Daily and Global Times raising the question of whether Okinawa—home to U.S. military bases and 1.3 million Japanese—and other islands in the Ryukyu chain should belong to China? Some might take it a step further and suggest Beijing may be in the process of seeking to revise the Asian order. That remains an open question.

In any case, subtle as a sledgehammer, the message seems clear: after a couple of bad centuries, the Middle Kingdom is back. China’s recent paramilitary posturing is part of an ongoing effort to declare its sovereignty over the disputed Senkaku/Diaoyu islets. For more than a year, China has been trying to make it impossible for Japan to maintain administrative control over the Senkakus through coercive paramilitary actions. This has been a part of a larger pattern of Chinese assertiveness: Beijing has also pursued activities “creating facts” to assert its claims to disputed islets in the South China Sea claimed by multiple nations. These claims are based on a “nine-dashed-line” Chinese map of the area, the basis of which is unclear and which is wholly incompatible with the UN Law of the Sea, which Beijing has ratified.

Regardless of the legitimacy of its historical claims, the intriguing question is: what is the endgame?

Where does China think this is going?

Washington has made clear that the U.S.-Japan security alliance applies to all territory administered by Japan. Japan does not even acknowledge the Senkakus/Diaoyu is disputed territory.

What Would Sun Tzu think?

It’s not the assassination of Archduke Ferdinand, but it is these sorts of accumulating altercations and rival nationalisms bumping up against each other that start wars. The timing of China’s assertiveness is particularly puzzling. Beijing’s new leadership under Xi Jinping faces daunting domestic challenges: environmental disaster, growing wealth inequality, an aging population and an economic growth model that no longer works. China’s political elite is well aware of all this and is trying to fashion sweeping economic reforms to move from investment-led, export-growth to consumer-led growth, expansion of services and more innovation. This is the principal challenge that will consume China over the coming decade.

Sun Tzu, China’s ancient master strategist, advised, “Appear weak when you are strong, and strong when you are weak.” In that vein, the architect of China’s modernization, Deng Xiaoping adopted “Hide your strength, bide your time,” as the guiding philosophy of his foreign policy.

Looking at the world through Xi Jinping’s lenses, Deng’s dictum would appear to remain a wise posture. Indeed, Deng’s wisdom in regard to the territorial disputes in the East and South China Seas resonates even more today. He recognized the insoluble character of the disputes and urged postponing sovereignty and pursuing joint development of resources. That logic led to a China-Japan 2008 accord to jointly develop resources around the Senkaku/Diaoyu islets, though that agreement fell apart in 2010 after an incident in which Chinese fishermen were arrested by Japan’s Coast Guard.

It is difficult to see how a pattern of activity and diplomacy fostering fears about China’s intentions across the region that is producing a bandwagoning with the United States and burgeoning intra-Asian security cooperation (e.g. Japan-Philippines, India-ASEAN) serves Beijing’s interests.

So what Chinese strategist decided this is the moment to antagonize virtually all their neighbors (remember China borders fourteen nations) from India to Vietnam and confront the United States—from the pivot to state-sponsored cyber hacking and IPR cybertheft? Of course, Chinese pundits fall back on their victim narrative to explain it all away: It is the U.S. “pivot” that has sparked instability in Asia. All was well until that encouraged Japan, the Philippines and Vietnam to assert their territorial claims. China merely reacted.

This narrative, which goes all the way back to 1842 and the Opium Wars, was understandable when China was a poor, third-world country. It is completely at odds with reality now. China, whose GDP mushroomed from $200 billion in 1980 to $7+ trillion in 2012, whose military has seen two decades of double-digit growth in defense spending—now estimated at $120 billion annually, second only to the United States—is by any measure a major regional and global actor.

It is particularly dangerous when a bully sees itself as a victim. In regard to Sino-Japanese relations, his nationalist predilections notwithstanding, Prime Minister Abe knows his vision for Japan will stand or fall on the success in reigniting Japan’s economy. He appears genuinely interested in reducing tensions with China. If the apparent lack of movement in Vice Minister Saiki’s recent diplomatic overture in Beijing is any indication, China would do well to rethink its policies toward Japan. After the anti-Japanese riots in more than a dozen Chinese cities last year, Japanese multinationals investment began to look for alternatives to China. With Chinese growth slowing, Beijing will need all the jobs it can get to maintain stability.

More broadly, it will be China’s ability to innovate in the knowledge economy of the twenty-first century—IT, 3D printing, robotics, nano and biotech, etc.—that will underwrite a prosperous future, not coercive diplomacy to assert uncertain claims to tiny islets in the East and South China seas whose offshore oil and gas potential would only meet a small fraction of Chinese energy demand.

At the end of the day, China’s behavior in Asia appears so counter to its long-term interests that one wonders about the decision-making process in Beijing. At a minimum, China needs to explain itself. Instead, we see a smokescreen of China promoting a campaign to create “a new type of relations among great powers” at the same time as they appear to many to be acting as a classic rising power.

Regardless of its ultimate intentions, Beijing would do well to dust off Sun Tzu’s The Art of War and rethink its foreign policy.

Robert Manning is a senior fellow of the Brent Scowcroft Center for International Security at the Atlantic Council. He served as a senior counselor to the UnderSecretary of State for Global Affairs from 2001 to 2004 and a member of the U.S. Department of State Policy Planning Staff from 2004 to 2008.