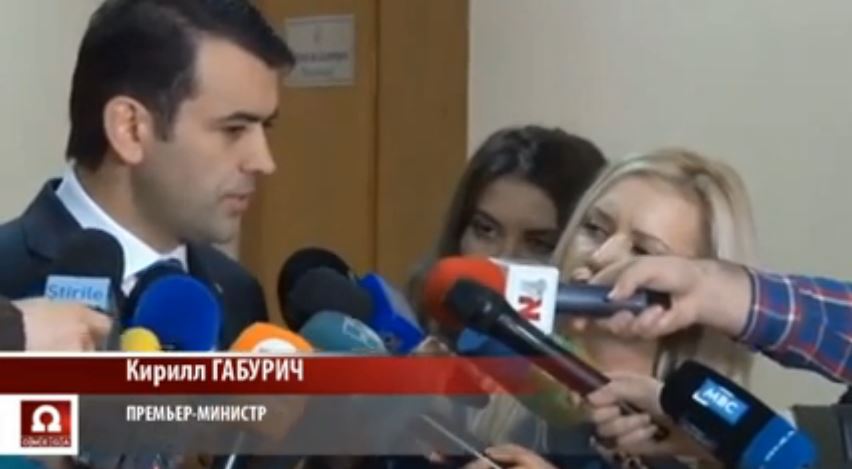 Moldova’s three-month-long political last week produced a surprise prime minister, Chiril Gaburici, who promised every effort “to ensure that by 2018 the country can qualify to sign an agreement on associate membership” in the European Union.

But as Gaburici, a cellular telephone company executive, takes up his first political post in replacing former Prime Minister Iurie Leanca, his real political mandate is unclear, according to Atlantic Council Senior Fellow Brian Mefford and other analysts. After Leanca failed to win a parliament majority last week for a new term, his Liberal Democratic Party and its coalition ally, the Democratic Party, got help from the Communists to elect Gaburici with 60 votes in the 101-seat chamber.

The two pro-European coalition partners this month gave up their effort to negotiate a coalition with the third Europe-oriented party, the Liberals, who had been demanding a greater share of government posts. Amid the political gridlock, Moldova’s economic crisis has only deepened, its currency dropping to a record low against the dollar last week.

Despite Gaburici’s vow, his minority government now will have to scramble to assemble ad hoc majorities in parliament for new laws to attack corruption and to enact reforms that might revive the stalled economy. Leanca’s government already was having difficulty advancing those agendas, and further failures to do so will risk losing the government popular support, notably in local election due later this year.

Voters clearly signaled in the November 30 election that their patience is running out with the high unemployment, declining living standards and failure to tackle corruption. That unhappiness is widening opportunities for Russia to build an anti-European political coalition in Moldova—and a failure of the pro-Europe movement in Moldova would strengthen Russia’s often-violent campaign to restore its dominance over Moldova, neighboring Ukraine, and much of Eastern Europe.

Gaburici, 38, headed “Moldova’s Moldcell mobile phone company from 2008 to 2012,” and then was CEO of Azerbaijan’s Azercell before resigning two months ago, Mefford writes in his political blog. “He is a newcomer to politics but is an in-law of former two-term President Vladimir Voronin, who heads the Communist Party.”

A ray of hope for a more stable government might be a split among the Communists, who “for years … have been divided between the true Communist ideologues and Voronin’s personal allies (typically capitalists),” Mefford notes.

He adds: “This may lead to the formation of a new ‘Social Democrat’ faction in the parliament, led by Voronin and his supporters. In the process he would jettison the more Marxist members of Communist faction who then would likely go into opposition with the pro-Kremlin Socialists. This would give the new government a center-left ideology (and majority) as opposed to the center-right bent of the last few years, but allow it to continue its European path. The nationalist Liberals are also likely to stay in opposition as they have been fierce opponents of Voronin in the past.”

The United States and its European allies still can take steps to help Moldova stick to its democratic, pro-European model, analysts from the Atlantic Council and elsewhere have said in recent months. Gaburici signaled his intent to sustain Moldova’s Europe-oriented path in part by re-appointing Foreign Minister Nataliya Gherman, who herself had been seen as a possible prime ministerial choice.

If unaddressed, the gridlock in Moldova’s politics risks undermining its recent years’ shift toward democracy, longtime Moldova specialist Vladimir Socor told RFE-RL last week. “What we have seen in recent years is a process similar to what happened in Russia under [President Boris] Yeltsin,” said Socor, an analyst at the Jamestown Foundation. “The fact that his system was presented to the public as a democracy discredited the very concept of democracy in the eyes of many Russian voters.”