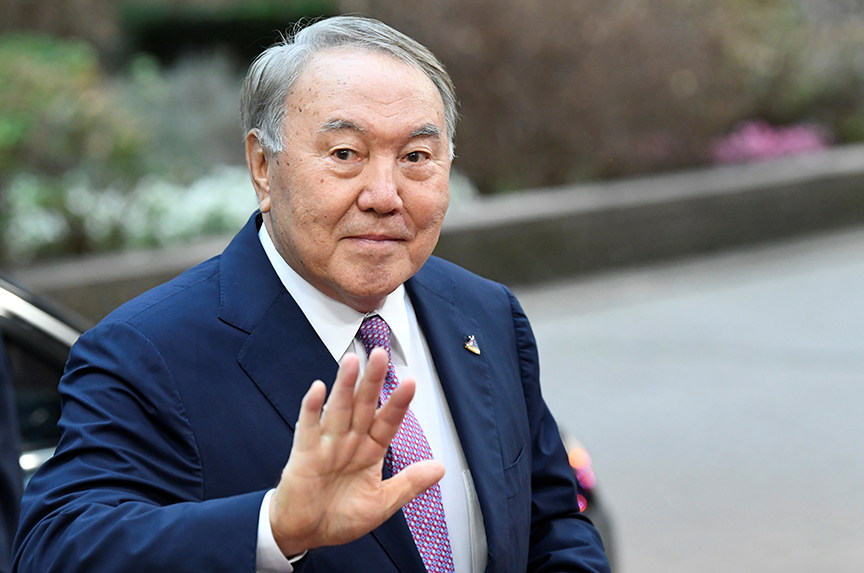 By resigning from the presidency after almost thirty years, Nursultan Nazarbayev may have given his greatest gift to Kazakhstan: a peaceful transition to a new generation following nearly three decades of stability—a stability that was likely solidified by Nazarbayev’s willingness to commit human rights abuses and corruption.

Nothing should be taken for granted. In general, transitions in the former Soviet Union have proved difficult, sometimes involving revolutions, internal coups, and last-minute changes in the succession before the new leader takes control.

But although Nazarbayev effectively became president-for-life in 2007 when he secured a right to contest presidential elections indefinitely, he has in fact been planning carefully for at least twelve years to ensure a smooth transition in the event of his retirement or death in office.

And at a time when Kazakhstan faces tough economic choices and a potential for increasing social unrest as a result of its over-dependence on oil and gas revenues, the need to avoid political turmoil is crucial.

The key figure in the transition is Kassym-Jomart Tokayev (also spelled Qasym-Jomart Toqaev), a former prime minister and foreign minister. Under constitutional changes that became effective in 2007, the president of the Senate would supervise the succession in the event of the president’s demise or departure from office—and Tokayev was the man whom Nazarbayev entrusted with that role. Apart from a stint as a United Nations undersecretary from 2011 to 2013, Tokayev, an erudite linguist, has held that position since then.

As of March 20, when Nazarbayev’s resignation becomes effective, Tokayev will carry out the rest of Nazarbayev’s term, until fresh presidential (and parliamentary) elections are held next year.

In Kazakhstan’s clan-dominated politics, Tokayev is regarded as a trusted and respected neutral figure.

However, Tokayev now faces a tough challenge. In his resignation statement, Nazarbayev declared: “As the founder of the independent Kazakh state I see my task now in facilitating the rise of a new generation of leaders who will continue the reforms that are under way in the country.”

Resigning from the presidency does not mean retiring from politics; Nazarbayev has said he intends to retain his positions as leader of the Nur Otan party, which dominates parliament, and that he would continue to chair the country’s Security Council, which determines the principal security, foreign, and economic policies.

So Tokayev now has to balance running an executive presidency and the continuing activities of his great friend and colleague. Tokayev will still have to tackle the question of whether Nazarbayev’s own family, notably his son-in-law, Timur Kulibayev, will seek to take advantage of the patriarch’s decision to step down in order to advance their own interests. Nazarbayev has three daughters—Dariga, Dinara, and Aliya—who are all powerful women in their own right. Dariga has long promoted herself as a great host for international gatherings; Aliya runs the Elitstroy construction company, which has built many of the country’s steel-and-glass office blocks, while Dinara Kulibayeva jointly controls the giant Halyk Savings Bank with her husband Timur.

Kulibayev is certainly ambitious. He has headed most of Kazakhstan’s principal energy and wealth enterprises and for the last ten years has headed the Kazenergy industry association, which groups the country’s various energy companies and enterprises and hosts its biggest annual energy policy conference. He has long been spoken of as a potential successor to Nazarbayev, but to secure that position he would almost certainly need Nazarbayev’s blessing.

One issue that Tokayev himself may have to resolve concerns the preservation of the Nazarbayev family’s privileged position in Kazakh public life at a time when Kazakhstan is supposed to be opening up to a new generation of leaders.

These will not be easy times. The oil wealth that has fueled the country’s development saw per capita income rise to more than $13,500 by 2013, but then the fall in energy prices brought devaluation with it, and per capita income in 2015 was halved to just $6,800. It has recovered since then, but not fast enough to satisfy Nazarbayev himself, who sacked the cabinet on February 21 because living standards were not improving.

And the oil sector continues to pose problems. The development of the supergiant Kashagan field has been immensely problematic. On March 18, the government announced that production at Kashagan would be cut back from previous levels of around 300,000 to 350,000 barrels a day by almost 200,000 barrels a day in order to meet Kazakhstan’s commitments under the OPEC plus cutback agreements. But slashing more than half the production of a major field that is still under development, and which at one stage was planned to produce 1.5 million barrels a day, may also reflect internal field conditions.

In international relations, Kazakhstan will still have to perform its consistent balancing act between Moscow and Beijing to ensure the security of its Russian-speaking areas in the north and the preservation of economic independence from its massive neighbor to the east.

Nazarbayev has long admired Singapore. It would not be surprising if he did not seek to emulate Lee Kuan Yew, prime minister of the island state from 1959 to 1990. When Lee left that office, he continued to play a significant role in policymaking for another twenty-one years, first as senior minister and then as minister mentor.

For Nazarbayev himself, full retirement remains unlikely, even when his succession is resolved. He holds a peculiar position in post-Soviet society, not least because he was once considered the first non-Russian who might have risen to the highest authority in the former Soviet Union. The prominent role that Nazarbayev himself—and members of his family—will likely play in public life could pose challenges to Tokayev and any long-term successor; Kazakhstan will grapple with Nazarbayev’s legacy for the foreseeable future.

Image: Kazakh President Nursultan Nazarbayev waved to supporters after his victory in the presidential election was officially announced in Astana, Kazakhstan, on December 5, 2005. Nazarbayev announced on March 19, 2019, that he was resigning after almost thirty years in office. (Reuters/Stringer/File Photo)