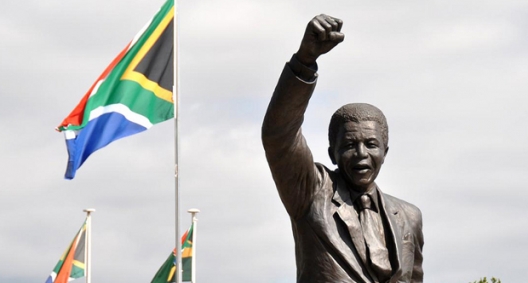 The passing of former South African President Nelson Rolihlahla Mandela is a loss not only for his beloved South Africa, but also for Africa as a whole and, indeed, for the world. Mandela will be rightly remembered as one of the great figures of our time. The manner in which he led his country’s transition from a racial dictatorship to a democratic state alone would have secured his place in history, but it was the example he left with his broad vision and pragmatic approach that will perhaps be his lasting legacy to those who follow.

Mandela, or “Madiba” as he was affectionately known by millions of South Africans, was an undeniably heroic figure. At his trial in 1964, he declared, “I have fought against white domination, and I have fought against black domination. I have cherished the ideal of a democratic and free society in which all persons live together in harmony and with equal opportunities. It is an ideal which I hope to live for and to achieve. But if needs be, it is an ideal for which I am prepared to die.” His conviction was never shaken through the ensuing twenty-seven years in prison that, as he wrote in a prison memoir, “one day all men, the exalted and the wretched of the earth, can live as equals.”

But to accomplish such a vision requires pragmatism. While still imprisoned, in 1988, he secretly offered to open negotiations with the apartheid regime and when, a year later, F.W. de Klerk took over from the hardline Afrikaner nationalist P.W. Botha, he had the a partner with whom to engage. In 1993, the two men shared the Nobel Peace Prize and, in May 1994, Mandela was inaugurated as president of the new South Africa with de Klerk as deputy president. The Truth and Reconciliation Commission he established under Archbishop Desmond Tutu gave South Africans of all races an opportunity to confront the past without giving rise to endless recriminations. General respect for the rule of law and property rights spared South Africa the trauma of neighboring Zimbabwe’s wholesale descent into basket-case status and delivered consistently positive, if not spectacular, economic growth—giving the lie to those who predicted disaster in the wake of majority rule. Mandela ultimately served only one term in office, although he could have been reelected indefinitely—his graceful exit proving another step in consolidating the young democracy.

As Frans Cronje of the South African Institute of Race Relations highlighted earlier this week in presentation at the Atlantic Council, the accomplishments of post-apartheid South Africa are significant, not only in terms of the maintenance of constitutional order and democratic practice, but in the improvements to the day-to-day lives of millions whom the old regime had systematically marginalized. Not many African countries north of South Africa could say the same about their government twenty years after independence. Yet, much remains to be done as the effects of the decades of institutional racism cannot be erased in such a short time. While there is a burgeoning black middle class, high levels of unemployment and underemployment persist. Youth unemployment, especially in rural black communities, approaches 50 percent. Moreover, there are worrying signs of backsliding by Mandela’s successors on a range of governance and democracy indicators.

In Mandela, the greatness of soul that dreamed large was matched by a wisdom of mind directed to political realism. That grandeur is a rare combination, one which those who would be his heirs in South Africa and elsewhere on the continent will need to aspire to if they are to ever realize the vision of Madiba.

J. Peter Pham is director of the Africa Center at the Atlantic Council. He was the 2008 winner of the Nelson Mandela International Prize for African Security and Development, awarded jointly by the Nelson Mandela Foundation (founded by the late President Mandela), the Royal United Services Institute, and the Brenthurst Foundation.