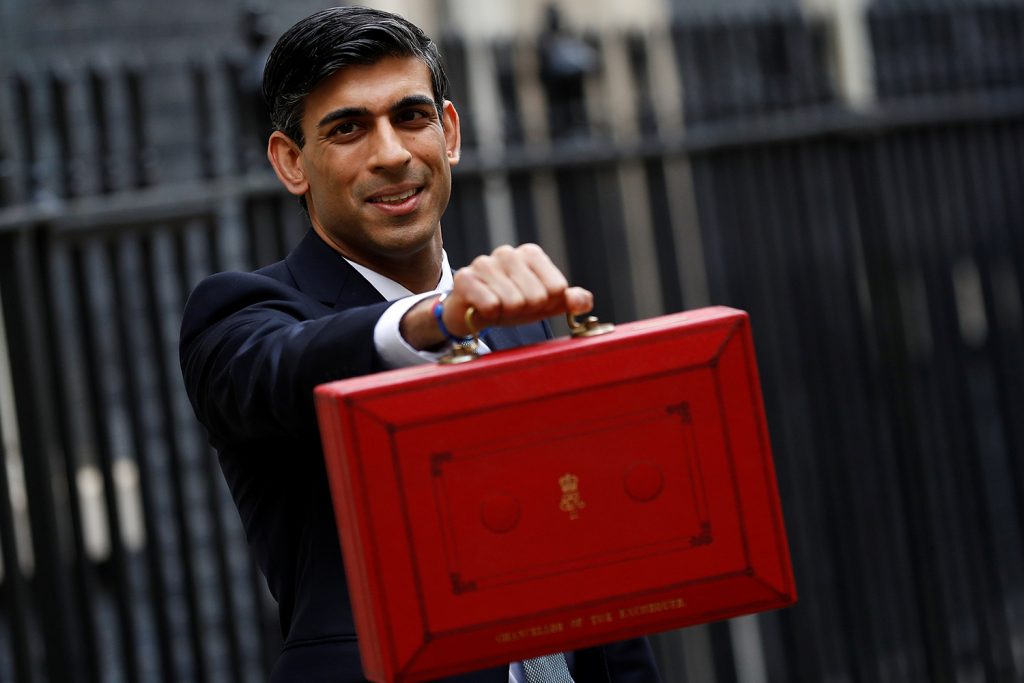 Britain’s finance minister, Rishi Sunak, has just delivered a master class in how a government should tackle both the health and economic consequences of the coronavirus pandemic.

Sunak, Chancellor of the Exchequer for less than a month but already looking every inch a prime minister, unveiled the biggest fiscal boost to the economy for thirty years, including no less than £30 billion in spending to tackle the impact of the outbreak.

Delivering his first budget—and the first for the UK’s post-Brexit—Sunak commanded the House of Commons as he calmly and coolly delivered a set of government declarations and measures for tackling coronavirus before adopting tub-thumping rhetoric to announce the Government’s plans to stimulate a flagging economy.

Sunak’s opening statements were focused on coronavirus and, as he spoke, the TV cameras in the House of Commons picked up a number of coughs amongst his fellow front benchers, a potentially worrying development given that Sunak was addressing a packed house less than twenty-four hours after one of his government colleagues, the junior health minister Nadine Dorries, had been diagnosed with the virus. Britain currently has some 460 confirmed cases of coronavirus.

Sunak said the cost of his extraordinary measures to support businesses, the self-employed, and “the most vulnerable in society” would total £7 billion this year, whilst a further £18 billion would be allocated to support the economy this year. Factor in the £5 billion for the National Health Service (NHS) and this amounted to an emergency package totaling £30 billion, an amount that no one would have anticipated when he first took office four weeks earlier. Moreover, Sunak stressed, if any further action is required “I will not hesitate to act” and will provide “whatever extra resources” are needed.

Coronavirus, Sunak acknowledged, will adversely impact the UK’s economic growth, which is now expected to grow by just 1.1% this year. The chancellor stressed he was working closely with the Bank of England, which, just a few hours before Sunak began his speech, slashed its key interest from 0.75% to 0.25% whilst warning that coronavirus would inflict a “sharp and large shock” on the UK economy.

Sunak’s own prescription for longer-term growth was a classic Keynesian reliance on major infrastructure investment, including £600 billion for railways, roads, and high-speed internet delivery over the next five years. There will also be cash for new housing developments. With a couple of significant exceptions, details concerning specific projects will generally be announced subsequently by the relevant ministers. But there will be funds for both the new high speed railway to link London with the North of England and for improved railways between the major cities of the North, while plans for a key highway to bypass the ancient monument of Stonehenge—or possibly to be diverted through a tunnel in the area—will be funded.

By this stage, Sunak was managing to match precision with passion. With his own spin on the Conservatives’ election-winning slogan last December “get Brexit done,” Sunak created his own mantra. “This budget gets it done,” he roared repeatedly as he unveiled yet another spending commitment. “We promised…we’re getting it done,” he bellowed, to massive Conservative applause.

There were elements of greenery to demonstrate that the Government, in words at least, remained committed to tackling climate change and to delivering net zero carbon emissions by 2050. Some taxes on natural gas will increase, but electricity taxes are frozen, which will aid the renewables industry. Ultra-low tax rates for “red diesel,” the fuel used by businesses and farmers that is taxed much less than regular diesel, will be scrapped for road haulers and small businesses, but retained for farmers and railway operators. But implementation will be deferred for two years.

There will also be some £800 million made available to back projects for carbon capture and storage and a £640 million “nature for climate fund” to protect natural habitats and to fund 30,000 hectares of tree plantations. Emergency cash for flood defenses, hit hard by a series of extraordinarily heavy floods due to climate change, will be doubled to £5.2 billion.

“We promised to protect our environment. We’re getting it done,” Sunak thundered.

However, as every Conservative chancellor has done for the last ten years, Sunak once again refrained from implementing a supposedly automatic annual increase in taxes on regular diesel and gasoline for at least another year.

Sunak, at thirty-nine, is one of the youngest politicians ever to become chancellor. At the time of his appointment on February 13—when his predecessor, Sajid Javid, quit rather that see his advisers sidelined by the seemingly all-powerful prime ministerial aide Dominic Cummings—he appeared to have an impossible task. He had little time to revise Javid’s planned budget, which was focused on ensuring growth for an economy that was expected to be adversely impacted by Britain’s departure from the European Union on January 30 but which now had to tackle the almost incalculable economic consequences of coronavirus.

There was, of course, considerable criticism of Sunak’s budget from the opposition, much of it along the lines that while these measures were fine, many of them were needed to compensate for previous government cuts and should have been introduced much earlier. A more serious criticism is that Sunak’s budget speech did not really address the issue of where the funding for all these this new spending would come from, although the answer to that is obvious: borrowing, especially now that interest rates are at record or near-record lows.

Overall, it was a slick and effective job, one that marks Sunak out as both a future contender for leader of Britain’s ruling Conservative Party and as a potential prime minister.