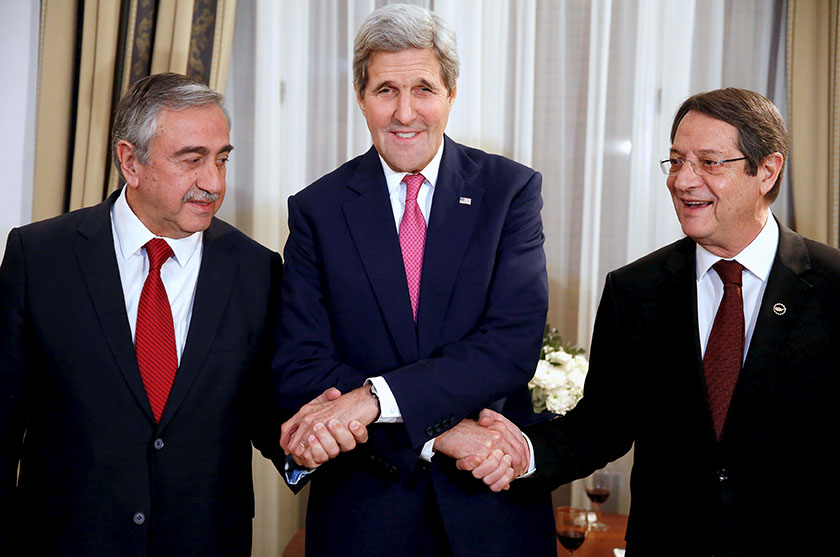 For many years, the European Union and NATO have straddled the bounds between cooperation and competition. Even with the formal establishment of the EU after the Cold War, NATO continued to serve as a defense guarantor for Europe. Yet, as the EU expanded its capabilities as a security actor, adding the military element of its Common Security and Defense Policy (CSDP), policymakers have raised significant questions about the role of each organization. Attempting to evolve with the changing global security environment, the EU and NATO have inherited an ambiguous set of overlapping and competing tasks. Beyond this, neither organization has a clear vision or plan to coordinate their actions in today’s context. Despite repeated calls for cooperation, the Turkey-Cyprus issue has continued to prevent a genuine EU-NATO partnership.

Now, the EU and NATO may be ready to turn the page on their dissonant and unproductive past. With the transatlantic community facing an unprecedented range of threats, the EU and NATO are seriously reevaluating their approaches to security. Both organizations were unprepared for the major crises of 2015, including the explosive rise of the Islamic State of Iraq and al-Sham (ISIS), the massive influx of refugees to Europe, and continued Russian aggression in Ukraine and beyond. Deeper coordination between the EU and NATO is imperative to better address these issues and the crises that 2016 will bring. While it has always been important, now it could actually be feasible. Here are three reasons why:

A Cyprus Settlement on the Horizon

The frozen conflict in Cyprus has remained one of the major obstacles to EU-NATO cooperation. The Mediterranean island has been divided between Greek and Turkish Cypriots since 1974, when Turkey invaded after an attempted military coup supported by the Greek government. Conflicting territorial claims resulted in the partitioning of the island, and several failed attempts at peace negotiations. Turkey (a NATO but not an EU member) has consistently prevented the provision of NATO assets to the EU, while Cyprus (an EU but not a NATO member) has repeatedly blocked EU proposals for NATO cooperation due to the enduring Cyprus stalemate. Though internal Cypriot negotiations have been ongoing for decades, 2016 presents a new window of opportunity.

The Greek and Turkish Cypriot leaders—both unionist moderates—appear sincerely committed to achieving a “bi-zonal” solution. Severe economic struggles on each side have heightened incentives for a deal, which could pave the way for energy partnerships and substantial financial benefits. Turkey is also seeking a settlement, which would represent a much-needed foreign policy win amidst Ankara-Moscow tensions and spillover from the Syrian conflict.

An agreement would open the door for new levels of EU-NATO cooperation on defense, crisis management, and political issues.  It would also be a major breakthrough for EU-Turkey relations, which have just begun to ease after a pragmatic deal to cope with the influx of Syrian refugees.

Despite these favorable conditions, any deal must be approved in a referendum, which will be no small feat. However, with negotiations looking promising and leaders expressing newfound hope, prospects are greater than ever before for a Cyprus settlement and the security cooperation that could follow.

The Drafting of the EU Global Strategy

The increasingly visible effects of the Syrian conflict and ISIS are changing the way Europeans conceptualize security. To outline clearer goals in a global environment that is more “connected, contested, and complex,” the EU’s High Representative for Foreign and Security Policy Federica Mogherini has begun drafting an EU Global Strategy on Foreign and Security Policy to be released in June.

A key objective of the global strategy is to strengthen the Union’s CSDP by “developing synergies” among internal and external security policies and bolstering partnerships with other organizations, particularly NATO. The EU, though not a military union, has openly noted the importance of the “D” in CSDP. Witnessing its own difficulties with force generation, readiness, funding, logistics, and diverging member state priorities, the EU has also recognized the need for deeper coordination with NATO.

The global strategy gives policymakers the chance to bring EU-NATO cooperation to the front of the debate and spell out specific changes to the way the two organizations interact. If crafted appropriately, it could play a crucial role in generating political will to support greater EU-NATO security and defense cooperation at a time when Europe needs it most.

Just one month after the EU strategy is set to be released, NATO will host its seminal 2016 Warsaw Summit. Like the EU, NATO is struggling with this new set of complicated and interconnected security challenges. Increasing demands such as hybrid warfare in the east, asymmetric threats in the south, and cyber security concerns require more integrated and comprehensive responses.

The Warsaw Summit will undoubtedly initiate a discussion about the capabilities required to address these threats. Here, NATO and the EU, with their many complementary, yet untapped, assets have a critical role to play together.

With transatlantic leaders all in one place, the Summit presents a rare opportunity to capitalize on the EU’s new strategy initiative. NATO leaders can use this energy to make concrete proposals, or even structural changes, to increase EU-NATO cooperation, specifically in areas of intelligence sharing, counterterrorism, border management, securing shipping routes, airlift capacity, and interoperability.

Taken together, the three factors above forge a new path for EU-NATO cooperation. With the potential to offset a major obstacle in Cyprus and align strategic priorities, now is the time to put EU-NATO cooperation back on the agenda.

Lauren Speranza is a Program Assistant in the Transatlantic Security Initiative of the Atlantic Council’s Brent Scowcroft Center on International Security.