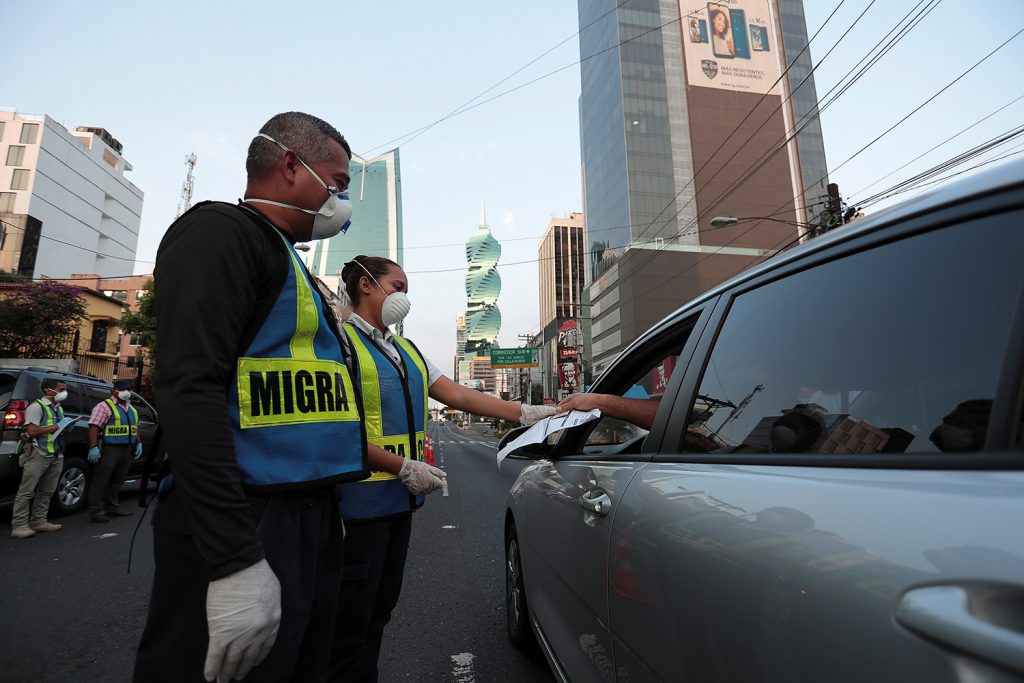 Three weeks ago, with eighty-six cases of COVID-19, experts in Panama estimated a worst-case scenario of 600 cases by the end of March. Yet as of April 6, there are now 2,100 confirmed cases and fifty-five deaths due to the novel coronavirus. Despite increased efforts to flatten the curve, Panama has the highest number of COVID-19 infections and deaths per capita in Latin America. Although the leader in absolute numbers is Brazil—also the first Latin American country to report a case of coronavirus, on February 26—the fastest to reach one thousand infections was Panama, which only needed twenty-two days as opposed to twenty-five in Brazil, twenty-four in Ecuador, and twenty-three in Chile.

The outbreak will have severe economic consequences for Panama, which is experiencing its weakest economic expansion since the global recession of 2009, but the shock does not end there: from a constitutional perspective, there will certainly be implications for a country characterized by corruption, impunity, and inequality.

Panamanian President Laurentino “Nito” Cortizo has been clear in his intentions of prioritizing citizen’s health over the national economy. On March 26, for example, Panama became the first country to sell sovereign bonds on the international market in two months, issuing international bonds with a 4.5 percent interest rate for $2.5 billion. “With these funds, we will secure additional resources to attack this health crisis and other needs of the population,” the Ministry of Economy and Finance (MEF) said. The MEF also announced it would request additional funding from multilateral institutions but failed to explain how it plans to revive the economy, especially given that the country’s national debt grew by $5 billion in 2019 alone, totaling $31 billion (approximately 44 percent of the country’s gross domestic product).

From a public health standpoint, the Panamanian government has followed recommendations from international organizations and surrounded itself with scientists from the Pan American Health Organization (PAHO)—a dependency of the World Health Organization. Although the Cortizo administration has assured Panamanians that it is following international best practices, the country’s health care system—deteriorated and precarious after years of neglect, politicization, and corruption—lacks the capacity to deal with the pandemic. There are less than nineteen intensive care beds remaining in the country and around thirty-five ventilators, and health professionals have protested against long shifts and a lack of protective personal equipment (PPE) to treat COVID-19 patients. Although the government announced that a modular hospital under construction would be ready for use in less than three weeks and a donation of 5,000 COVID-19 tests as well as masks and ventilators from the Chinese government, there are only fifty intensive care physicians in Panama to serve the country’s coronavirus patients.

The government has also announced drive-thru tests as part of its approach of conducting widespread testing which, at least in the case of Germany, has been linked to the lowest mortality rate in Europe as opposed to other countries’ decisions to only test symptomatic cases. Already, Panama leads in the number of tests carried out in Central America. An increased testing capacity could certainly be an explanation for why the number of cases is significantly higher in Panama than in other Central American countries, for example, El Salvador (seventy-eight), Guatemala (seventy-five), Honduras (305), and even Costa Rica (467). Another possible explanation for Panama’s high infection rate is that its position as a strategic chokepoint due to the Panama Canal and Tocumen International Airport—one of the busiest transit points in Latin America—exposed the country to a higher risk of coronavirus infections than its less-connected Central American neighbors.

Indeed, on April 1, Panama’s leading medical research institute, Instituto Conmemorativo Gorgas de Estudios de la Salud (The Gorgas Memorial Institute for Health Studies, ICGES)—which is operating with less than half the budget it requested for this fiscal year—finalized the sequencing of forty-one complete SARS-CoV 2 genomes which showed the outbreak in Panama has been due to the introduction of the virus from eight different places: four from the United States, three from Europe, and one from China.

Following the outbreak in Panama, President Cortizo suspended classes, halted flights, closed most commercial establishments, and restricted entry of non-nationals and non-residents into the country. On March 23, the government decreed a nationwide mandatory quarantine, in which movement restrictions included windows of time, intended for essential purchases, based on individuals’ last digit of their cédula (personal ID) or passport.  Due to the large number of people ignoring the quarantine, a week later the government implemented enhanced measures based on gender, with men allowed to leave their home on some days and women on others.

At the end of 2019, unemployment in Panama reached 7 percent and, according to labor experts, Panama could close this year with an unemployment rate of 10 percent due to coronavirus. In addition to unemployment rates, informal workers—who make up 45 percent of Panama’s economically-active population—have been forced to stay home due to mandatory quarantine, unable to earn a living. Amidst these statistics, the measures of social control imposed by the government have not been accompanied by sufficient or reasonable economic aid measures. The government was late in aiding the informal sector and those unemployed, launching only in March 30 the plan “Panamá Solidario.” The plan consists of the delivery of vouchers and food boxes to informal workers, unemployed people, and people whose jobs have been suspended due to coronavirus, but the distribution of these has been highly politicized as it is distributed by local government officials with allegations of clientelism.

Several executive decrees issued by the government in response to the coronavirus have implications for the exercise of constitutional rights, in particular Articles 27, 38, and 47. Article 27 refers to free transit throughout the national territory; Article 38 to the right to peaceful assembly; and Article 64,to the right to a minimum wage or salary. To enforce order, curfews, and prevent looting, the government of Panama deployed personnel from the National Police (Policía Nacional), the National Naval Air Service (Servicio Nacional Aeronaval- SENAN), and the National Border Service (Servicio Nacional de Fronteras- SENAFRONT), militarizing the coronavirus response.

On April 7, Panama’s oldest daily newspaper, “La Estrella de Panama,” revealed that more than eighty agents are under observation for coronavirus symptoms. According to the newspaper, that number is suspected to be much higher, with authorities conspiring to keep the number a secret due to an issue of national security. “If criminals learn that the police are affected, they might take advantage of this weakness to increase their misdeeds,” said one source.

As mentioned above, despite orders from authorities, a portion of the population insists on leaving their homes without a justified reason. Thus far, armed forces have detained almost 7,000 people for violating curfew.

Certainly, Panama faces its biggest crisis since the political and economic catastrophe of 1987-1989, when the abuses of the dictatorship and the steep drop in GDP—1.8% the first year and 13.4% the second—plunged Panamanians into despair. The legal measures adopted by the government imply challenges to the institutional framework and the exercise of individual and social rights, opening the door for armed forces to abuse the power that has been unconstitutionally conferred on them through cabinet resolutions and executive decrees. It is evident that social distancing measures affect the national economy, especially in a country where average wages are not enough to cover basic needs, social security is extremely flawed, and informality covers almost half of the economically-active population. Social distancing will strongly affect consumption in Panama as in other countries, but Panama’s strongest economic sectors—transportation, logistics, banking, and tourism—will also be affected by the crisis. For example, before the pandemic, Panama received nearly $5 billion annually in tourism. But every month that Panama continues to be isolated from the world due to the coronavirus represents a loss of $381 million per month.

In the short term, the following actions can be taken by the government to tackle the coronavirus pandemic, acknowledging the social, economic, and constitutional considerations outlined above:

Image: Police officers check the documents of a driver during the curfew as the coronavirus disease (COVID-19) outbreak continues, in Panama City, Panama March 31, 2020. REUTERS/Erick Marciscano