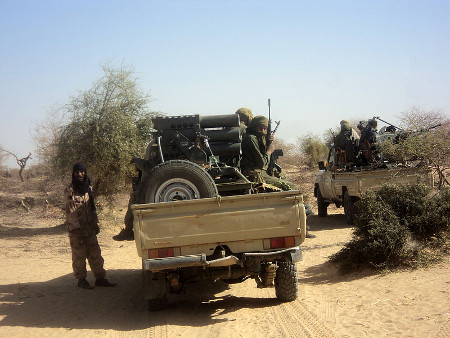 To make sense of our complex world, we rely on paradigms to offer insights to solve problems. After World War II, for example, the dominant paradigm was the Cold War, which envisioned a world divided between free and unfree or democratic-capitalist and authoritarian-socialist countries. The paradigm prevented global cooperation and miscalculations almost led to war. While there was a Non-Aligned Movement, the West-East paradigm prevailed with significant risk of nuclear annihilation.

When the Berlin Wall fell, so did the Cold War paradigm. The order (and disorder) that ensued in the 1990s was driven by conflicting ideas of self-determination leading to the redefinition of statehood throughout the world and integration through trade. While the European Union may have been realized if the Cold War persisted, it is unlikely that the World Trade Organization would have evolved to encompass both democracies and authoritarian states. Brazil, Russia, India, and China could not have been conjoined without this integration paradigm of globalization. As opposed to nuclear war, the greatest risk was capital flight, housing bubbles, and interest rates.

International terrorism sought to disrupt global integration and reject the dominant paradigm of globalization. To be sure, there were immediate economic consequences of the attacks in the United States and Europe, in addition to the ensuing costs of military responses. Yet, trade recovered quickly, immigration rebounded, and (despite new security and visa restrictions) travel did not stop. There were temporary fractures among the United States and its partners over the “global war on terrorism” paradigm, but international terrorism did provide a common threat reuniting traditional allies, old friends, and new partners.

With bin Laden dead and central al-Qa’ida largely silenced, concerns for terrorism have shifted back to local groups such as Boko Haram in Nigeria, TTP in Pakistan, and the various al-Qa’ida branches in the Middle East and North Africa. Talk of caliphate has given way to unease for drone warfare. It seems there is a relative comfort in understanding terrorism and today’s debates center on the merits of kinetic responses, efficacy of development programs, and information sharing mechanisms.

The same cannot be said about cyber, which is displacing concern for nuclear proliferation and terrorism. Earlier this month, James Clapper, the US Director of National Intelligence, offered an assessment of worldwide threats to US national security emphasizing the cyber threat. He judges “there is a remote chance of a major cyber attack against US critical infrastructure systems during the next two years that would result in long-term, wide-scale disruption of services, such as a regional power outage.” The effect of this assessment is visible in the media coverage of cyber attacks, the new cyber institutions created in the US government and the growth in the cyber workforce during budget reductions.

The future need not be grim.

Jay Healey, who leads the Atlantic Council’s Cyber Statecraft Initiative, offered five possible futures for cyber conflict and cooperation. Ranging from status quo to cybergeddon, Healey sees cyber emerging as a conflict domain with a “flurry of organized and unorganized violence,” but new norms and regimes will keep cyberspace “generally as stable as the air, land, space, and maritime domains.”

Healey reminds us in the cyber conflict domain scenario that today’s world is not entirely conflict free (consider civil war in Syria, stability operations in Afghanistan, or terrorism in Nigeria), but these conflicts are largely contained and seldom disrupt the greater international system. Just as the world has become accustomed to (or at least ignorant of the threat from) nuclear weapons, genocide, illicit trafficking, or terrorist attacks, cyber norms will emerge providing a sense of comfort when a website is down or the lights flicker–every cyber attack we experience is not a prelude to war.

Derek S. Reveron, an Atlantic Council contributing editor, is a professor of National Security Affairs and the EMC Informationist Chair at the U.S. Naval War College in Newport, Rhode Island. The views here are his own and do not necessarily reflect US government policy.