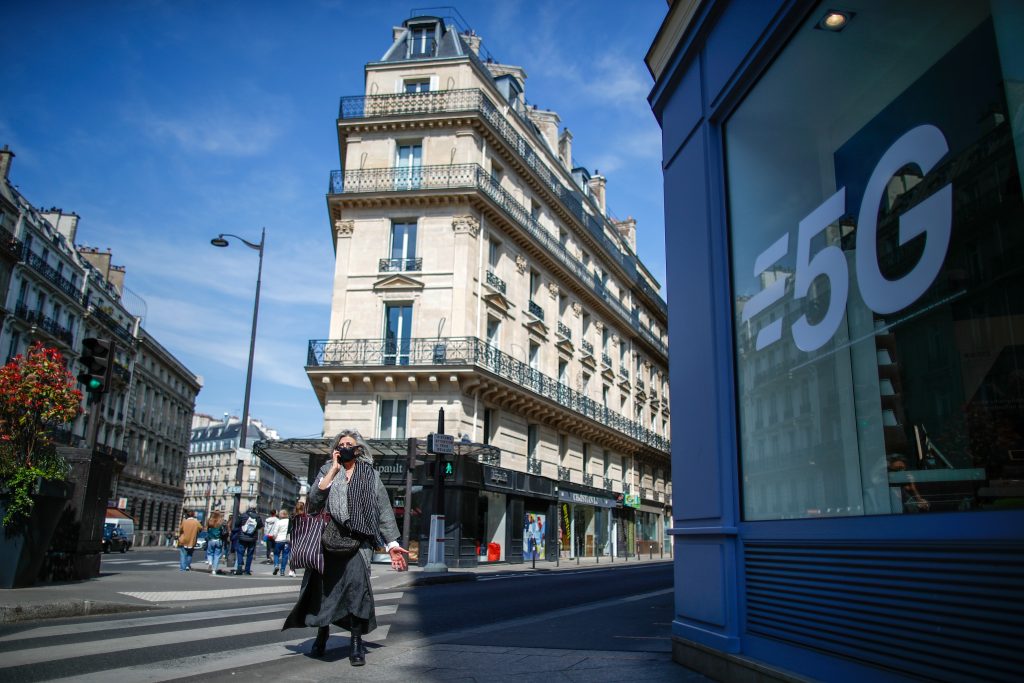 The competition between autocracy and democracy is the defining challenge of the twenty-first century—one that will in part play out through control over the digital and physical infrastructure that increasingly binds the world together.

US President Joe Biden rallied the world’s leading democracies behind this cause at the Group of Seven (G7) summit last month. The G7 nations, comprising the world’s leading free economies and free societies, proclaimed that as they aim to meet global infrastructure demand, among many other goals, their efforts will be guided by shared democratic values. For China, the standard-bearer of an alternate, illiberal model, infrastructure investment serves a different purpose: to increase China’s global economic leverage for its political gain. To prevail in this competition, advance their values, and develop much-needed digital and physical infrastructure, the world’s leading democracies should adopt the principle of “trusted connectivity.”

Through my recent work at the United States Agency for International Development (USAID) with US allies and partners on developing digital and physical infrastructure to counter Chinese efforts in these domains, I came to appreciate the enormous latent demand for trust in such infrastructure. The right response to this trend is a concept I call trusted connectivity. I’ve discussed this framework with officials in the United States and allied countries, including the Estonian government, which adopted trusted connectivity as the theme of September’s Tallinn Digital Summit.

Part of the impetus for this response is the Chinese Communist Party’s (CCP’s) export of its autocratic model through digital and physical infrastructure under the banner of its Belt and Road Initiative (BRI) and Digital Silk Road. At home, the CCP’s stated political aims and self-delegated legal authorities empower it to use digital networks and technologies to keep its citizens under constant surveillance—as demonstrated by Chinese coercive digital authoritarianism against ethnic minorities in Xinjiang, Tibet, and Inner Mongolia, coupled with extensive monitoring and the use of social-credit scores for its citizens. Concerns, reinforced by Chinese laws, that China may force its global companies to surveil customers and share their user data with the Chinese government have led a number of nations, from Australia to Romania to the United States, to shut the door on Huawei, China’s leading telecommunications provider. These worries have also resulted in calls for wider scrutiny across all connectivity projects—from ports to public utilities—and technologies provided by President Xi Jinping and other autocrats.

The concept of trusted connectivity offers a democratic alternative to what China has on offer—one that can help build public trust in digital and physical infrastructure and technology. “Technology” refers to the broad application of science to the practical aims of human life. “Connectivity” encompasses the various forms of digital and physical infrastructure connecting the world. “Trust” in this case refers to confidence not just in the connectivity and technology performing as advertised, but also in the political and legal systems that inform and govern their operations. Democracies function on the trust of their citizens. When leaders lose it, they’re voted out. Trusted connectivity stems from political and legal systems committed to individual rights and dignity, and free and open societies and markets, as opposed to autocratic systems and state capitalism or mercantilism.

The term brings together two important strands—trust and connectivity—that are already defining the democratic response to meet global infrastructure demand. Europe’s response to China’s BRI is termed the EU-Asia Connectivity Strategy. Southeast Asian nations are busy implementing the Master Plan on ASEAN Connectivity 2025. The US Innovation and Competition Act of 2021, passed by the Senate and awaiting action in the House of Representatives, highlights the need for digital technologies and connectivity. Japan, as the host of the 2019 Group of Twenty (G20) summit, supported the concept of Data Free Flow with Trust. More than one hundred nations came together at the Prague 5G Security Conference in 2019 to call for “trusted vendors” in establishing 5G networks. The Organization for Economic Co-operation and Development (OECD) boasts a rich body of ongoing work on trust in business and government.

Trusted connectivity offers a valuable organizing framework that can be applied to several worthy initiatives aimed at advancing democratic interests and values. These include:

Knitting these disparate efforts together under the brand of trusted connectivity will require leading democracies to develop a shared understanding and vocabulary regarding what the term means, what funding mechanisms can look like, and which major projects can deliver results.

With these globe-spanning plans, among others, free and open nations of the world are stepping up in the race against China to connect the world’s societies. They should deploy the brand of trusted connectivity to unite a broad range of initiatives under the core principles of trust and transparency.

Kaush Arha is a nonresident senior fellow at the Atlantic Council’s Scowcroft Center for Strategy and Security. He served from 2017-2020 as the senior advisor for strategic engagement at the US Agency for International Development, where his responsibilities included work on digital empowerment in emerging markets. This article is part of an Atlantic Council Forward Defense project on trusted connectivity supported by the government of Estonia.

Estonian President Kersti Kaljulaid and Anne Neuberger, deputy US national security advisor for cyber and emerging technology, made the case for “trusted connectivity” at the Atlantic Council.

The Free World vs. China and Friends: It’s ideology, stupid

As the Chinese Communist Party celebrates its one hundredth anniversary, the US must sharpen the ideological contrast. For a nation conceived as an idea, the refusal to lead with the force of ideas is not only unbecoming—it is self-defeating.

Blue Dot Network represents another chapter for US leadership to address global needs and safeguard the international system from predatory behavior. With the Biden administration’s mission to build back better for the world, it is well poised to make BDN one of its landmark legacies for global good.

Image: A woman, wearing a protective face mask, walks past a 5G data network sign at a mobile phone store in Paris, France, on April 22, 2021. Photo by Gonzalo Fuentes/Reuters.