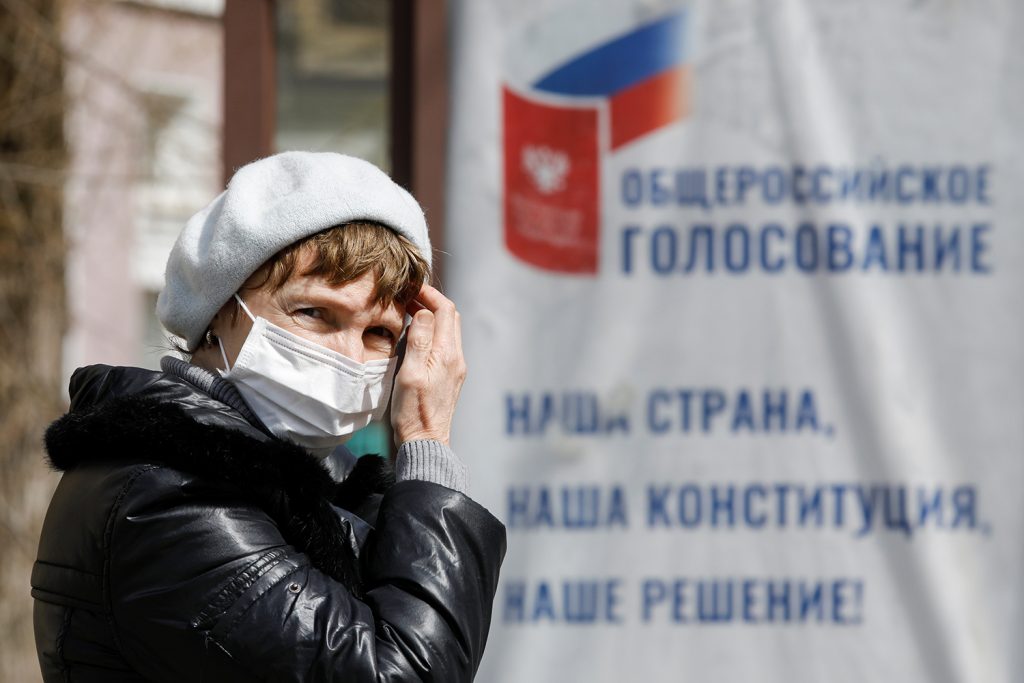 On March 18, Roskomnadzor, Russia’s internet and media regulator, threatened “stringent” action against those services disseminating false information around the coronavirus. Specifically, the announcement pointed to Federal Law No. 149-FZ, which criminalizes the sharing of many different kinds of information online, including that which threatens public safety. Should entities covered under the law (like social media platforms) breach the law’s provisions, Russian authorities can block access to that information.

On March 20, the regulator announced it would be working with law enforcement agencies and Russia’s Office of the Prosecutor General to prevent the spread of false information about the virus. It specifically referenced Article 13.15 of the Code of Administrative Violations which centers around abuses of freedom of mass information—defined within as the use of broadcast television, digital files, and other media to disseminate information that harms people’s health or influences their subconscious. That said, the government has a range of other laws upon which it could draw to identify a type or piece of online content as illegal and require its removal from a platform.

The government also announced specific punishments for users spreading “false information” about the coronavirus. On March 23, the Russian Ministry of Internal Affairs, according to TASS, threatened fines for those caught disseminating such information, citing Article 237.1, pertaining to distorting information endangering human life or health, and Article 128.1, defamation that someone is suffering from a dangerous disease.

Internet platforms remain a key focus of Russia’s push to stem the flow of pandemic-related information that authorities deem false. On March 20, Roskomnadzor said that multiple Russian media outlets had published “false information that is socially significant” about the pandemic; they were consequently compelled to remove it from their websites. No information was given in the release about the nature or specifics of the content. Authorities have also opened legal cases against individual social media users who posted allegedly false coronavirus information.

By March 23, Roskomnadzor said only YouTube and Instagram had not complied with the order to remove false information about coronavirus. A day later, though, Roskomnadzor said that “Instagram complied with the demand to remove outlawed content.” As of the time of this writing, it appears YouTube still has not complied. Undoubtedly, these issues will persist at least as long as the coronavirus continues to spread within Russia and beyond.

There are a few points worth considering around these takedown orders.

First, on the legal front, Moscow is in the process of criminalizing ever more online content and has progressively ramped up authorities’ legal powers to compel internet platforms to take down content. The announcements from Roskomnadzor explicitly reference some of these authorities around content takedowns. Further, the media regulator’s actions are part of a pattern of fining internet platforms who don’t comply with Moscow’s tech directives. In February, for instance, a Moscow court fined Twitter and Facebook for refusing to locally store user data within Russian borders.

Second, it is unclear—within this broader internet censorship and information control regime—whether truthful information (i.e., accurate infection counts) is getting removed from platforms as part of this fake news crackdown. With the March 20 content takedowns by domestic media, for instance, the Russian government provided no information about what exactly the companies had to take down. Several independent media outlets, like The Moscow Times, do not have further details.

For the information that has been provided by the government in the case of other content takedowns, there are potential indicators of political motivations. Roskomnadzor posted an announcement that on March 25, Facebook removed inaccurate numbers about the number of people infected with coronavirus in Russia. As with all countries presently hit with the coronavirus, there are questions about the reliability of infection counts, even if just because of a lack of tests or structural issues with bureaucracy and healthcare systems. In Russia, however, many have wondered if (and if so, to what extent) Moscow is also intentionally downplaying the number of cases. While it’s possible there is information being removed under these auspices that is indeed false and damaging to public health, it would hardly be out of character for current leadership to order online platforms to remove factually accurate information for political reasons.

In the same announcement, Roskomnadzor also said that it sent Twitter a request to delete false information about a curfew in Moscow. There have been rumors about a curfew in Russia, but officials have continually denied it will happen. Again, there may be health-related motivations at play, and perhaps more so here than in the previous case. But the potential for political motivations—ordering internet platforms to remove information just because it makes Moscow look bad—is considerable. Finally, it’s critical to consider the bigger picture. The Russian government has consistently strengthened its “cyber sovereignty” measures, spanning everything from the criminalization of online content to passing the so-called domestic internet law in May 2019. Takedowns of coronavirus “false information” are one component of this effort. As the crisis evolves, it is worth watching Moscow’s directives around the takedown and censorship of coronavirus-related information closely—as well as how internet platforms incorporated in and outside of Russia respond.

Image: A woman wearing a protective mask, used as a measure to prevent the spread of coronavirus disease (COVID-19), stands at a public transport station near a board informing of a nationwide vote on constitutional changes in Stavropol, Russia March 26, 2020. REUTERS/Eduard Korniyenko