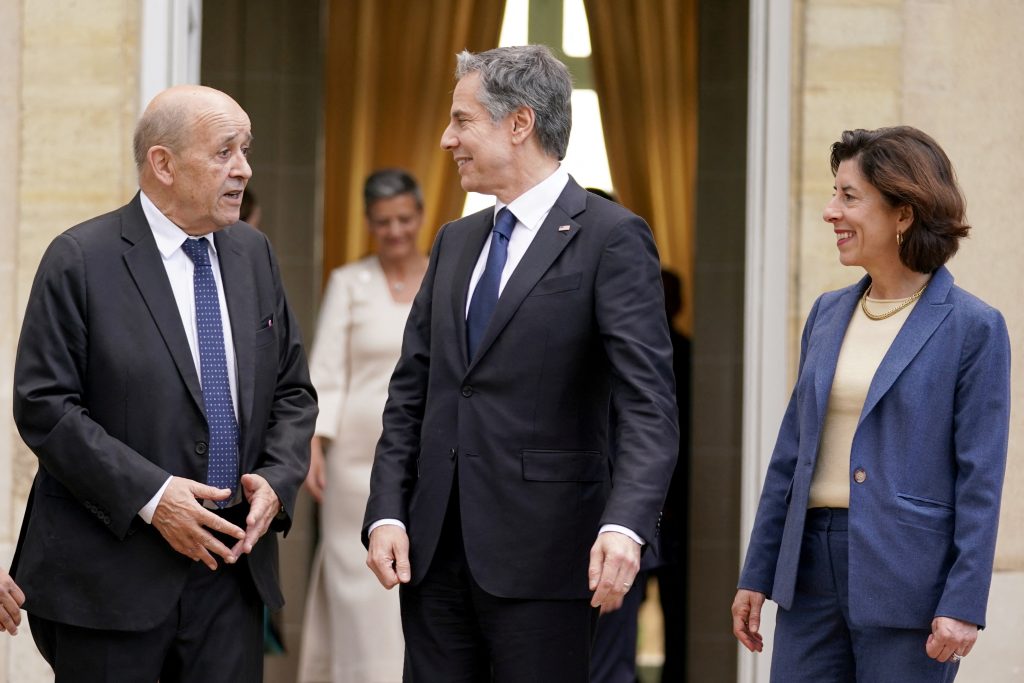 Having swiftly become the premier forum for renewed transatlantic cooperation, the US-EU Trade and Technology Council (TTC) has a lot more on its plate in its second year.

At its inaugural meeting in Pittsburgh last year, the TTC set out an ambitious agenda via ten thematic working groups. Since then, Russia’s war against Ukraine has shocked global commodity markets and constrained supply chains for key resources and technologies. Moscow’s aggression, and the transatlantic response to it, have reshaped much of the TTC’s focus at its second annual meeting earlier this week in Paris-Saclay, France, as a forum to coordinate the response by the United States and European Union (EU) to the spillover effects of Russia’s war.

So what’s next? Experts from our Europe Center are here to break down the meeting, its joint US-EU statement, and what it all means for the future of transatlantic tech and trade policy.

Jump to an expert reaction below:

The forty-eight-page behemoth of a joint statement shows the deepening resolve in Washington and Brussels to think together on a wide array of technological developments and geopolitical challenges. It emphasizes areas where regulatory commonalities already exist and can be built upon.

For example, both the Biden administration and the European Commission see improved transparency and responsiveness by platform companies as key to curbing illegal and harmful content. The EU’s new Digital Services Act and several legislative proposals in the US Congress follow this approach. But the United States will never be able to go as far as Europe in restraining harmful but legal speech because of the robust protection for freedom of expression enshrined in the US Constitution. TTC Working Group 5 is set to stage a workshop on this topic, which is sure to demonstrate the limits of convergence.

Similarly, protecting human-rights defenders from online threats and condemning internet shutdowns are goals on which the United States and the EU can readily agree, especially in the shadow of Russia’s war in Ukraine. But they must tread delicately when it comes to what the joint statement describes as “arbitrary or unlawful” surveillance, blandly concluding that surveillance practices must be in line with international human-rights law. Aligning such practices with international law is actually where the challenge lies, as the decade-long saga of transatlantic data transfers has shown. Washington and Brussels appear close to yet another accord on that subject—but outside the framework of the TTC.

—Kenneth Propp, nonresident senior fellow at the Europe Center and former legal counselor to the US Mission to the European Union.

Jolted by Russia’s war against Ukraine, the EU and United States used the TTC instruments to latch up on a policy that will sever Vladimir Putin’s Russia from its technology exports and access to critical technologies. The TTC meeting revealed that both sides have been mapping vulnerabilities in supply chains, including around semiconductors and rare earth magnets, and stripping forced labor from Xinjiang, China, out of solar panel supply chains. On the chips, the next step will be to coordinate state aid to avoid subsidy wars for a finite number of chip players and guarantee greater strategic interdependence. Perhaps it could even mean transatlantic consortia in research & development and chip design.

Looking ahead, the TTC’s next phase will be to move from the acute challenges posed by Russia to the chronic challenges of climate change and digital authoritarianism, primarily China. On climate change, convergence on procurement principles and methodology to measure carbon footprints are a good start. On China, both sides seem to be converging on a long-term effort to combat Beijing’s techno-mercantilism beyond 5G to cloud computing, artificial intelligence (AI), smart city technology, 6G, and quantum computing. The creation of a Strategic Standards Information-Sharing Mechanism, as promised in the joint statement, will help improve coordination on tech standards.

Finally, there is a growing awareness that a vision for democratic tech governance needs to address the Global South. Efforts to combat disinformation and align principles for the financing of connectivity infrastructure are a good place to start. But if the statement’s mention of “like-minded” partners becomes shorthand for excluding the Global South, it will likely be insufficient to shore up an open, pluralistic digital international system.

—Tyson Barker, nonresident senior fellow at the Europe Center and former senior advisor in the Bureau for European and Eurasian Affairs at the US State Department.

Pay attention to the working groups

The Paris-Saclay meeting reaffirmed the TTC as the primary mechanism for US-EU discussions on key tech and trade issues. While much of the joint statement focused on Russian aggression in Ukraine, the real value of the meeting is to be found in two other areas.

First, as indicated by the lengthy joint statement, the working groups are key to the success of the TTC. The attention given to Ukraine is important, but the real meat is in the annexes prepared by the ten working groups. The deliverables outlined are far from groundbreaking, but they represent solid progress in identifying opportunities for cooperation, including participating in international standards-setting bodies, defining and measuring trustworthy AI, promoting internationally recognized labor rights, and establishing transparency and early-warning signals in vital supply chains.

Second, the TTC’s working groups have brought together numerous US and EU officials and experts representing multiple agencies. Many have had little regular engagement with the transatlantic agenda in the past, but now meet regularly via video—with encouragement from top political leadership—to explore potential areas of cooperation. This has had some specific benefits: The rapid organization of US and EU export controls on Russia was possible because Working Group 7 had already brought key experts together. The creation of a community of experts focused on US-EU cooperation is in itself a major deliverable of the TTC. 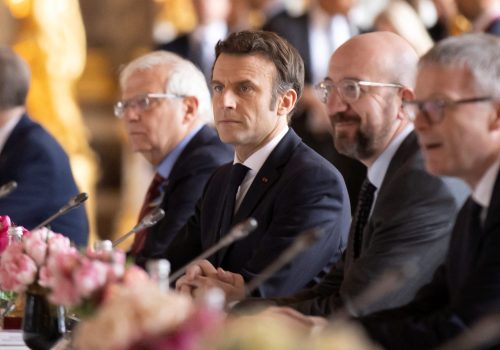 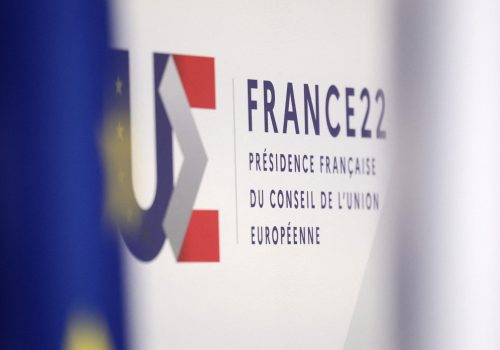 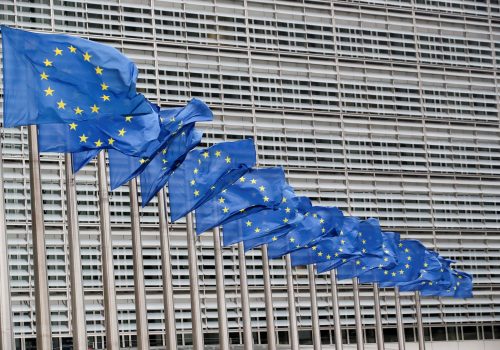 Image: US Secretary of State Antony Blinken and US Secretary of Commerce Gina Raimondo speak with France's Foreign Minister Jean-Yves Le Drian ahead of a dinner at the US-European Union Trade and Technology Council summit in Paris, France, May 15, 2022. Photo by Kevin Lamarque/Reuters/pool.