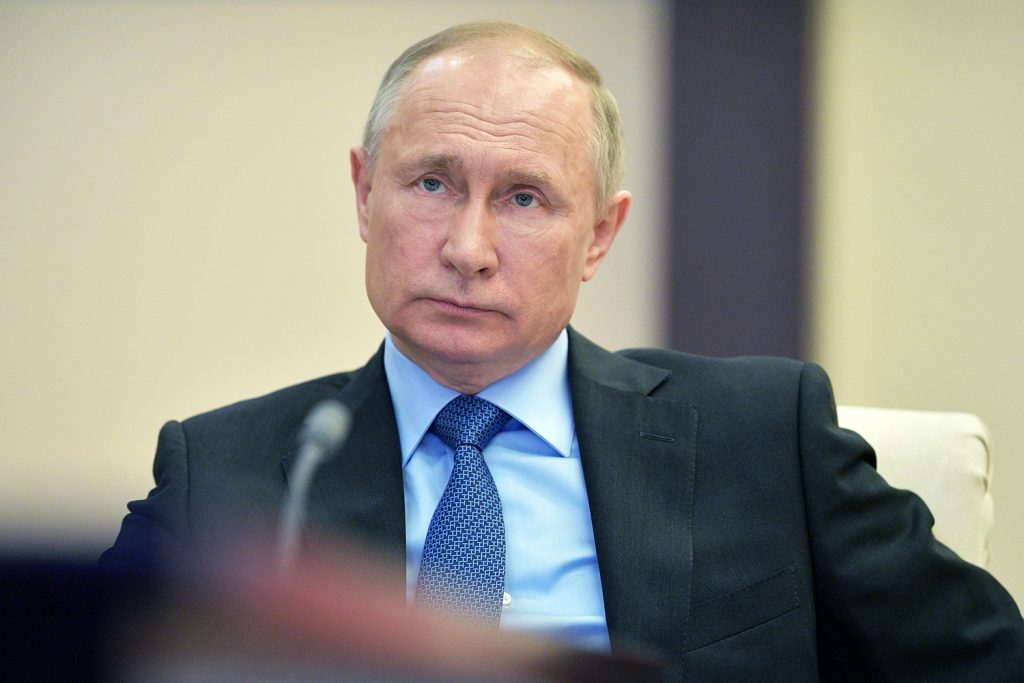 Vedomosti, one of Russia’s leading independent news outlets, is facing serious challenges to its credibility and autonomy, according to the reporters who work in Vedomosti’s newsroom. The business daily was assigned a new acting editor-in-chief amid a sale to new owners, one who has now banned critical coverage of President Vladimir Putin’s now-successful efforts to stay in power longer than Joseph Stalin, as well as banning independent polling data and taking down coverage critical of Russia’s oligarchs.

“If Vedomosti loses its reputation, it will become just another subservient and controlled media outlet driven not by readers’ need for verified news and high-quality analysis but by the interests and ambitions of its official and hidden owners,” they write. “There are already enough media outlets like this in Russia.”

The Kremlin has long been engaged in suppressing and curtailing the autonomy of independent sources of information in Russia, employing a variety of means including seizure by state-owned companies, intimidation, sabotage, and assassination.

Now with Vedomosti, another source of reliable information for the Russian public is under threat at a time when it’s more needed than ever, with the country looking down the barrel at another sixteen years of Putin’s strongman rule.

Founded in 1999, just months before Vladimir Putin ascended to the Russian presidency, the business paper has managed to maintain its editorial independence despite changing ownerships—particularly after foreign ownership was restricted in 2014, a move designed to help control coverage. As Putin’s rule in Russia has endured, so has Vedomosti’s ability to resist the pressures to conform to the Kremlin’s preferences.

While Russian media is often inundated with propaganda, journalists and their outlets are rarely given explicit orders or told which lines not to cross. The editors and executives of the country’s top media organizations attend a weekly planning meeting at the Kremlin—subject to intense speculation as to what is said or decided there.

“Nobody comes back from those meetings and says, ‘Now we have to do this,’” said former Channel One news anchor Yulia Pankratova. “Maybe later that afternoon you see the top editor for a particular show call over one of the hosts to say something, to give some instructions. Or maybe you notice that a certain Russian region suddenly gets more coverage.”

As New Yorker correspondent Joshua Yaffa details in his book “Between Two Fires,” it’s often left to journalists to intuit what the limits on their coverage are—rather than being given a strict line and told not to cross it, the Kremlin’s desires are more of a nebulous cloud that can be interpreted in different ways—and so most Russian reporters err on the side of caution just in case.

What Shmarov seems to have attempted at Vedomosti is to do just the opposite and draw a clear line: don’t mention the independent polling group Levada-Center and don’t criticize the president’s still fragile attempt to re-write the Russian constitution to his own benefit and that of his compatriots.

Shmarov made little attempt to hide why he was censoring his reporters. According to Vedomosti editor Ksenia Boletskaya, “He said the people in the presidential administration don’t want to see Levada’s polls in Vedomosti, and that the newsroom basically needs to listen to the administration’s wishes if it wants to survive.”

The choice of a pro-Kremlin editor-in-chief came while Vedemosti was being sold to new owners, with the actual sale taking months to complete due to complications from the coronavirus pandemic, but with assets being transferred immediately. Troublingly, the choice of Shmarov may have come straight from the Russian government. As reported by Meduza, “The agreement’s terms were this: you buy the business and handle the business, but your editor-in-chief will come from the presidential administration.”

Putin has fast-tracked his plans to stay in power since the coronavirus crisis hit, swiftly proposing hundreds of constitutional amendments earlier in the year—some of which would effectively reset his term as president and allow him to stay in power until 2036. Working to bring news outlets to heel is straight out of the despotic playbook, and Putin’s forceful grip on power is only tightened by keeping outlets like Vedomosti from reporting the unflattering and corrupt elements of the Russian government.

The reporters at Vedomosti are putting themselves at risk by openly challenging their apparently selected chief and the efforts to curtail their investigations and commentary. In their editorial, the outlet’s senior staffers write that “we cherish the values upon which Vedomosti’s reputation is built and we intend to continue defending them.”

This is not the first time that Russia’s journalists have put themselves in harm’s way to continue serving the Russian public, and there’s a long track-record of the harsh consequences that may befall them. Despite the international community being distracted by the coronavirus pandemic, one of the best ways these journalists can be supported is by acting as they do—seek the facts, shine a light where the world is not looking, and speak truth to power.

“I didn’t betray my country. But I have more options here.” Russian artist Maria Muzalevskaya speaks to those who have left Putin’s Russia.

Image: Russian President Vladimir Putin chairs a meeting of the Commission for military technical cooperation with foreign states via video link, at the Novo-Ogaryovo residence outside Moscow, Russia April 9, 2020. Sputnik/Alexei Druzhinin/Kremlin via REUTERS