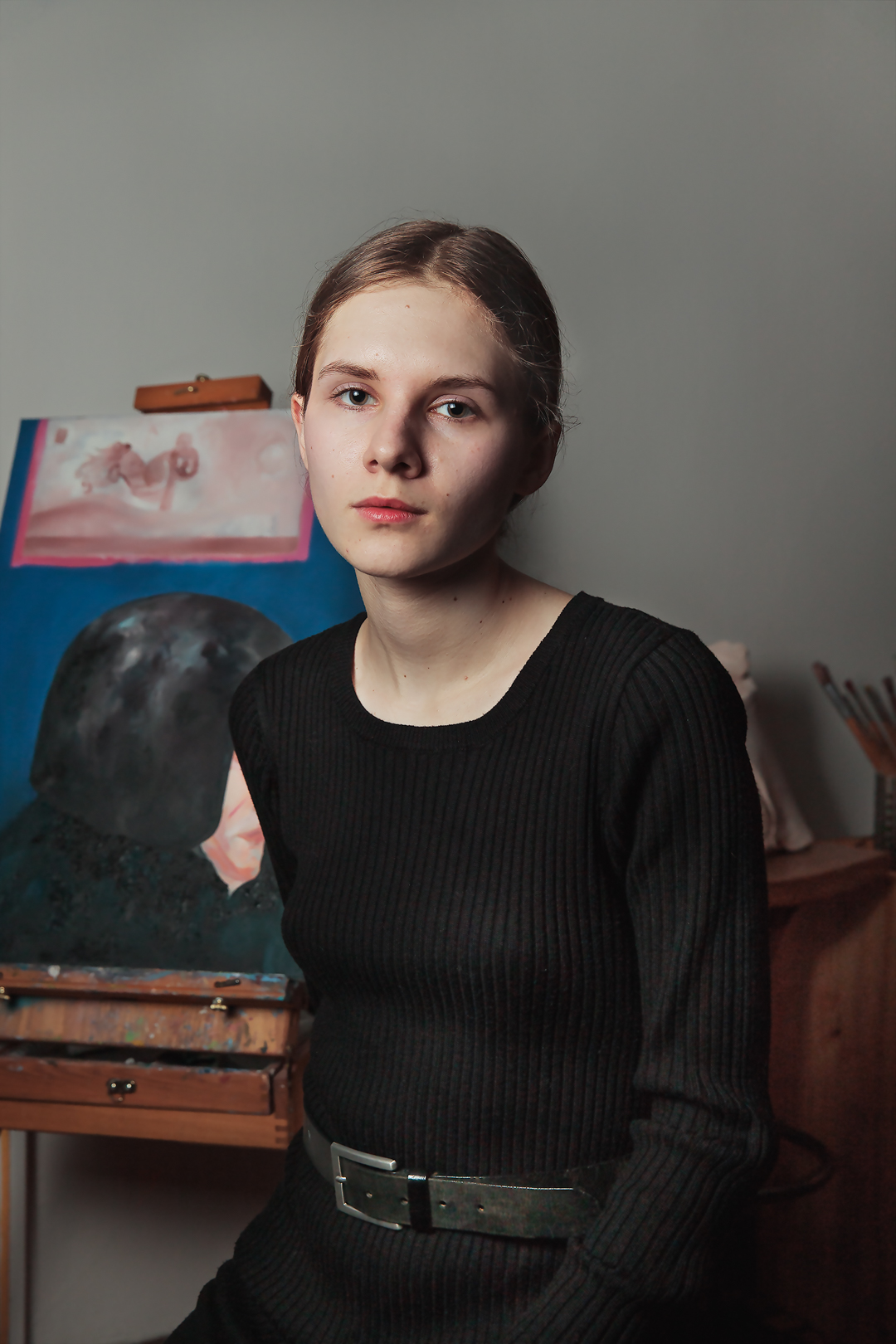 Daria, 22, Russian- translator and artist. Bronx, New York, April 20, 2019. Daria left Russia in 2007. “This is a truly East Coast liberal way of putting it, but I am exceptionally privileged to never be taken for the kind of immigrant who is parodied in recent years -sadly- on national television. Most people I encounter don’t suspect me of being an immigrant and, for that matter, I remember my immigrant identity only when faced with some kind of application.” 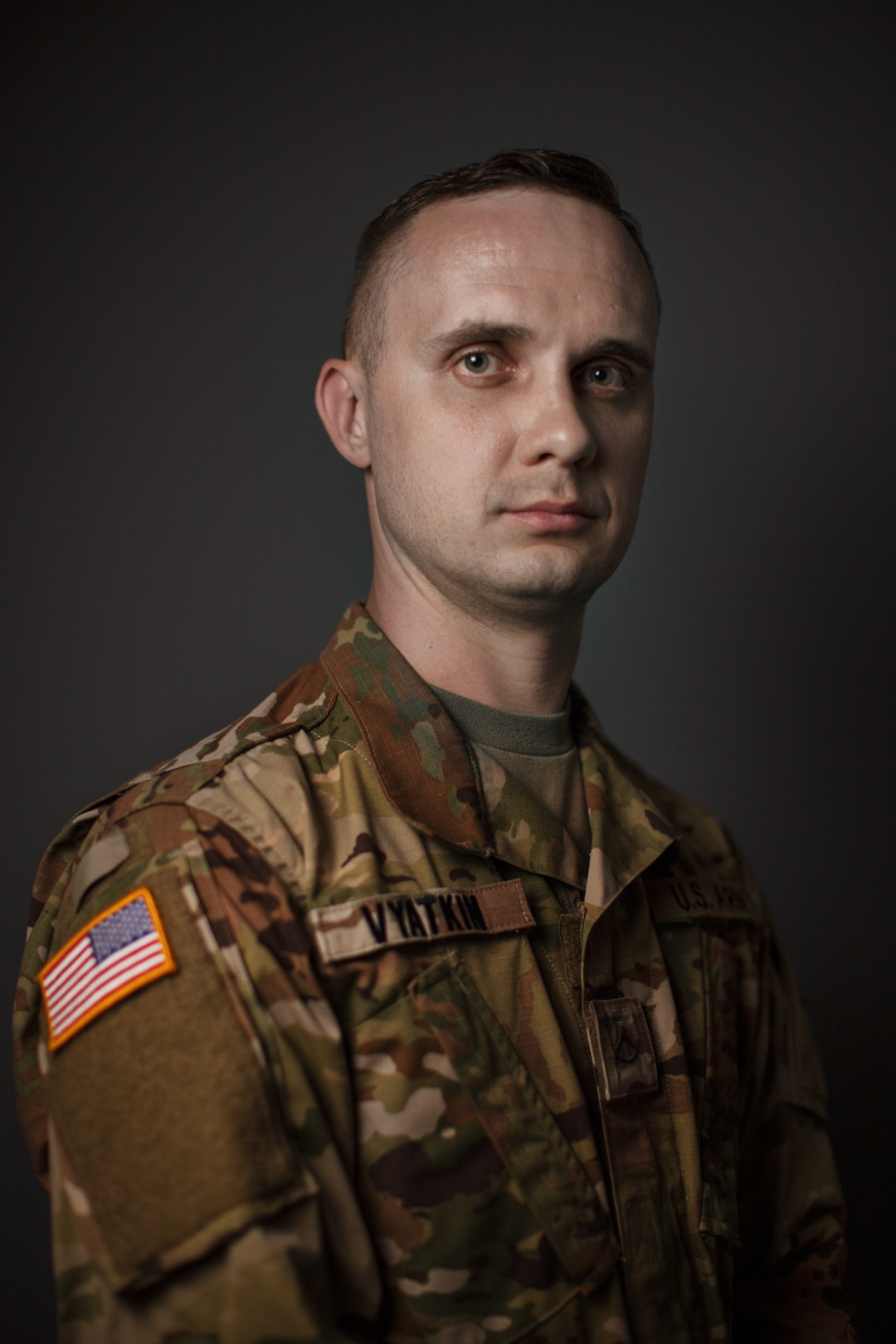 Sergey, 34, Aerospace Design Engineer and commercial pilot. Location: Brighton Beach, Brooklyn, New York, June 1, 2019. After graduating from South Ural State University with a degree in Aerospace Engineering, he assisted in the assembly and testing of the Russian Orbital Segment of the International Space Station, as part of the Rocket and Space Corporation ‘Energia’ in the city of Korolev He left Russia for the United States in 2009 and served in the U.S. Army as a Black Hawk helicopter repairer. “I didn’t betray my country. But I have more options here.” 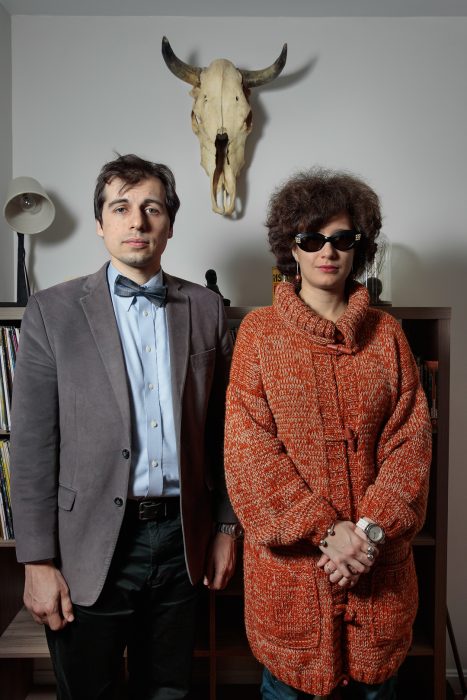 Vasiliy, 30, Professor of Russian literature, Columbia University Location: East Harlem, New York City, March 24, 2019. Immigrated: 2011. Olga, 31, Film Director/Journalist. Location: East Harlem, New York City, March 24, 2019. Immigrated: 2011. “Russia is a great country, with its famous approach to education, its aspirations for society, and knack for generalizations, as well as its peculiar, national wit. It was good to be born there. America is a great country to come afterward… Despite the differences, Russia and America share imperial grandeur. The one opting for either of them is robbing himself.” 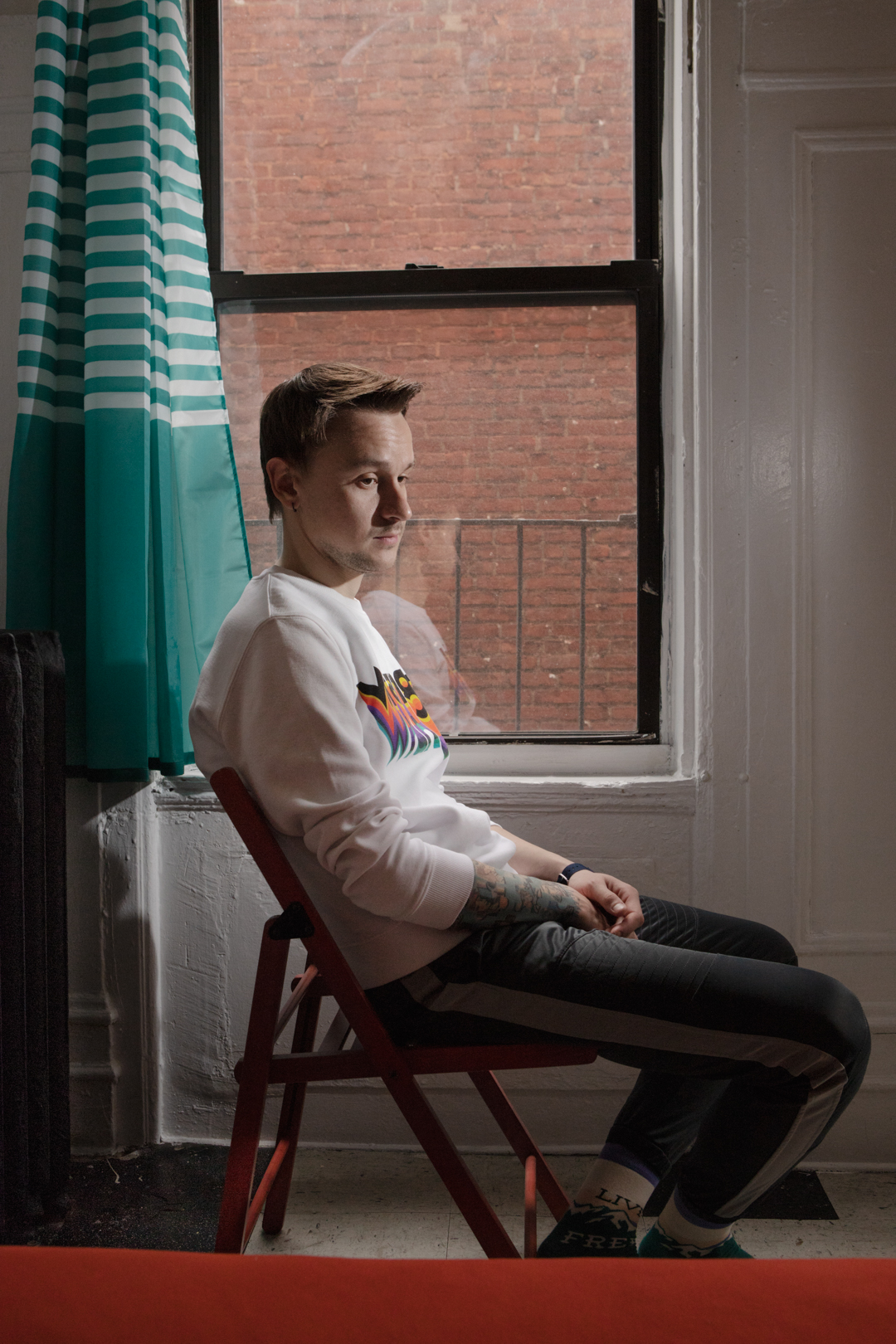 Igor, 28, Cleaning Service Employee. Location: Harlem, New York City, February 11, 2019. Immigrated: 2018 Igor was arrested in Saint Petersburg for a one-man protest against limits on freedom of speech. During his five-day detainment he was denied anti-HIV care. He left Russia in 2018 for political reasons. “The moment I understood that my country is killing me, I decided to leave. Here I feel better than in my homeland, even without having a passport.” A few months ago, Igor received refugee status. 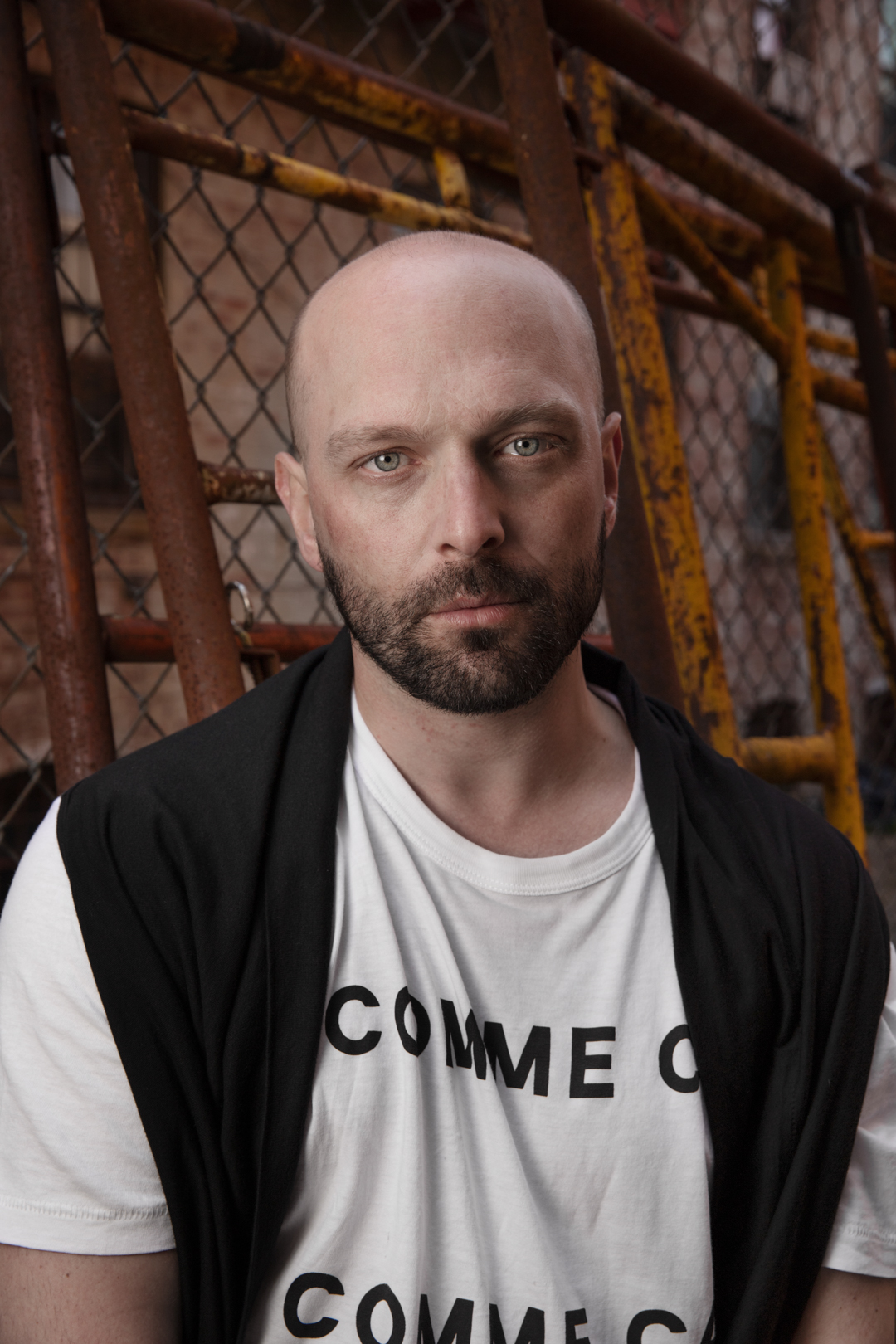 Akker, 35, Fashion Stylist. Location: Brighton Beach, Brooklyn, New York, May 19th, 2019. Immigrated: 2017 At age 19, Akker was stabbed in his apartment because he is a gay. He left Russia in 2017 and asked for political asylum in the United States. 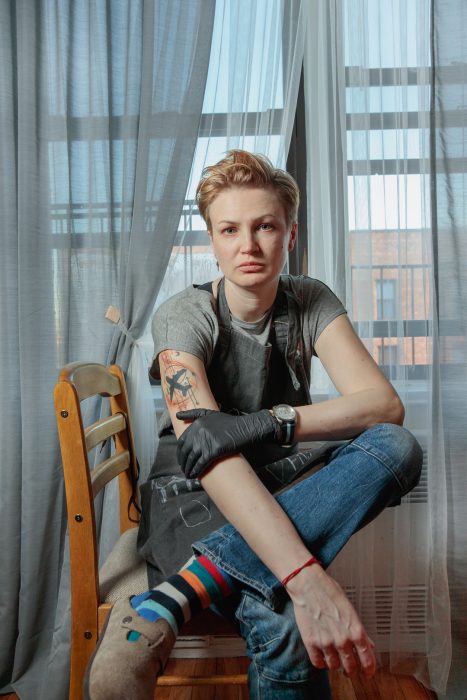 Olga, 41, LGBTQ Activist and Coordinator, Moscow Community Center for LGBTQ Initiatives. Location: Brighton Beach, Brooklyn, New York, March 26, 2019. Immigrated: 2018. “I haven’t lived in fear. But I’ve experienced it two times. First, I helped in the evacuation of a person and was identified by the cameras. I was driving with the person in the back of the car in Chechnya and a guy was driving toward me with Chechen car numbers. I was waiting for him to turn back and kill us, but he didn’t. At that moment I was scared because I knew who these militant people were and how extreme they could behave. To kill a person is nothing for them. In Russia, a life costs 10 thousand rubles, maybe even less, which is around 130 dollars. The second time I experienced this level of fear, was when I was under surveillance. I was sure that one day I would come to pick up [my son] Phillip at kindergarten and the nanny would tell me that he was gone.” 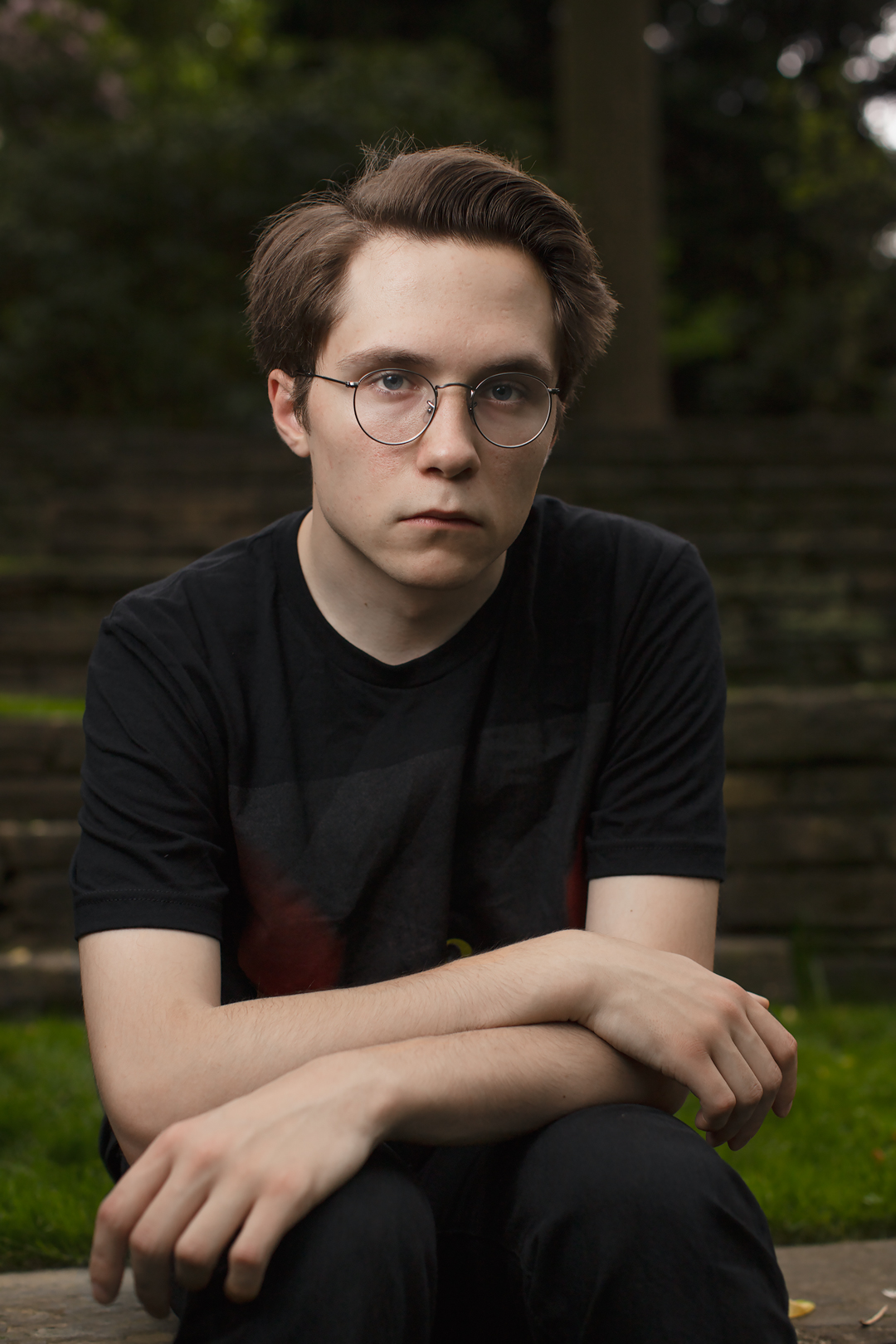 Igor, 21, Youngest Regional Manager, Alexei Navalny’s 2018 Russia Presidential Campaign. Location: Swarthmore College, Swarthmore, Pennsylvania, May 4, 2019. Immigrated: 2018. “I managed to build a coordinated apparatus for promoting democracy and freedom in the Kaliningrad region. My team kept working diligently, despite constant threats and pressure from the police and local authorities. As a result of our movement’s activities, after a year of the campaign the FSB security forces gave me an ultimatum: either I agree to undergo psychiatric treatment at a mental asylum, or they put me in jail on fabricated charges. I chose freedom and therefore crossed the border into Lithuania on foot that evening.” 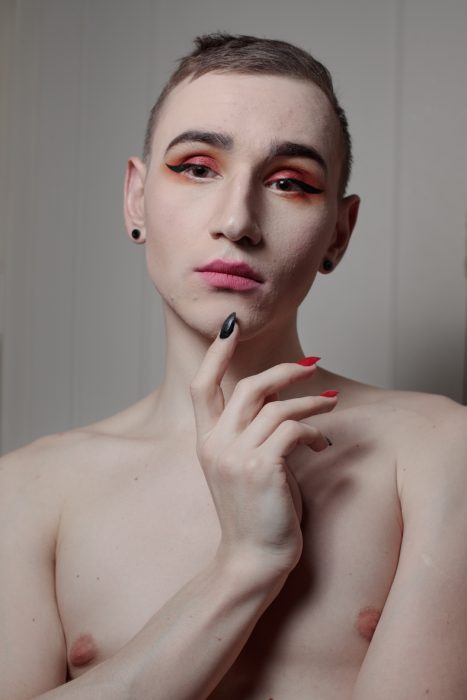 Eugene, 27, Cleaning Service Employee. Location: New York City. February 16, 2019. Immigrated: 2018 Eugene left Russia in 2018 because of discrimination. “Until I was diagnosed with HIV, I was working for one of the well-known Russian banks. I was forced to leave that position ‘voluntarily’ because my boss knew about my diagnosis through my insurance company.” 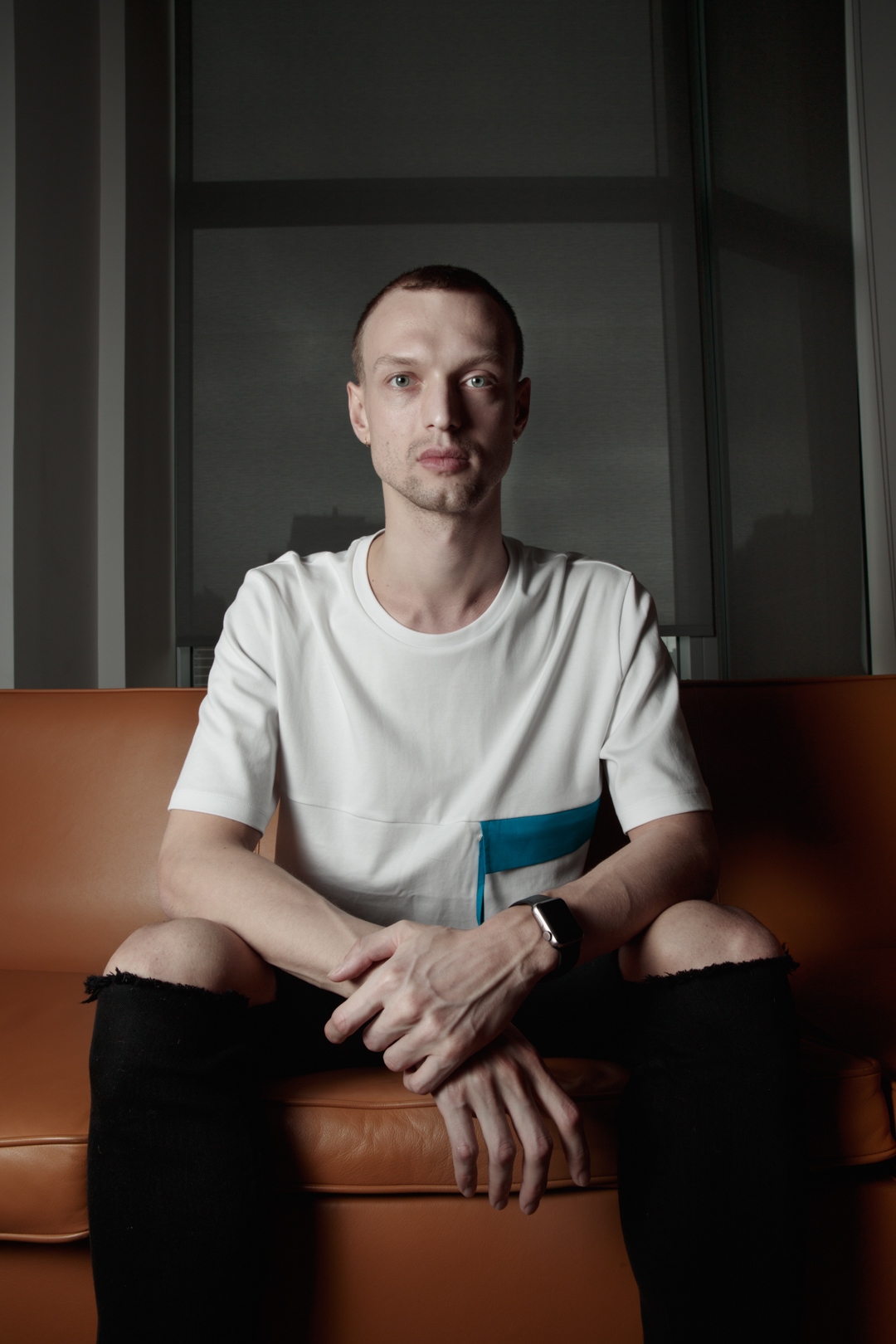 Igor, 23, Unemployed Location: New York City, April 21, 2019. Immigrated: 2017 “I always liked to live in Russia. But society never understood me. I never paid attention to strangers, but when a policeman is insulting you publicly, I felt unsecure. Even though the decision to leave the country was difficult I never was able to be myself there. Here, in the United States, I found myself.” 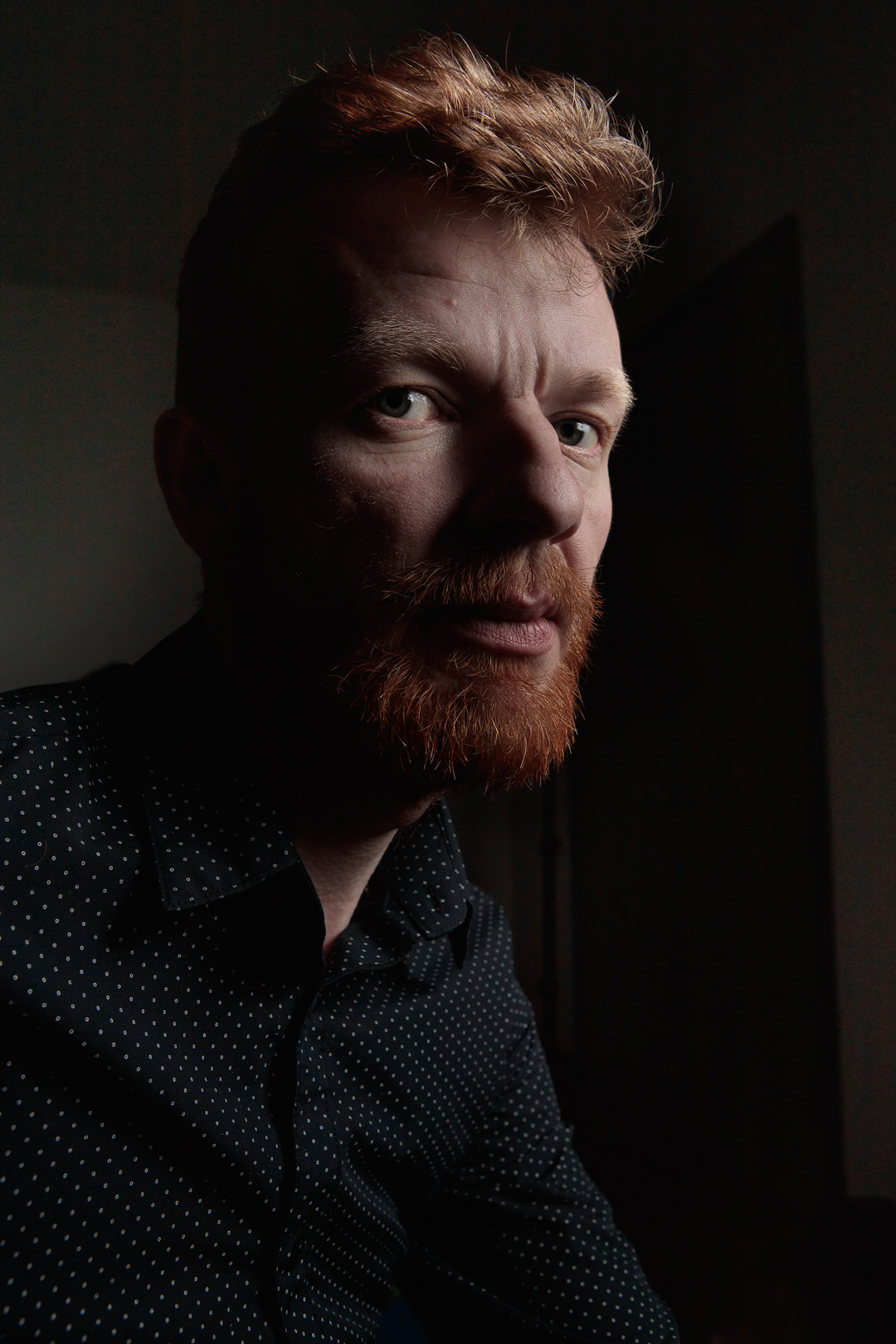 Sasha, 35, Student, New School, Location: New York City, March 23,2019. Immigrated: 2014. “I immigrated from Russia because as an assistant professor and LBGT activist, I faced discrimination due to my sexual orientation. In a short time, I learned what a ‘witch hunt’ is, the threat of arrest, harassment, and the psychological shock when you can lose everything in one moment.” 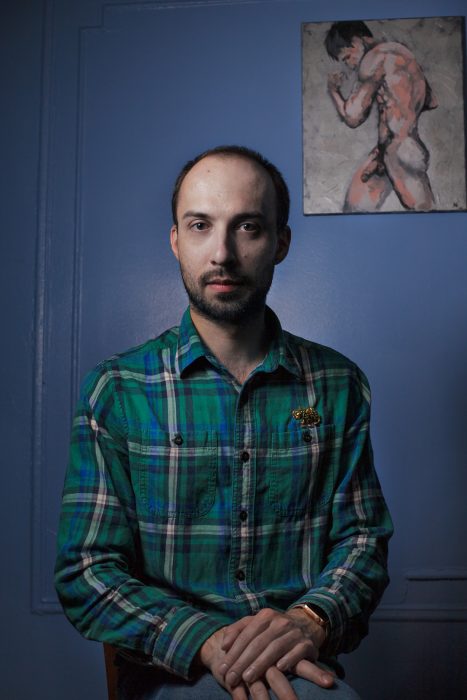 Lyosha, 34, Manager, Women’s Pride Center. Location: Brooklyn, New York. April 27, 2019. Immigrated: 2014 After being persecuted by security services and neo-Nazi groups for being an openly gay professor and vocal advocate for LBTGQ rights, Lyosha left Russia in 2014 and was granted asylum in the United States in 2017. “Anyone who intends to emigrate from Russia now has a relevant reason. The state has become a replica of Stalin’s regime with its purges and searching for scapegoats. Read my lips: Putin’s government is a dangerous, violent, ferocious and inhuman killing machine.” 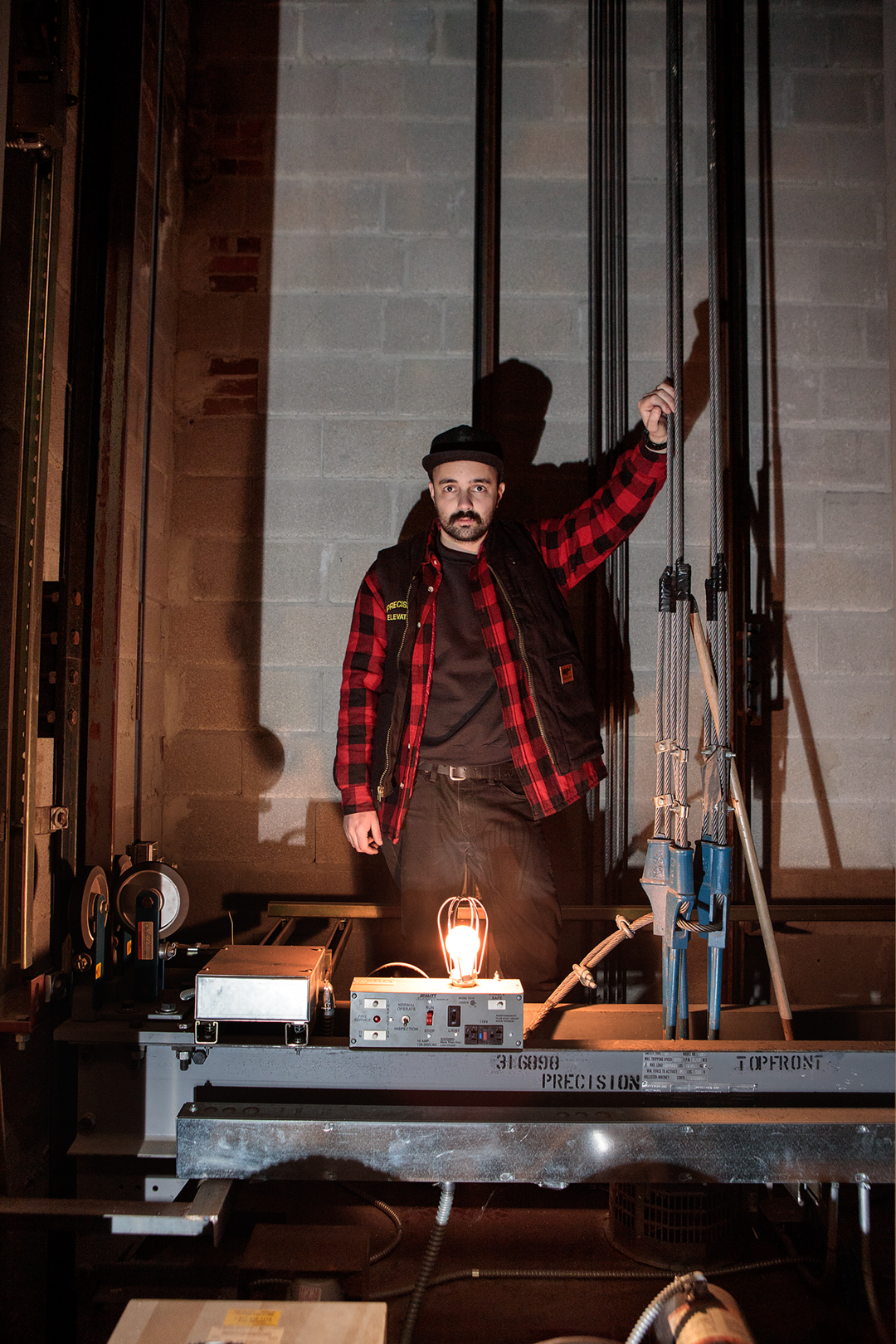 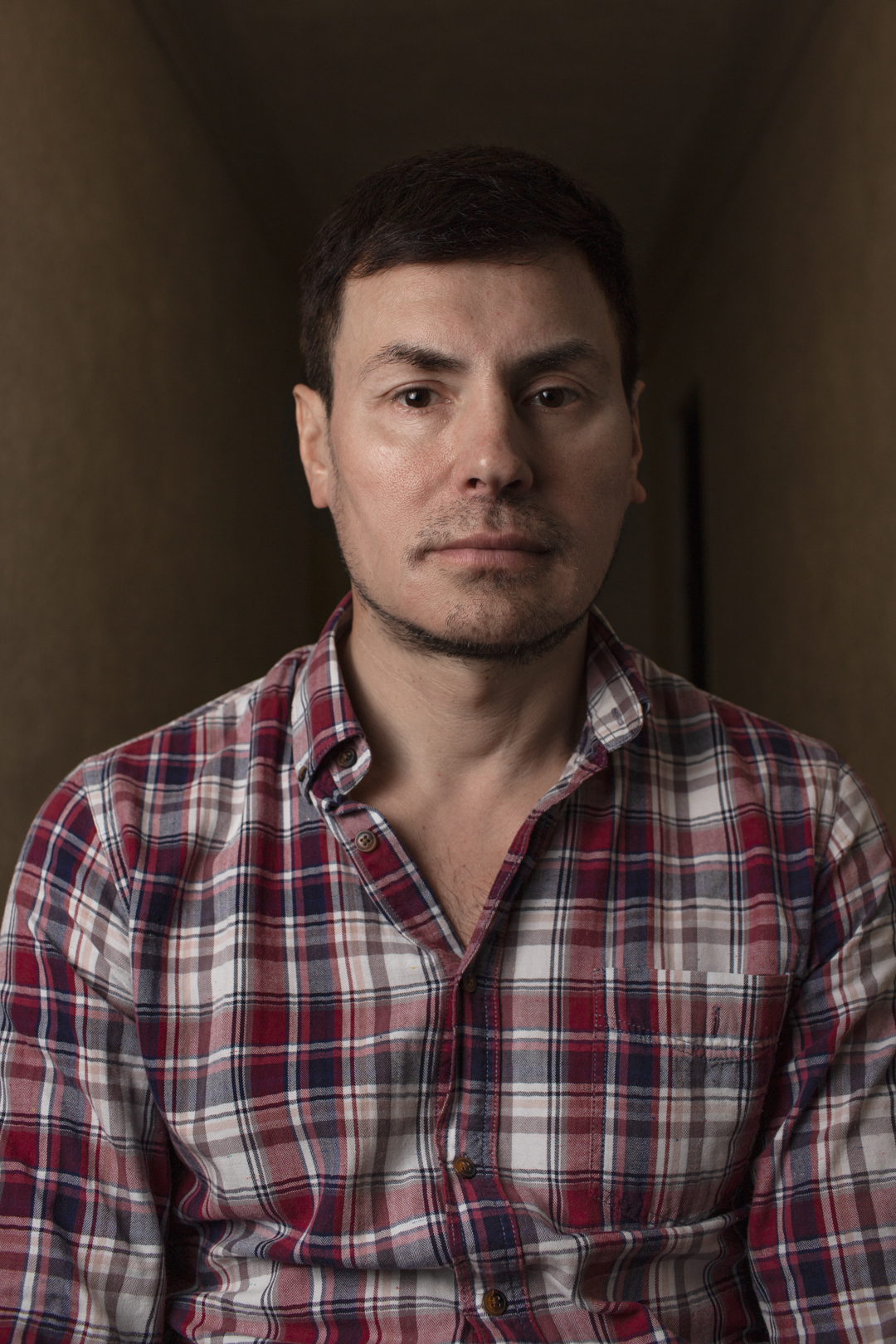 Misha, 46, Unemployed. Location: Brighton Beach, Brooklyn, New York. May 5, 2019. Immigrated: 2019 Misha, who has two grown children, was beaten by ‘gopniki’ near a gay nightclub in St. Petersburg, and left Russia in 2019. “At 29 I started dating a guy for the first time and I decided to tell my wife that I was gay. I’m tired of building my life around people’s expectations. I decided to ask for political asylum in the U.S. and free myself.” 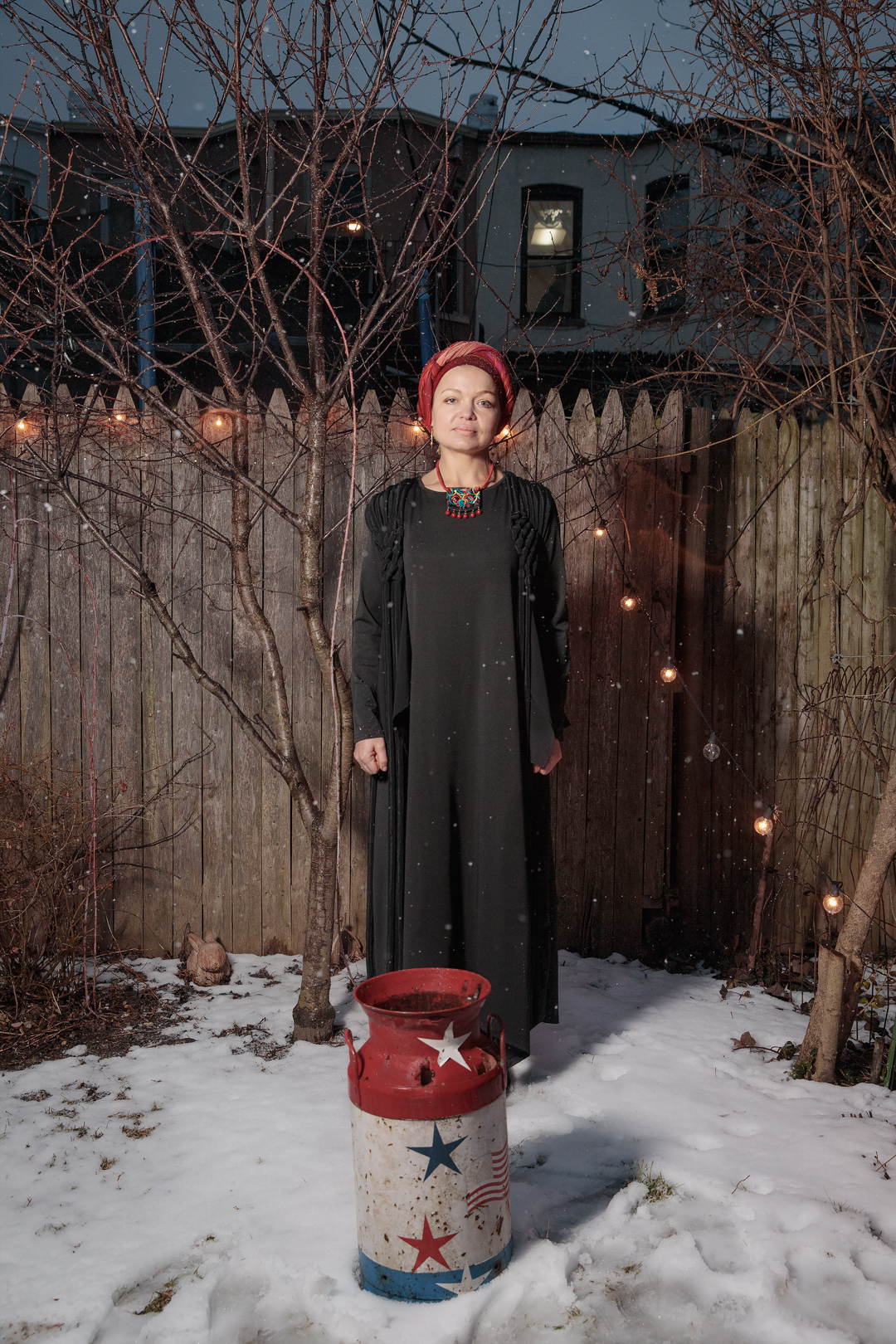 Valentina, 43, Singer/Artist. Prospect Park, Brooklyn, New York, March 3, 2019. Immigrated: 1999 Finding that she could not survive as an artist in Russia, in 1999, after a three-month tour with her Cossack band, she decided to remain in the United States.

The Fifth Wave is a photo-project consisting of portraits of Russian émigrés, who left the country after 2012. The project was based on the report by the Atlantic Council’s Eurasia Center, The Putin Exodus: The New Russian Brain Drain, which claimed that starting from 2012 around 1.6-2 million young people have emigrated from Russia abroad.

Maria Muzalevskaya is a Russian documentary photographer whose work explores social-political issues and personal stories. Born in Russia in 1990, she got her master’s degree at Boston University with a major in International Relations. She has recently finished her Documentary and Visual Journalism program at the International School of Photography.

Human capital is fleeing Russia. Since President Vladimir Putin’s ascent to the presidency, between 1.6 and 2 million Russians – out of a total population of 145 million – have left for Western democracies.