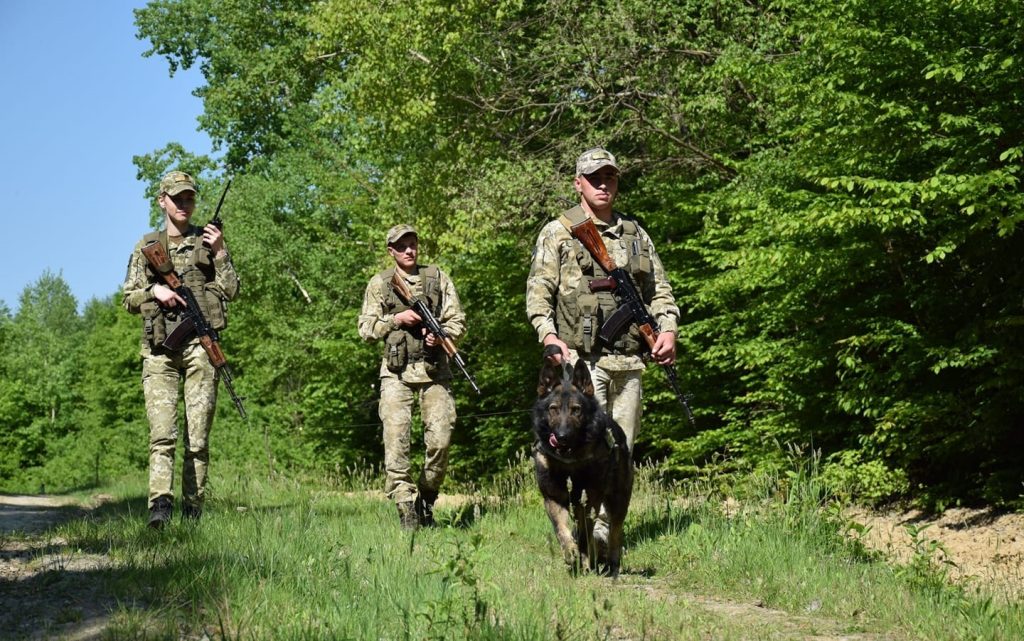 Pro-Kremlin Wikipedia alternative off to a rough start

On August 29, the anniversary of the 2014 massacre of 366 Ukrainian soldiers in Ilovaisk, the Ukrainian army launched a counter-offensive against Russian forces in Kherson. Kherson was the first major city to fall after Russia re-invaded Ukraine in February. Kyiv’s generals have hinted for months that they were preparing a counter-offensive. They launched the attack in the early hours of the 29th after laying the groundwork the previous night by striking key bridges and command points.

Media reports indicate that fierce fighting erupted on August 30 in the city of Kherson, and heavy gunfire could be heard near the city center. However, it is unclear whether Ukrainian troops had entered Kherson or whether the fighting in the city’s streets was between Russian forces and partisans loyal to Kyiv. On September 1, surveillance footage appeared online showing Russian forces waving white flags, reportedly in the Kherson region, according to Ukrainian channels.

In addition, the military command in Moscow may soon encounter problems with the contingents stationed in Central Asia scheduled to be redeployed to Ukraine. According to Ukrainian intelligence reports, Russian military units in Kazakhstan (who were deployed there in January as protests erupted) refused to return and participate in the war against Ukraine. The official reason for the refusal was the lack of special air transport. There are roughly 1,000 troops in Kazakhstan with weapons and equipment, currently located near critical infrastructure sites such as airports, oil warehouses, and the Baikonur spaceport. Russia has already pulled almost all of its military contingents from Tajikistan and Armenia to participate in the war in Ukraine.

Also on August 29, Maxar published satellite images of the Zaporizhzhia nuclear power plant. The photos show Russian military equipment sheltered near one of the reactors. On September 1, a team of fourteen experts from the International Atomic Energy Agency (IAEA) finally visited the plant after a prolonged delay caused by the Russian authorities. IAEA Director Rafael Grossi said the visit was complete, but the IAEA “is here to stay and will maintain a continued presence at Zaporizhzhia nuclear power plant.”

Meanwhile, volunteer battalions from Russia’s 3rd Army Corps are expected to be deployed to resume offensive operations in southern and eastern Ukraine. Images of the 3rd Army Corps training in Mulino, Nizhny Novgorod Oblast, indicate that troops are training with more advanced equipment, including BMP-3 infantry fighting vehicles, T-80BVM and T-90M battle tanks, and the latest variant of the AK-12 assault rifle.

Previous Russian volunteer battalions that fought in Ukraine, including the North Ossetian Alania battalion, went into battle with older equipment. It appears that the Russian military intends to send the 3rd Army Corps units into offensive operations with the hope of regaining momentum on the front line. The T-80BVM and T-90M tanks from Mulino were seen on August 27 in Rostov Oblast, indicating that parts of the 3rd Army Corps are being deployed to locations close to the Ukraine border.

Russian forces also carried out a limited ground attack near the western outskirts of Donetsk on August 27 and have advanced into the outskirts of Krasnohorivka. Russian troops are continuing efforts to flank Avdiivka from the north and firing upon Ukrainian positions along the Avdiivka-Donetsk frontline.

Russia’s Federal Antimonopoly Service (FAS) approved a deal on August 30 allowing Yandex and VKontakte (VK) to exchange assets, in a move that will further restrict the flow of information in Russia. As part of the deal, Yandex will sell its search engine, news aggregator and Zen content platform to the state-controlled social media network VK. In exchange, Yandex will acquire Delivery Club, the largest food delivery company in Russia.

As part of the deal, FAS will require both companies to comply with specific conditions “in order to maintain competition in their respective markets.” Yandex is prohibited from taking measures that would reduce the use of Delivery Club by restaurants or creating incentives for partners and couriers of Yandex.Food. VK, in turn, is obligated to request and obtain user consent for personal data processing on both Zen and News.

Russian-owned news outlet TASS explained what the deal means for both companies. To understand VK’s strategic interest, they wrote, one “should take into account that it [VK] has recently turned into a quasi-state structure.” TASS noted that Gazprom, the Russian national gas company, is indirectly in control of the voting shares of VK. Companies dependent on the state, they added, “often perform social functions, at the same time acting as an instrument for implementing state policy.” TASS explained that VK has a “keen interest in Yandex’s media projects” because it would strengthen Russia’s “presence in new mass and popular segment of digital media, as well as expanding control over this area.”

As for Yandex, TASS says the deal is an opportunity to “depoliticize” its business. TASS notes that international sanctions have heightened the risks for Yandex from a regulatory perspective. “Potentially risky assets will simply be exchanged for a promising politically ‘neutral’ Delivery Club project,” they added.

A right-wing Austrian tabloid published a story on August 28 claiming the woman accused of murdering Darya Dugina was stabbed to death. Exxpress, a tabloid associated with conservative and right-wing Austrian politicians, also reported that Natalya Vovk, the woman Kremlin media allege murdered Dugina, was found dead with “seventeen stab wounds and a piece of paper in her hand.” The article cited a “message that spread like wildfire on Telegram” as the source.

Dugina was the daughter of Alexander Dugin, a Russian philosopher considered to be the founder of the Russkiy Mir ideology, which the Kremlin employs as justification for its war against Ukraine.

The article’s lead image is a composite featuring a photo of Natalya Vovk, previously published in pro-Kremlin outlets, and a blurred photo of a woman lying on a bed. However, the blurred image is an old photo first published in July 22, 2020, according to a report by the Kremlin-controlled outlet REN TV.

Additionally, the Exxpress article shared an ID card which it claims was used by Vovk; however, the caption notes that the ID is fake. The photo on the ID actually shows Margarita Simonyan, editor-in-chief of the Kremlin-owned news outlet RT.

Pro-Kremlin Telegram channels previously circulated an ID card they allege belongs to Vovk and proves she is a member of the Azov battalion. Twitter user @issandjumal conducted a photo forensic analysis on the ID card and concluded the image had been manipulated.

In response to the fake Vovk ID, the Facebook account of the National Guard of Ukraine appeared to troll Russia by sharing several obviously photoshopped ID cards, replacing the photo with well-known Russian media figures, including Simonyan.

Anton Gerashchenko, an advisor to the Ukrainian Interior Ministry, shared the fake Simonyan ID card with the caption, “We also know how to draw and make photo collages. Look at what character we have serving in the National Guard right now.”

Soon after the story was published, Kremlin-owned media outlets such as RIA Novosti in Crimea reported that Vovk had been killed, citing Exxpress as their source. The pro-Kremlin Russian actress Yana Poplavskaya amplified the false Exxpress story and suggested, “Those who order a murder do not leave the executers alive.” Several Russian media outlets, including RIA FAN, Ekonomika Segodnya, Slovo I Delo, and PolitEkspert, reported on Poplavskaya’s comment. Other well-known figures also amplified the story, including TV presenter Vladimir Sergienko and Ukrainian pro-Kremlin activists Olga Shariy and Anatoly Shariy.

Eventually, pro-Kremlin outlets debunked the Exxpress article. RBC said it reached out to the Austrian Interior Ministry to inquire about Vovk’s death. “We can inform you that no such case is known in Austria,” the ministry told RBC. “Therefore, we cannot confirm the accuracy of this information.” Multiple Russian media outlets reported on the Austrian statement.

Some pro-Kremlin media outlets, such as Tsargrad and REN TV, suggested in their debunks that Exxpress was fooled by an unnamed click-bait Telegram post that sought to garner subscribers.

One day after Exxpress published the report on Vovk’s alleged murder, it published a follow-up story stating, “The first reports that the Ukrainian had been murdered were not confirmed by Moscow.” Despite this, Exxpress continued to use the fake image of the Simonyan ID card.

Kremlin-controlled media outlets have previously suggested that Vovk fled from Moscow to Estonia and then to Austria, where she was allegedly spotted in a hotel. This may have given credence to the Austrian tabloid’s reporting on Vovk.

The case of the Austrian tabloid demonstrates the diversity of actors capitalizing on the unsolved murder of Darya Dugina.

Pro-Kremlin Wikipedia alternative off to a rough start

Runiversalis (руни.рф), a newly launched Russian analog of the internet encyclopedia Wikipedia, is an attempt to spread Russian propaganda and disinformation in the guise of a wiki. Beyond using the underlying software architecture employed by Wikipedia, it’s a wiki in name only. Read more about it in the latest analysis from the DFRLab’s Eto Buziashvili and Andy Carvin.

Image: Ukraine.- In the photos taken on August 29, 2022, it shows Ukrainian soldiers deployed at strategic points in the country in the midst of the armed conflict with Russia. Ukrainian forces have started a counteroffensive to retake the southern city of Kherson, currently occupied by Russian troops, a local government official said on Monday. The Ukrainian counteroffensive would represent a key strategic advance for the kyiv forces.