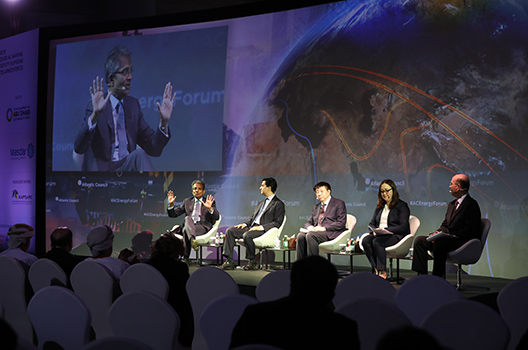 Heads of state and top government ministers will be listening to the Chinese sales pitch with much more skepticism than in previous years at the second Belt and Road Forum for International Cooperation, a three-day conference that got underway in Beijing on April 25.

Established in 2013, the Belt and Road Initiative (BRI) seeks to improve international trade connections, infrastructure, and development throughout Asia, Europe, and Africa, with specific focus on connecting China to these international markets. According to the Chinese government, the program has already resulted in an investment of $80 billion in partner countries and Beijing has signed agreements with 122 nations and twenty-one international organizations.

But despite the considerable investment and international interest in the project, criticism of Beijing’s approach has grown in recent years. The high-profile cancellations of projects in Pakistan, Myanmar, and Malaysia were due to worries that each of these countries would not be able to pay the substantial construction costs and could be saddled with enormous debt to Beijing for decades.

The United States and other Western countries have warned potential BRI partners about this “debt diplomacy” from Beijing which could entrench Chinese influence across the globe and hamstring democratic governments.

US Vice President Mike Pence said in October that BRI offers “hundreds of billions of dollars in infrastructure loans to governments from Asia to Africa to Europe to even Latin America. Yet the terms of those loans are opaque at best, and the benefits flow overwhelmingly to Beijing.”

According to some reports, the draft communique for the Forum will include language that maintains BRI “respects global debts goals” in an effort to downplay the effects of extensive Chinese loans for partner countries.

“China does not understand or worry about the debt diplomacy issues,” Bart Oosterveld, the director of the Atlantic Council’s Global Business and Economics Program and C. Boyden Gray Fellow on Global Finance and Growth, explained. Beijing, he added, “has shown flexibility in terms of accepting alternative forms of payment for struggling projects, including long-term asset leases.”

While it may publicly laud the project’s benefits for global trade and development in partner countries, Oosterveld said, Beijing sees the projects as “infrastructure investments that need to make money for (predominantly Chinese) investors. This is a domestic program. It serves domestic needs.”

According to Atlantic Council Senior Fellow Robert Dohner, “the Chinese are discovering what the United States and the Multilateral Development Banks (MDBs) have long known: that the construction of major infrastructure projects is a difficult, contentious, and almost always controversial process. The standards and conditions that have been developed over the years for MDB lending protect both the borrowers and the lenders in this process.”

Washington has also expressed concerns over new agreements that would see China invest or even own strategic ports in Asia and Europe, such as Piraeus in Greece and Gwadar in Pakistan. The United States has tried to dissuade European partners from joining the initiative, which it fears could weakened transatlantic unity and allow China access to critical infrastructure for European defense, such as ports and road networks. When Italy signaled it would sign onto the BRI in March, a US spokesman said that there was “no need for [the] Italian government to lend legitimacy to China’s infrastructure vanity project.” Italian Prime Minister Giuseppe Conte will be in attendance at the Forum in Beijing on April 26.

“There are significant concerns with the [European Union] about China’s ability to split opinions within the bloc given the open support of the program that Italy and Greece have given it,” Oosterveld explained. Despite consistent pushing from Washington, however, “the national security-related concerns that the United States is raising about Chinese investment more broadly are only slowly gaining traction in Europe,” he added.

Throughout the exposition in Beijing, the Chinese government will attempt to turn messaging on the Belt and Road back to the positives and assuage any concerns among potential partners. “The success of BRI and the challenges that it poses for the United States depend not just on the amount of resources that China brings to bear, but also how adroit China is in responding to the inevitable criticisms that it will face and in revising the BRI to make it more transparent and consistent with the developed standards and conditions of international and multilateral investment lending,” Dohner argued.

While Washington would certainly want to prevent BRI’s popularity from recovering, Oosterveld cautioned that “with the US-China trade dialogue continuing, I would not expect much in the way of a response from Washington about the summit.”