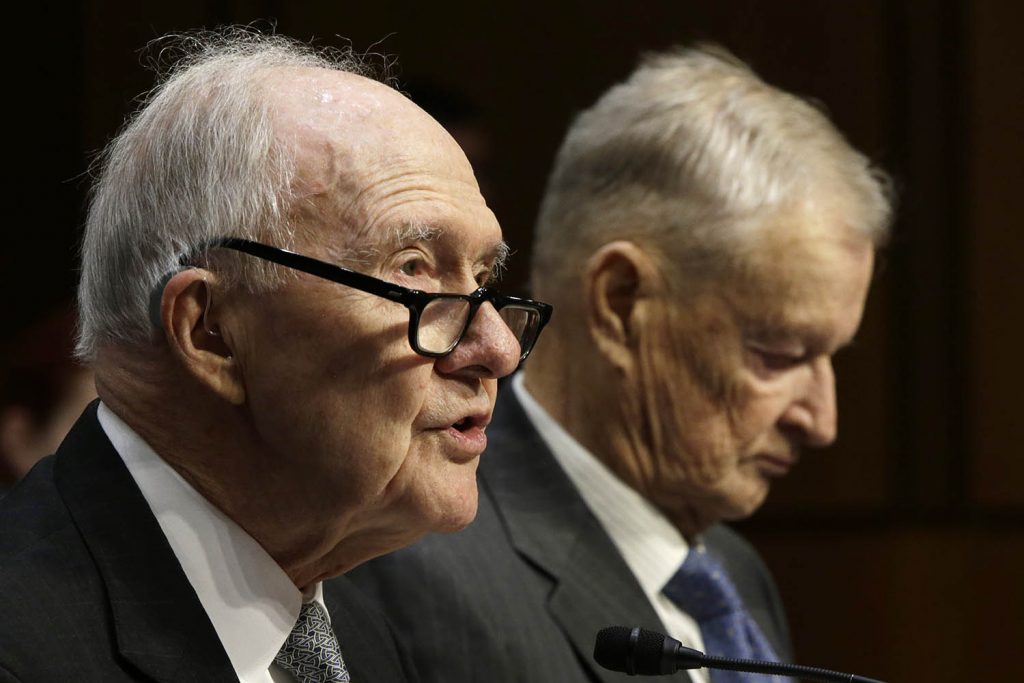 Many have walked the halls of power, but few are deserving of the title of statesman. General Brent Scowcroft, who passed away on August 6, embodied statesmanship and leaves a legacy that will survive his passing to shape US foreign and national security strategy and policy for generations to come. Indeed, the country and the world have lost an historic force for stability and security, a legendary strategist who ended the decades-long Cold War without a shot.

Without General Scowcroft’s guidance, the course of history could have been drastically altered. Who knows how the Cold War would have ended without his steady hand helping the United States and its allies navigate the collapse of the Soviet Union and the Warsaw Pact and the reunification of Germany in the early 1990s? Who knows what the world would be like if he had not orchestrated the forcible ejection of invading Iraqi forces from Kuwait in 1990-1991? General Scowcroft served as national security advisor when the United States did not just face foreign adversaries, but also an earthquake in the global order. He helped the United States and its allies (and potential adversaries) navigate that historic inflection point in a fashion that constructively shaped the direction of the post-Cold War world.

General Scowcroft served his country for decades, beginning with his time in the Air Force in 1947. He served in various Pentagon posts, and, in 1972, accompanied President Richard Nixon on his historic trip to China while serving as Military Assistant to the President. He served as Henry Kissinger’s deputy national security advisor before assuming that role himself during the administration of Gerald Ford, and he became the only person to serve as national security advisor to two presidents, Ford and George H.W. Bush. His services were not limited to one party, as he was an informal adviser to both Republicans and Democrats, including President Barack Obama.

General Scowcroft’s legacy is deep and wide-ranging, and it includes establishing the model National Security Council decision-making process that successors have sought to emulate. He was known as an “honest broker” who faithfully represented the views of cabinet secretaries and teed up decisions for the president.

He was an architect of US national security strategy and a master practitioner of the art of strategy. His wisdom on the concept of strategy was simple: strategy, he argued, consisted of defining a goal and laying out a plan for how to achieve it. However, despite his unmatched skills as a strategist, he acknowledged the difficulties of developing effective strategies in practice. He told us, “Developing good strategy is hard.” General Scowcroft stands aside Henry Kissinger and Zbigniew Brzezinski as the real lions of US national security in the latter half of the 20th century.

But perhaps his most important and long-lasting impact is how he comported himself. For a man of great intellect and countless accomplishments, he always exhibited humility and nonpartisanship and always took time to mentor younger strategists. His monumental legacy includes training generations of national security strategists.

The Atlantic Council of today would not exist without General Scowcroft. As chairman of the Council in the mid-2000s, he helped reinvigorate the organization, broadened its mandate beyond Europe to cover the full range of global issues, and set it on a successful growth trajectory.

He was directly involved in setting up the Scowcroft Center for Strategy and Security. When the Center was established, General Scowcroft said that many organizations in Washington react to day-to-day news cycle and policy work, but too few take a step back and develop strategy. We took that advice to heart and try every day to apply foresight and strategy to the most pressing national security and foreign policy problems.

Indeed, the Scowcroft Center strives to honor General Scowcroft’s legacy of service every day by cultivating training the next generation of strategists and developing sustainable, nonpartisan strategies to address the most important security challenges facing the United States and its allies and partners.

On this day of mourning, the Scowcroft Center marks General Scowcroft’s ascent to the pantheon of great American statespeople. And while this is a time to pause and reflect, his passing is also a call to action. The Scowcroft Center will continue to strive to fulfill General Scowcroft’s legacy, albeit with renewed vigor, nurturing sharp young minds, and putting forth strategies to help guide the United States and our allies in the face of 21st-century challenges.

And, by his example, we should comport ourselves with the humility and nonpartisanship that he embodied.

Barry Pavel is the founding director of the Scowcroft Center for Strategy and Security at the Atlantic Council.

Matthew Kroenig is the deputy director of the Center.

The legacy Brent Scowcroft leaves behind

With Brent Scowcroft’s passing yesterday at age ninety-five, the United States lost one of the central players in the transatlantic community’s success in bringing a peaceful end to the half-century-long Cold War with the Soviet Union, in the remaking of the European map to include a reunified Germany, and in providing the opportunity for the spread of democracy and freedom to Central and Eastern Europe.

Atlantic Council experts react to the passing of Brent Scowcroft and reflect on his legacy as a statesman, strategist, and public servant.