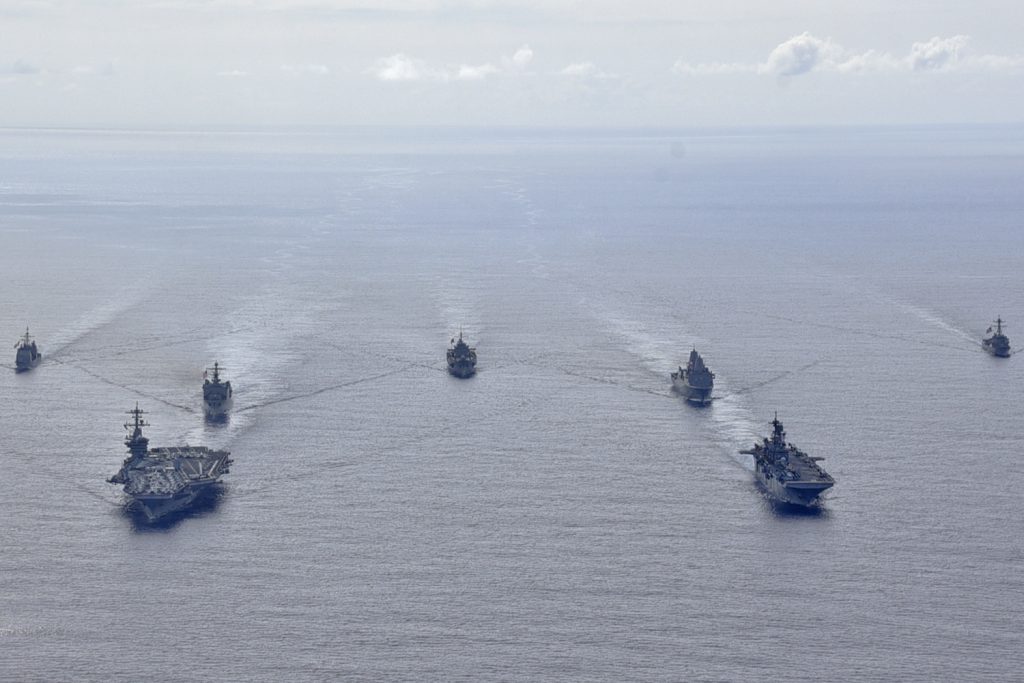 At the Battle of Jutland on May 31, 1916, as his cruisers were exploding around him, then Royal Navy Vice Admiral David Beatty lamented “something is wrong with our bloody ships today.” Fortunately for the Royal Navy, the battle kept the German High Seas Fleet at bay for the rest of the war.

Yet, Beatty who went on to be the Royal Navy’s First Sea Lord, could have been talking about major problems confronting the US Navy today. Something is wrong. And the problems are not only naval. Some extend throughout the Department of Defense.

As the USS Theodore Roosevelt saga winds down, the incentive to get back to “business as usual basis” builds. Were that to happen, it would be a colossal error.  The TR incident comes in the wake of too many seeming errors, mistakes, and scandals that have befallen the US Navy. These demand that crucial questions must now be addressed about the overall condition of the Navy that have led to what some including the president and the secretary of defense believe is a service that is badly adrift.

Fortunately, the relatively new Chief of Naval Operations (CNO) Admiral Mike Gilday has not been tainted by any of the scandals or problems and therefore is the right person at the right time to dig more deeply into resolving these symptoms of naval ill-health.

While this is not Admiral Gilday’s direct responsibility, how the Department of Defense is responding to the COVID-19 pandemic both in protecting the force and ensuring that it is still ready to conduct its missions requires answers and sooner rather than later. So far, the Pentagon has been sporadic in keeping the public, as well as those who wish us ill, informed.

A cyclical nature to crises leaves none of the services unscarred. The Navy’s current spate of problems dates back to someone called Fat Leonard nearly a decade ago. The purveyor of logistics for naval ships in the Pacific, Fat Leonard won many of his high-priced contracts with bribes, fancy dinners, and women he supplied to naval officers. In the aftermath of this tawdry affair, not only were so many senior officers professionally damaged that much of the Navy’s experienced leadership was depleted.  Worse, the moral and ethical naval compasses were called into question.

The USS McCain, Fitzgerald, and other collisions and mishaps at sea raised profound questions about the Navy’s professional as well as enterprise competence. USS Gerald Ford and the F-35 and ballistic and attack nuclear submarine procurement programs have been crippled with huge cost overruns, delays, and systems that have not worked.

The Navy was incapable of producing a credible plan as to how it would achieve the legally-mandated 355 ships.

The CNO-designate, confirmed by the Senate last year, was forced to resign. The president of the Naval War College, after being extended for a year because of superior performance, was relieved over allegations without due process.

A SEAL convicted of war crimes was exonerated by the president who then fired his secretary of the navy. And now the acting navy secretary, who believed that the naval chain of command was not supporting the TR, has resigned after a visit to the ship and a disastrous talk to the crew.

In terms of designing future naval forces, the secretary of defense has taken that responsibility away from the Navy and put it under his personal supervision. Whether or not that is a good idea, it is a stunning criticism of the Navy Department even though the Pentagon has not been able to define what it takes to deter and if war comes, defeat China or Russia or another adversary,  the center pieces of the National Defense Strategy.

Failures and incidents like these have plagued all the services since George Washington’s day. What is new is the number and frequency of occurrence. That alone requires examination. And the causes stretch across factors that are institutional; bureaucratic; cultural; ethical and moral; and how the Navy operates at sea and ashore.

Until a new navy secretary is confirmed, no matter the competence of the acting replacement James McPherson, little will happen. McPherson has a strong background and excellent qualifications including serving as the navy judge advocate general. However, this is probably an interim appointment.

Based on these many examples of sub-standard naval performance, a stem to stern review of the Navy is needed now. It must be thorough and unrestricted and include a separate panel of outside experts. And it needs to consider the post-COVID environment that is likely to have profound geostrategic and operational differences from today including the prospect of substantially less defense spending given the huge increases in the nation’s financial debt and deficits. Admiral Gilday is the person to make that happen.

After the ship collisions, the then navy secretary appointed a retired CNO and highly seasoned civilian to investigate and analyze what happened. The striking conclusion of the report was a failure of the naval chain of command to ensure the service was prepared as required by the law “to conduct sustained operations incident to combat as sea.” But that critique extended beyond the Navy.

More than a century later, David Beatty’s lament is correct. Something is wrong with our Navy. But will we take this warning seriously and determine what is not right and then fix it? With Congress out of session because of the pandemic, it is uncertain when any investigation by the Hill would start or finish. The first order of business is confirming the new secretary of the navy probably in May. But no matter how able that person may be, it will take time to learn the job.

These are Navy problems and the Navy can solve them. Admiral Gilday, I hope you are listening. And I hope you will act.

Dr. Harlan Ullman is a former naval person having served in the US and Royal Navies and in command, including over 150 missions and operations in Swift boats in Vietnam. He is senior advisor at the Atlantic Council and his last book was Anatomy of Failure: Why America Loses The Wars It Starts.

More in the Med: How NATO Can Refocus its Efforts in the South and Italy Can Lead the Charge

Though NATO has made considerable progress in deterring an aggressive Russia to the east, it falls short in its “southern strategy.” Ambassador Alexander Vershbow and Lauren Speranza suggest three major courses of action to develop NATO’s strategy towards its southern flank.