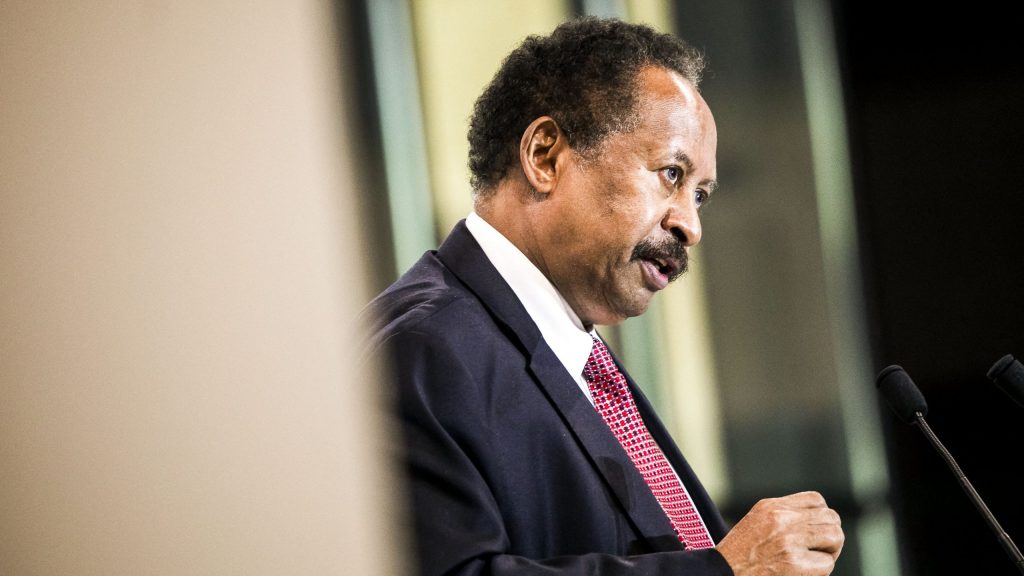 Sudan’s post-revolutionary transition was thrown into question Monday after an apparent coup in which the military arrested leading civilian leaders, including Prime Minister Abdalla Hamdok.

Just months after the April 2019 ouster of dictator Omar al-Bashir, Hamdok traveled to Washington—the first Sudanese head of government to be welcomed by US officials since 1985—where he appeared at the Atlantic Council.

In an address and subsequent discussion with nonresident senior fellow Cameron Hudson, a hopeful Hamdok outlined his country’s challenging transition from dictatorship.

Perhaps most striking was his statement about the delicate governing structure between the civilian leaders who helped topple Bashir and the country’s powerful military. While praising the “homegrown” nature of the compromise, Hamdok also warned that any backsliding could lead to “a failed state.”

Image: Prime Minister Abdalla Hamdok of Sudan speaks at the International Conference in Support of the Sudanese Transition in Paris, France, on May 17, 2021. Photo by Romain GAILLARD/Pool/ABACAPRESS.COM.