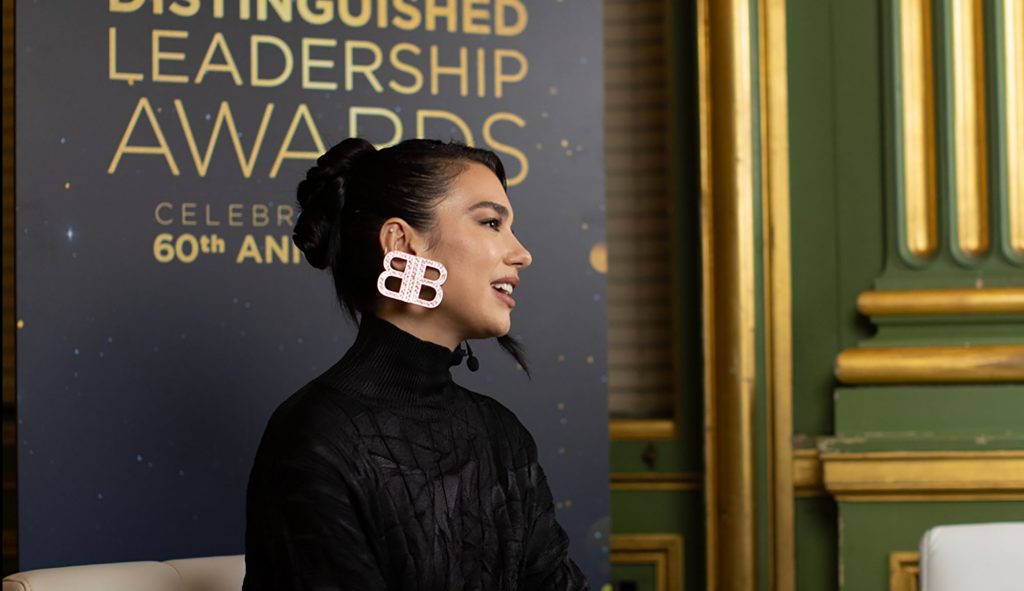 Considering the many ups and downs of 2021—an uneven pandemic recovery, plus successes and setbacks for democracies worldwide—it’s worth saluting those who have helped power progress and strive for stability in these tumultuous times.

That’s what the Atlantic Council set out to do at Wednesday’s Distinguished Leadership Awards (DLA), honoring exemplary individuals who have contributed to the Council’s mission of shaping the global future together across a wide range of fields.

During a time of great global discord, European Commission President Ursula von der Leyen has displayed a fierce commitment to maintaining transatlantic ties. And amid the gravest public-health crisis in a century, Pfizer CEO Albert Bourla, along with BioNTech co-founders Özlem Türeci and Ugur Sahin, have showcased the best of what business can offer society.

Meanwhile, Grammy Award-winning singer Dua Lipa has used her star power to help lift her ancestral homeland, Kosovo, from post-war poverty and provide an entire generation the gift of hope.

As the Atlantic Council marks its sixtieth anniversary, the organization’s President and CEO Frederick Kempe harkened back to its founding moment—when a young Kennedy administration was tested by the Soviet Union. He noted that there are strong parallels between the extraordinary circumstances in which the Council arose and today’s challenges, which range from the pandemic to climate change to competition with China. “That is why we are all here together, understanding the historic imperative of our times now is no less than at the time of our founding—and perhaps even greater,” Kempe said.

This year’s DLA honorees have proven that big advances are possible even when the road ahead looks most daunting. Here are some of the insights they shared with attendees at the gala dinner at Mellon Auditorium in Washington and with viewers around the world. (Read the full transcript here.)

Ursula von der Leyen: “This year has reminded us that we must stand up for democracy every day”

The Council’s global impact hinges upon the generosity of our network of donors.

Deepen your commitment to our shared values with a tax-deductible donation.

Albert Bourla: “To defeat [the virus], we must be united”

Özlem Türeci: “We all let science and data be our teachers”

Ugur Sahin: “The desire to help others is hardwired and encoded in our genes”

Dua Lipa: “Give us a chance, and we will excel” 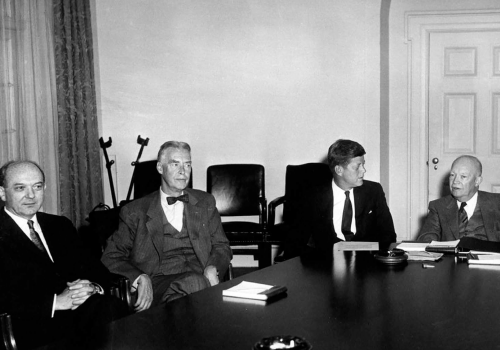 The Atlantic Council at 60: Enriched by its past, energized by its present, and equipped for the future 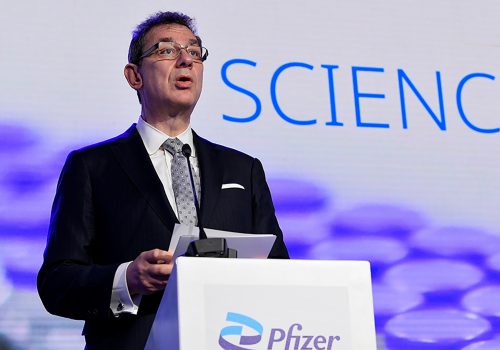 Pfizer’s Albert Bourla on how the pandemic ends

Bourla joined the Atlantic Council to talk about his collaboration with BioNTech on the COVID-19 vaccine, his take on misinformation and politics in medicine, and his personal story. 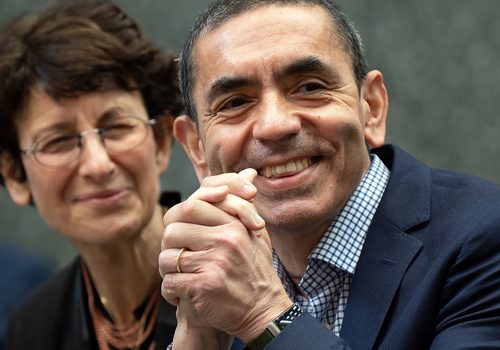 If the pandemic hit a year earlier, ‘we might not have been in the position to respond this fast,’ say BioNTech co-founders. Here’s why.

BioNTech co-founders Uğur Şahin and Özlem Türeci joined the Atlantic Council to talk about their pursuit to develop mRNA vaccines, including the COVID-19 vaccine, and how they work on common passions as a couple.