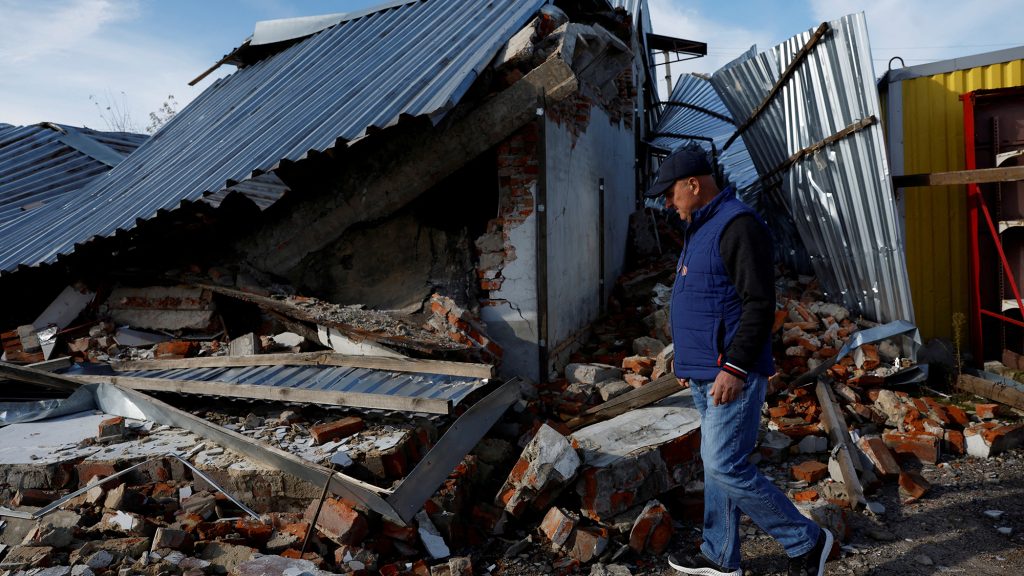 When it comes to Russia’s war of aggression, the goal now is for Ukraine to win, and win they must—on their own terms. But it is never too early to think about the post-war reconstruction and how to reimagine the nation’s future. Tuesday’s International Expert Conference on the Recovery, Reconstruction, and Modernization of Ukraine was a step in the right direction for at least one important reason—the second-to-none seniority of the participants. With German Chancellor Olaf Scholz and Ukrainian President Volodymyr Zelenskyy addressing attendees in Berlin, no one can claim that the conference lacked political weight.

And political weight matters. It’s a signal of leadership, which in this case is an ability to rally post-war Ukraine to rebuild better and to inspire trust among democratic societies that the reconstruction can take place in a transparent manner.

The conference did not lack ambition, at least in rhetoric. But what else should we pay attention to, and what lessons do these leaders need to apply in the challenging months ahead?

First, size matters—and so does the structure of aid. While estimates of reconstruction costs vary, one trillion dollars is an increasingly mentioned figure, reflecting a vast country that has already suffered great damage. This is a massive amount, but Ukraine’s forty-year-high inflation (with no end in sight) puts its rebuilding ambitions at risk. Loans with strings attached do provide a level of fiscal discipline, but grants can provide goodwill and yield a more positive impact on the ground. Sovereign and local governments are perfectly capable of managing debt, as even amid a disastrous war, Ukraine is able to issue its own bonds on international capital markets. Thus, it is evident that large infrastructure projects, a key part of Ukraine’s reconstruction, should be funded using a range of options customary for such transactions—from equity to debt capital markets, from project finance to bank funding, and from development finance to asset-backed financing. At the grassroots level, though, convincing small and medium-sized businesses to take out loans might be difficult.

Second, participation has to be all-encompassing, with public and private capital finding their respective niches. On the public side, developmental institutions, the United States, and, to an extent, other Group of Seven (G7) countries already lead the way in mobilizing capital, which is critical to stabilizing Ukraine’s wartime economy. Some might ask why the United States is leading (again) in supporting the defense (and rebuilding) of a European nation. Well, there finally seems to be a realization that Russia’s attack on a sovereign country is an attack on all democracies and on the international rules-based order. If this order is crippled and undermined, no “America First” policy can replace the prosperity of the democratic alliance that the United States leads. This is an existential battle for the freedom of everyone, and the United States, as the hegemon, is a primary beneficiary of the current world order. While the United States leads, the European Union’s (EU) inability so far to deliver the promised nine billion dollars in reconstruction funds serves as a disappointment.

On the private side, it is hard to imagine large amounts of private investment in Ukraine while the war continues. With the understanding that going into a war zone is not for the faint-hearted, there are pockets of high-risk, high-reward capital globally that thrive under extreme conditions. Private contractors were omnipresent both in Iraq and Afghanistan, among other tough spots globally. Hence, it is important to enable private capital to scout the opportunities in wartime and post-war Ukraine. European Commission President Ursula Von der Leyen’s proposal for a tiered approach—starting with immediate reconstruction of vital needs such as schools and energy infrastructure and then moving to a broader rebuild after the war is over—is a welcome development.

Third, transparency and accountability will make or break the reconstruction effort. Ukraine is among the most corrupt countries in the world, according to Transparency International. In May, at the World Economic Forum gathering in Davos, young Ukrainians loudly swore to the public that the people will no longer tolerate the wrenching corruption that had permeated the country. We shall see. This is where “advice” and recommendations from long-time donor institutions like the World Bank and International Monetary Fund can come in handy. US economic support, legislated through Congress, already holds significant accountability measures. Building trust in Ukraine’s ability to get it done right is paramount.

Fourth, a clear vision of Ukraine’s future is essential. It is a fundamental element that guides the entire reconstruction effort. It seems clear, with the initiation of EU accession procedures as well as Ukraine’s application to NATO, that the country’s future path is tightly interwoven with the democratic West.

Economic integration with free markets, strong institutions, resilient energy architecture (which powers progress), Ukraine’s competitive edge in agriculture—all of these and more will require gargantuan commitments by the Ukrainian government and international donors. This integration is good for Ukraine, and it is good for the West. Yet on the ground, as rebuilding fatigue inevitably kicks in at some point in time, a clear vision and priorities set by the highest Ukrainian authorities will help the effort stay on the path.

Rebuilding Ukraine is an overwhelming and complex challenge that requires strategic patience, unprecedented collaboration, vast resources, and exceptional leadership. This week’s conference proved that the intent is there, which is a good start. 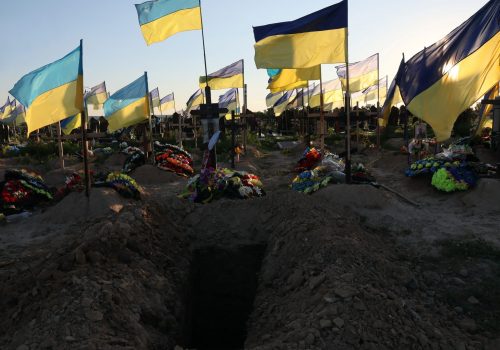 Advancing a framework for the stabilization and reconstruction of Ukraine

This policy brief articulates an actionable and evidence-based framework for the stabilization and reconstruction of Ukraine. 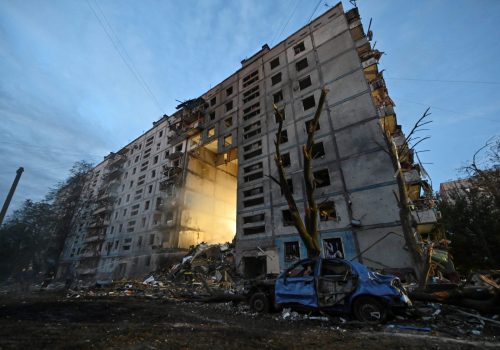 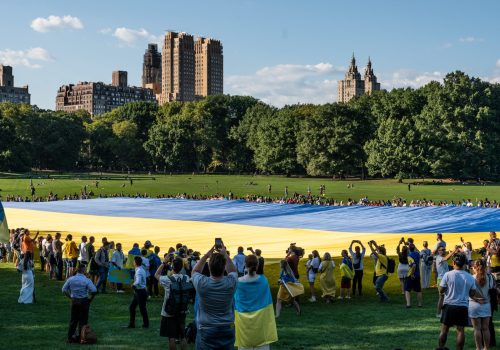 Image: Victor walks across the forecourt of his garage which was completely destroyed during Russian strikes, amid Russia's attack on Ukraine, in Balakliia, Ukraine on October 22, 2022. Photo via REUTERS/Clodagh Kilcoyne.