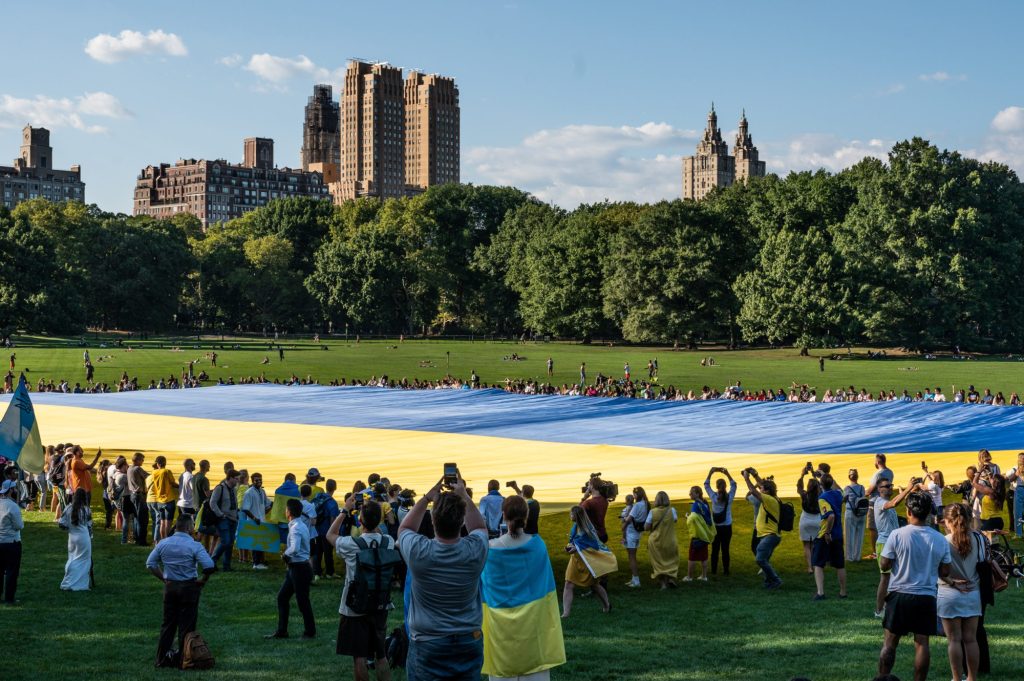 Unsure about how to best help Ukraine and Ukrainians at this point in the war? Charities abound, and numerous needs can be found with a quick Google search. Family, friends, and neighbors constantly ask me how to help and how to sort the wheat from the chaff.

I have six real and practical suggestions for anyone looking to support Ukraine. First, vote. With less than four weeks remaining until the US mid-term elections, get up to speed on candidates and where they stand on support for Ukraine.

Second, look for new ways to draw in your community. Music and dance are great ways to bring more people in. For example, I live in the Washington, DC area, so I’ve invited my entire neighborhood to attend the October 18 Benefit Concert for Ukraine, organized by the Chopivsky Family Foundation, at the Kennedy Center. Grammy-award winning violinist Joshua Bell takes to the stage alongside the New Era Orchestra of Kyiv to play Beethoven and two lesser-known Ukrainian composers.

Third, help Ukraine rebuild now. Private charity can change lives while the US government and others dither with complex reconstruction plans. Russia President Vladimir Putin’s latest missile strikes on civilian infrastructure including schools, parks, playgrounds, and apartment buildings are a constant reminder that nowhere is safe in Ukraine.

Only four weeks ago, Kyiv felt shockingly normal and open for business. To help Ukrainians retain some normalcy during what will inevitably be a difficult winter, consider giving to the Kyiv School of Economics’ campaign to reopen schools. All schools in Ukraine must have a bomb shelter in order to re-open, and many schools cannot afford the expense, so children are forced to take online lessons yet again.

Fourth, make no mistake about it, the coming winter will be very hard and very cold. Putin’s recent missile strikes hit more than 10 Ukrainian cities, intentionally targeting heating and power facilities, leaving thousands without electricity and internet. “This is going to be a difficult winter for us,” said President Volodymyr Zelenskyy at the Yalta European Strategy conference on September 10.

Ordinary Ukrainians need sleeping bags, thermal underwear, warm socks, generators, and heaters. Americans can send these goods to Help Center Ukraine, an outstanding distribution site run by Ukrainian businessman Andrey Stavnitser and a close friend. I personally have visited his distribution warehouse in Lublin, Poland, and Andrey’s team will ensure that all donations reach needy Ukrainians across the country.  Help Center Ukraine has distribution sites in New Jersey and Lublin, Poland, and will be opening another warehouse in the United Kingdom soon.

Fifth, Ukrainian families already living in the United States have real physical needs. One family from Kyiv needs a used car. Others need help figuring out how to transfer their degree credentials. Volunteer in your community and if you have space, invite a family into your home. If taking a family in for a spell is too much, invite them to share an upcoming holiday with you.

Sixth, as the holidays approach, find ways to bring Ukraine into your preexisting traditions. My family and I carol every year, and this year will be no exception. The new twist is that we will sing the Ukrainian song “Shchedryk,” a magical composition that was later adapted into the English Christmas carol, “Carol of the Bells.”

Russia’s war of choice in Ukraine shows few signs of ending soon, so it is incumbent upon all freedom-loving people to find creative ways to keep support for Ukraine robust as long as it takes.