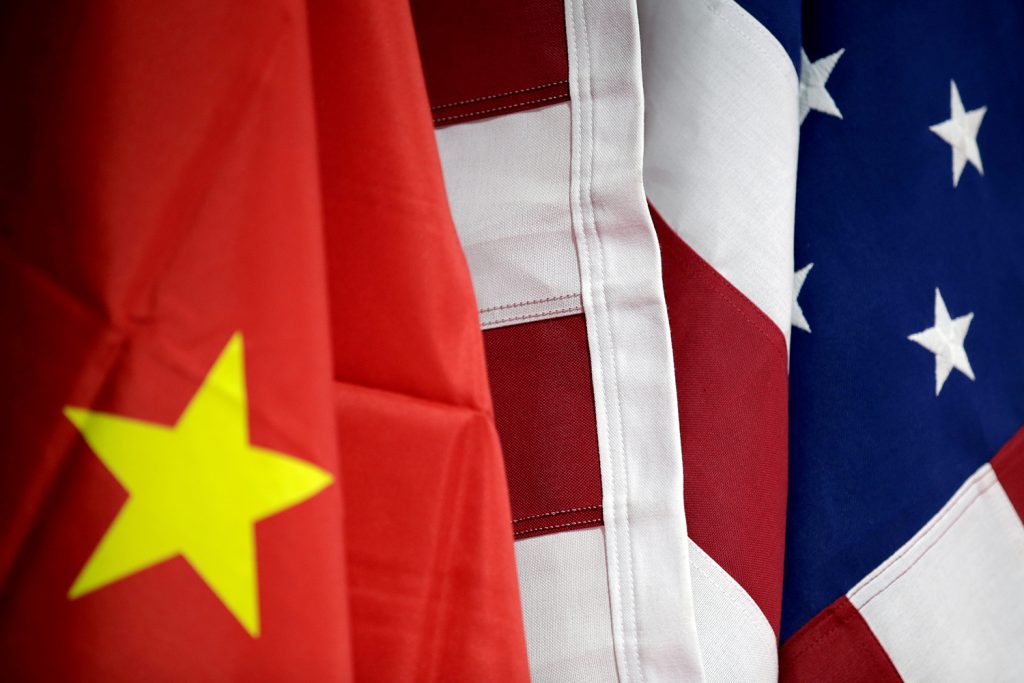 China has deployed a potentially potent new tool in its rivalry with the United States. It comes in the form of a “blocking statute” that Beijing recently issued to stymie US efforts to steer Chinese and other companies away from doing business with countries and actors sanctioned by the United States. China’s move may foretell a new point of contention in the relationship between the two world powers, following a recent expansion of US sanctions against Chinese companies and corresponding efforts by China to push back.

China is not the first foreign government to toy with sanctions-evasion tools, nor is this even its first attempt. China and others have already explored the possibility of dodging US sanctions by moving away from the US dollar as the global exchange currency, which is easier said than done. Russia, meanwhile, has deployed counter-sanctions like those levied against imports of European cheese. And ships have turned off their transponders to avoid detection when transporting Iranian, Venezuelan, or Syrian products. Indeed, the Chinese blocking statute appears to emulate a European Union (EU) blocking statute that has been in place since 1996 in response to what the EU sees as “extraterritorial” US sanctions on Iran and Cuba.

None of these efforts appears to have had a material effect on Washington’s ability to use economic levers to impose costs on malicious activity or create leverage for negotiations. China’s newly unveiled blocking statute, however, could inflict some new costs.

US sanctions on China expanded dramatically in the last year of the Trump administration. In July, the Treasury Department imposed sanctions on the Xinjiang Production and Construction Corps for its role in human-rights abuses against China’s Uighur minority in the Xinjiang region. Then the Department of Commerce restricted hosting of the TikTok and WeChat apps. The Commerce Department has added dozens of Chinese companies, including tech giant Huawei, to its “entity list,” which prohibits them from receiving US goods and technology. And on January 11, new sanctions prohibited US citizens from dealing in the securities of companies identified as “Communist Chinese Military Companies.”

China’s new blocking statute appears to be an attempt to blunt the impact of these measures and the threat of sanctions on additional Chinese companies for conducting business with sanctioned countries. If effectively implemented, the statute could force international companies to choose between potentially running afoul of US sanctions or risking retaliation from Beijing for steering clear of sanctioned Chinese companies and Chinese business with Iran and North Korea.

Fortunately, the United States has the tools to push back on the blocking statute and protect the primacy of its sanctions.

China’s Ministry of Commerce (MOFCOM) issued the blocking statute on January 9, 2021. Its immediate impact is to create an obligation for any Chinese company to report to MOFCOM when it is prohibited or restricted by foreign law from engaging in normal economic, trade, and related activities with a third territory (e.g. Iran or North Korea).

Beyond the reporting requirement, the blocking statute won’t have much practical impact until China identifies the “extraterritorial” laws to which it applies—restrictions on US persons facilitating transactions with sanctioned Chinese companies, for example, or the threat of sanctions against Chinese companies for doing business in Iran and North Korea. Once these laws are identified, however, several provisions in the statute establish new prohibitions. MOFCOM may issue an order prohibiting Chinese persons from complying with the sanctions. In addition, the statute creates a private right of action for Chinese companies against anyone who complies with the US sanctions and harms their Chinese counterpart. Chinese companies, therefore, could sue foreign companies that do business in China for complying with US sanctions.

The Chinese blocking statute looks awfully similar to an EU blocking statute that has been on the books since 1996. The EU passed blocking legislation in response to two statutes passed by the US Congress in 1996: the Cuban Liberty and Democratic Solidarity Act, known as “Helms-Burton,” and the Iran and Libya Sanctions Act (ILSA). Both Helms-Burton and ILSA ushered in an era of broad and often effective use of secondary sanctions by the United States.

The European response to both ILSA and Helms-Burton was swift and forceful.  Following strong diplomatic pushback from the EU, the EU Council adopted a regulation that, like the Chinese blocking statute, prohibited any EU person from complying “actively or by deliberate omission” with any identified foreign law. The EU statute also creates a private right of action for any EU company that is damaged by the application of the listed sanctions laws.

The EU blocking regulation seems to take a hard stand against the US sanctions, giving European companies a clear mandate to not change their behavior based on the threat of them. However, the regulation has proven less potent than it might initially appear. Enforcement is left to EU member states, and only about half of them have ever adopted potential penalties for violations of EU sanctions measures. Moreover, it’s difficult to say whether any member state would ever impose a penalty for a violation of the blocking regulation—because none ever has.

In contrast to China’s framework, the EU has already identified the laws to which the blocking regulation will apply—essentially the US sanctions regimes against Cuba and Iran. In 2018, in response to then-President Donald Trump’s withdrawal from the Iran nuclear deal, the EU updated the statute so that it broadly covered US sanctions on Iran. Nonetheless, despite a wide expansion of sanctions on Iran by the Trump administration, there has not been a corresponding expansion of EU enforcement efforts under the blocking statute.

China’s approach—and how the Biden administration can push back

Of course, the European experience will not necessarily be replicated in China. Simply put, the Chinese government has not shown the same fealty to the rule of law that Europe has. As a result, it is entirely possible that China will use its new blocking statute in a much more aggressive manner to punish companies that choose to abide by US sanctions when they conflict with Chinese policies. Beijing’s complicated relationship with Washington may also contribute to a more aggressive approach. While the close alliance between the EU and the United States has generally meant that conflicts on sanctions have been resolved diplomatically, China may be more than willing to provoke a stand-off when politically convenient.

The blocking statute therefore potentially puts China on a collision course with US sanctions authorities. The United States, regardless of the administration in office, is likely to continue to use sanctions not only to coerce Chinese companies to terminate business with malicious actors like North Korea and Iran, but also to hold Chinese actors accountable for violations of international norms such as human-rights abuses in Xinjiang. International companies doing business in China will need to carefully consider how to comply with US sanctions while also avoiding retaliation from the Chinese government. If they run afoul of the blocking statute, it could prevent them from doing business in China or even result in stiff penalties.

Fortunately, there are ways for the United States to blunt the impact of the blocking statute should the Chinese government use it aggressively. The Biden administration is likely to return to a sanctions policy that emphasizes the protection of broadly recognized international norms. It’s also likely to prioritize multilateral sanctions regimes that bring in the EU, United Kingdom, and other allies with large commercial interests in China. Faced with such a coalition, China may hesitate to retaliate against a broad array of international companies that are abiding by US and other international sanctions.

As with many other policies, the United States and its partners will be in a position to present China with a choice of its own: play by the rules of the road or sink into isolation.

David Mortlock is a nonresident senior fellow with the Atlantic Council’s Global Energy Center. He is chair of the Global Trade & Investment group at the law firm Willkie Farr & Gallagher LLP, where he focuses on sanctions, export controls, and other international trade issues. Formerly, he was director for international economic affairs for the National Security Council.

Xi Jinping at the virtual Davos: Multilateralism with Chinese characteristics

To grow jobs, Washington must fight for US companies abroad

To expect US companies to match China’s resources and withstand its tactics without the full support of the US government is a farce. Washington needs a new approach—one that gives US companies a fair shot without adopting China’s style of state control or offering handouts to domestic companies.

Image: Flags of U.S. and China are displayed at American International Chamber of Commerce (AICC)'s booth during China International Fair for Trade in Services in Beijing, China, May 28, 2019. REUTERS/Jason Lee