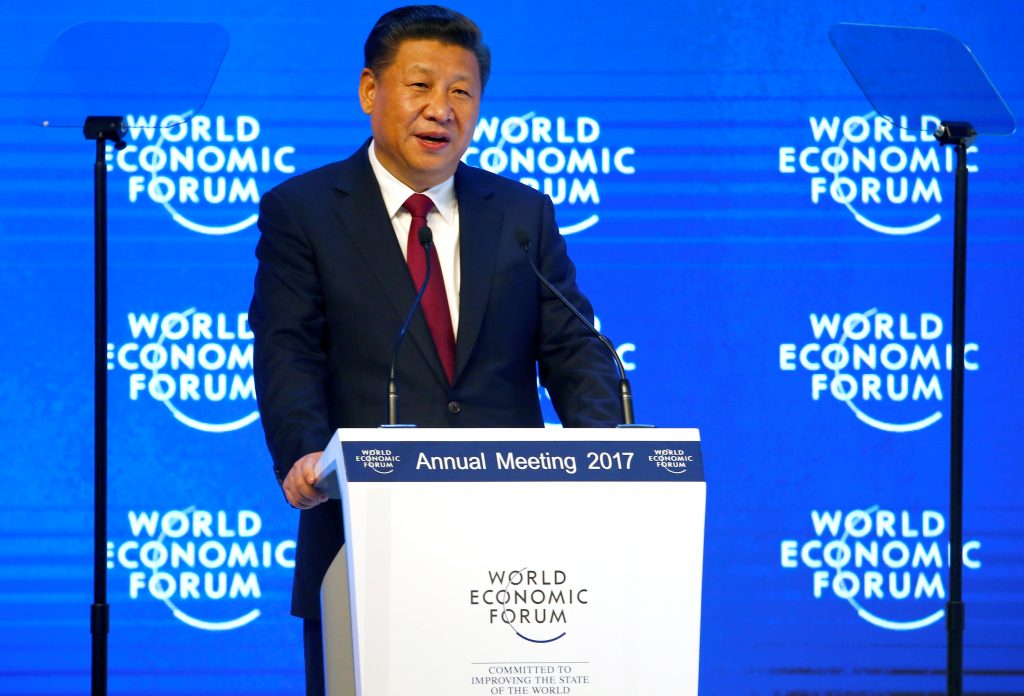 The statement is reminiscent of Xi’s promotion of globalization at a previous Davos meeting in 2017, around the time that former US President Donald Trump was threatening a series of unilateral trade actions against China and other countries. While international cooperation within multilateral frameworks is indeed crucial in addressing many of the serious challenges presently facing the world, it is important to recognize that not all calls for multilateralism are the same. The particulars of the multilateral vision inform how international cooperation works in practice. And Xi’s vision of multilateralism differs in key aspects from the conceptions of multilateralism espoused by much of the world.

First and foremost, Xi characterized the charter of the United Nations (UN) as containing “the basic and universally recognized norms governing state-to-state relations,” but failed to mention that the same charter also “reaffirm(s) faith in fundamental human rights, in the dignity and worth of the human person.” Arguing that “each country is unique with its own history, culture, and social system, and none is superior to the other,” Xi rejected “meddling in other countries’ internal affairs.” The historical context of European and American colonialism and its impact on many developing countries needs to be kept in mind here. But in today’s context, Xi’s advocacy of sovereign equality among nations and non-interference in countries’ internal affairs has been directed toward warding off criticism of China’s violations of the human and democratic rights of the people in Xinjiang, Tibet, and Hong Kong. Since criticism of those rights violations has come mainly from developed countries in the West, while many developing countries have supported China’s defense against that criticism, Xi’s remarks point to fundamentally different notions of multilateralism. Is multilateralism to be based on state rights as sovereign equals that accept no meddling in their internal affairs? Or is it instead to be based on universal human rights to which people aspire all over the world—on the notion that governments anywhere should be held accountable for respecting the basic rights of their citizens?

Xi’s emphasis on the uniqueness of each country’s system and non-interference in internal affairs also has major implications for international economic and trade relationships. In his speech Xi advocated respect for global trading rules, but only to the extent that those rules do not interfere with China’s economic system. The Chinese system involves state guidance and support for both state-owned and non-state-owned companies, exercised not only through state laws and regulations but also by embedding Chinese Communist Party cells in companies. These conditions have made it impossible for international companies to operate on a level playing field when trading with or investing in China. These systemic differences between China and the West should inform current efforts to reform the global trading system based on the World Trade Organization. Instead of only focusing on changing or improving global rules, more work should be directed toward developing practical ways to ensure reciprocity between trading partners in their treatment of each other’s companies—and even reciprocity of outcomes from that trade for citizens in each country. Such an approach would help address concerns among people, especially in developed countries, about being displaced and left behind by the expansion of free trade.

Xi also advocated “keeping up with the times instead of rejecting change,” in part in order to “reform and improve the global governance system.” Indeed, much needs to be done to accurately reflect the growing economic weight of developing countries in many international organizations. In particular, the quota-based decision-making system at the International Monetary Fund needs to be reformed. After rounds of quota increases, China, whose economy is catching up with the US economy, still has 6.41 percent, far less than the US quota of 17.44 percent. As a result of that differential, the US has veto power over major decisions by the IMF while China does not. However, when change to the international system means China unilaterally claiming sovereignty over much of the South China Sea within its self-designated “nine-dashed line,” in contravention of rulings by the UN Convention on the Law of the Sea (UNCLOS) tribunal, that represents a serious threat to peace and stability in the region as well as internationally recognized freedom of movement on the high seas. Consequently, China’s promotion of reform of the global governance system—in international organizations as well as with regard to maritime claims—has to be carried out through consultation and negotiation among concerned parties, and not through unilateral actions based on the preponderance of its economic and military power.

At the virtual Davos this week, Xi essentially proposed a multilateralism with Chinese characteristics—designed to ensure that international interactions be conducted in accordance with China’s perspectives. Given the many common challenges facing the world, there is a clear need for international cooperation within multilateral frameworks. But what should be equally clear after Xi’s address is that when China’s leader invokes multilateralism, he doesn’t have in mind what many others in the international community do. That chasm needs to be recognized—and bridged.

It’s Joe Biden’s America, but could it be Xi Jinping’s world?

As Joe Biden’s presidency enters its first one hundred days, he can’t take his eyes off Xi Jinping’s efforts to leverage the anniversary of the first one hundred years of the CCP’s power. Biden faces a wide array of international challenges, but this contest will be the one that will define his place in history—and whether democracy or authoritarianism will be the ascendant system for the future.