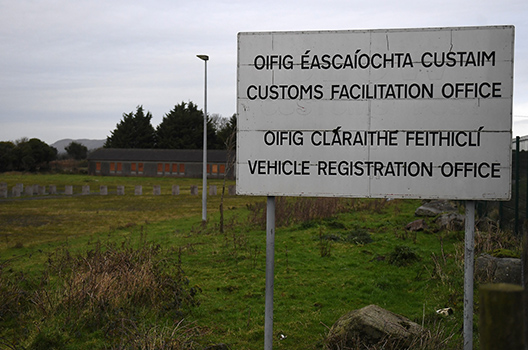 DUBLIN — What does breastmilk have to do with Brexit? If you’re in Ireland, it’s an unexpectedly symbolic illustration of past and prospectively future divisions within the island of Ireland – and between the Republic of Ireland and the United Kingdom.

The South West Acute Hospital at Enniskillen, in the British province of Northern Ireland, hosts the only bank of breast milk for neonatal units both in both Northern Ireland and the Republic.

According to the Irish Times, the Republic’s Health Service Executive (HSE) is worried that the outcome of Britain’s prolonged Brexit debate – on which a crucial parliamentary vote is due in the British House of Commons on January 15 – might disrupt cross-border delivery of “just-in-time” medical supplies such as breastmilk.

This is, of course, exactly the kind of issue that one would think could be resolved in the short term by ad hoc arrangements and in the longer term by the Republic creating its own breast milk bank.

But it is also a symbolic issue. On April 10, 1998, the governments of the UK and the Irish Republic signed the Good Friday Agreement in Belfast. The agreement effectively ended thirty years of communal conflict in Northern Ireland in which some 3,000 people died in violence involving the predominantly Catholic forces of the Provisional Irish Republican Army (IRA), militants from the largely Protestant community who wanted to ensure Northern Ireland remained part of the UK, and British troops sent in to restore order.

The town of Ennniskillen remains one of the most poignant reminders of that conflict. On November 8, 1987, an IRA bomb killed eleven people attending a Remembrance Day ceremony at the town’s memorial to soldiers killed in two world wars.

But Enniskillen’s hospital staff are themselves symbols of hope. In the uncertain days that followed the Good Friday Agreement, with British troops still patrolling an uneasy border, this writer witnessed an extraordinary example of quiet cross-border cooperation.

In the border town of Blacklion, just thirteen miles from Enniskillen and twenty-five miles from west coast town of Sligo in the Republic, doctors, nurses, and officials from the Erne hospital in Enniskillen – the forerunner of the more modern South West Acute Hospital – gathered with their counterparts and colleagues from Sligo University Hospital to agree a private calendar on which of them should be on standby on different days of the week in the event of any major terrorist incident.

This was the only way they could ensure that hospital workers on either side of the border could finish their shift without worrying whether there would be the resources available to deal with the aftermath of bomb attacks and shootings that so characterized the years of “The Troubles.”

The breast milk issue epitomizes the consequences of the prospective re-introduction of a hard border between the Republic and Northern Ireland. One of the Good Friday Agreement’s core underpinnings was the fact that both the UK and the Republic were members of the European Union (EU) and thus enjoyed frictionless trade and movement.

As an Irish colleague of mine remarked a few days ago, when he travels from the Irish capital of Dublin to see his brother in the Northern Irish capital of Belfast, “the only way I know I’ve crossed the border is that the speed limits are shown in miles per hour not kilometers.”

At this stage, no one knows just what will follow if, as expected, British Prime Minister Theresa May loses the vote she has called in Parliament on January 15 on her own plan for leaving the EU. In the long run it could, as she is currently arguing, make it more likely that the UK will remain in the EU rather than leave without any deal whatsoever. But in the immediate future, it will almost certainly lead to weeks and probably months of uncertainty as Britain’s politicians grapple with the issue and ponder the prospects of a general election or a second referendum on whether the UK should leave the EU.

And it is that uncertainty that is so worrying to Ireland. The Good Friday Agreement, which had to be approved by referenda on both sides of the border, ensured agreement in Dublin as well as Belfast that Northern Ireland would remain a part of the UK so long as its population voted to remain with Britain.

But demographics are steadily changing the population balance in the north. The majority of northerners in education, from nursery school right through to university, come from a Catholic background. They do not necessarily favor the classic Republican cause of union with the Irish Republic, but if a hard border were to re-emerge, their attitudes might harden.

The breast milk at Enniskillen owes no allegiance to either Protestant or Catholic, to Unionist or Republican. But it is a worrisome symbol of all that could go wrong if Brexit spirals out of control.

Image: An old sign remains from the days of a hard border in front of a disused customs hut on the border between Northern Ireland and Ireland in Carrickcarnon, Ireland December 10, 2018. (REUTERS/Clodagh Kilcoyne)