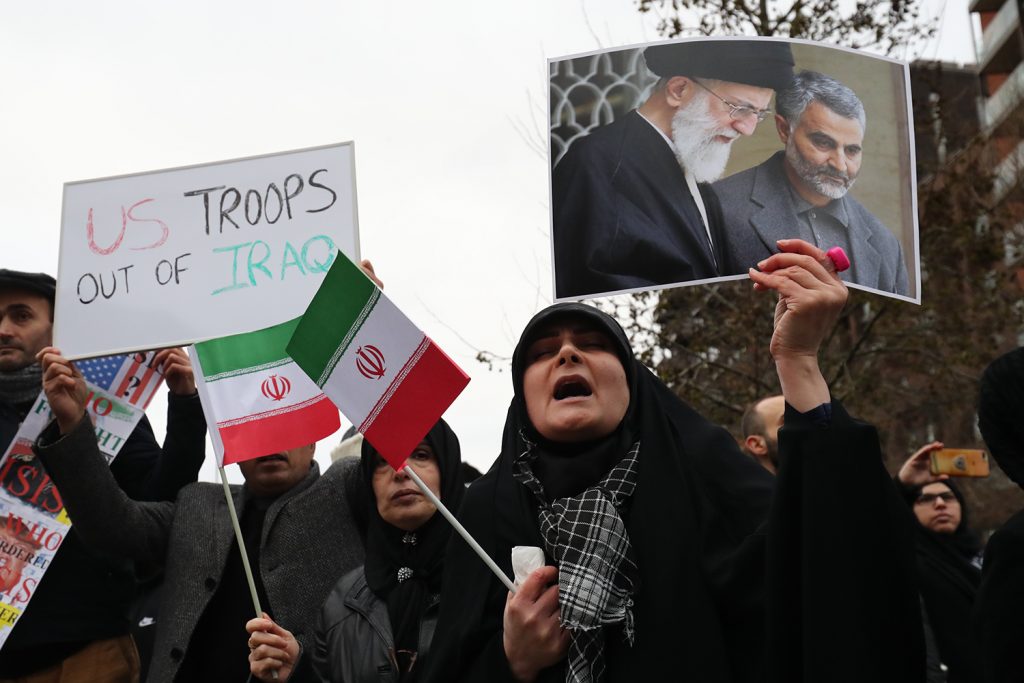 Amid the current furor over Qasem Soleimani’s killing, the United States recently threatened to impose sanctions on Iraq should its government insist on a US troop withdrawal from that country. It is important to explore the impact such sanctions would have. In the 1990s, Saddam Hussein’s regime was the target of a blunt and widespread embargo that, while limiting the country’s access to the international financial system, carried with it an extensive humanitarian toll. Those sanctions, coupled with the new challenges associated with the 9/11 attacks, motivated a fundamental reconsideration of how the US Treasury should use sanctions.

Similarly, the potential sanctions against Iraq under consideration now could damage the United States’ goals in that country and would only embolden Iran’s position—the exact scenario that US policy has tried to avoid. Economic countermeasures, such as restrictions to Iraq’s Federal Reserve accounts—could not only cede economic clout within Iraq to Tehran but could also have significant impact on the US dollar’s global position.

In the decades that followed the unsuccessful Iraq embargo, Washington’s sanctions strategy shifted from broad embargoes to targeted, scalpel-like measures designed to maximize pain while minimizing collateral damage. The Iranian sanctions in the 2010s proved the potential successes of this approach. Banks and firms not only in Iran but also across the Middle East lost access to dollar-clearing due to their participation in Tehran’s terrorism proliferation efforts. Additionally, Iran’s oil exports were severely curtailed by an oil embargo in the EU and a global waiver program that stipulated large volume reductions by key buyers such as China and India. These sanctions were overall successful: they resulted in significantly less humanitarian catastrophe than previous ones, and they drove Tehran to negotiate the Joint Comprehensive Plan of Action (JCPOA).

Today, the Trump administration is keen on ratcheting up its maximum pressure strategy on Tehran, but it is increasingly limited by the lack of sanctions ammunition left to deploy. After several months of increasingly provocative Iranian actions in the region, such as seizing tankers and targeting Saudi Arabia’s production facilities, the administration deployed a kinetic response to the death of a US contractor and an imminent threat to the US embassy. The move was successful in claiming the life of one of the region’s worst actors, responsible for the deaths of thousands in Syria alone, but it caused uncertainly in the future of the ability to keep US troops in Iraq, as Iraqi politicians have quickly called for a US withdrawal. To rebuff this attempt—which would only strengthen Tehran’s position in Iraq—the US administration threatened Baghdad with economic penalties if they forced US troops to leave.

On January 10, the Federal Reserve Bank of New York (FRBNY) leveraged Iraq’s access to its accounts at the FRBNY and heralded a redeployment of harsh sanctions previously deployed in 2015. That radical step to limit Iraq’s access to its foreign currency accounts was meant to ensure that the country’s dollars were not flowing into the hands of rogue actors linked to Iran and ISIS. When Iraq exports its oil abroad, the country receives payment in US dollars, not Iraqi dinars (the local currency) and provides Baghdad with valuable hard currency to purchase other goods. When other countries export consumer goods to Iraq, payment in US dollars, the global reserve currency, is far preferable to payment in the Iraqi dinar. The Iraqi central bank deposits these dollars at the FRBNY, where it can receive them upon request.

Periodically, the Iraqi central bank will call upon these reserves to meet the needs of the local economy. The central bank auctions dollars to banks and exchange-houses, many of which have deficient anti-money laundering programs. When this access was previously restricted in 2015, the US Treasury and State Department used the alleged involvement of rogue actors in the central bank’s auction to justify the decision. The move was intended not as a permanent expulsion but as a powerful incentive to change Baghdad’s behavior on the issue. ISIS had been raising as much as $20 to $25 million per month by accessing the flow of dollars in the country, while rogue Iranian banks, like Bank Melli and Bank Parsian, were later revealed to have accessed the auctions. The need for action was serious, but, shortly thereafter, Iraqi authorities deepened their engagement with Washington, and the restrictions were rolled back.

Against a growing tide of opposition to Washington’s unilateral restrictions on dollar clearing, the threat to weaponize FRBNY accounts today is an even more dangerous step, as it questions the position of the dollar and the Federal Reserve in the global market. Virtually no other global currency can meet the needs of global investors in the same way that the dollar can. Capital controls and other policy restrictions, for example, remain serious impediments to the Chinese renminbi’s growth. However, even if the dollar remains a dominant global currency, the Federal Reserve is not the sole provider of dollars. When shipments to the United Arab Emirates had been interrupted by terrorist actions, local institutions turned to other institutions in the global marketplace to meet their dollar needs. This is also not the first time that sanctions have awakened concerns about access to reserves.

In 2014, the Central Bank of Russia allegedly made a major withdrawal, but shortly moved its funds back into its Fed account. Unlike the sanctions on Iran, the Russian sanctions package limited Russian firms’ access to financing in euro and dollar-denominated capital markets while still preserving Russia’s ability to sell energy in global markets and sparing the central bank from the brunt of policy action. Nevertheless, this year saw Russia dump much of its Treasury holdings, shifting the proceeds into euros and yuan, as Washington has debated new sanctions measures.

Threatening Iraq’s FRBNY access is not only dangerous due to its unprecedented scale but also due to its punitive nature. Sanctions are most effective at incentivizing nations when a clear off-ramp is present, and there is a credible promise of economic benefits in exchange for policy coordination.

It may not take a full withdrawal order from Baghdad for sanctions to be imposed. For some time, Russia has been exploring a potential sale of its S400 missile system to Iraq, mirroring Turkey’s earlier acquisition. Turkey’s purchase has come under significant scrutiny due to the country’s participation in the F-35 program, with many in Congress viewing the transaction as worthy of sanctions under the CAATSA law. Though the administration has a choice of a wide variety of options, economic countermeasures aimed at Baghdad could be seriously counterproductive to US efforts in the country. If imposed, the only clear victor would be Iran.

Iran’s economic influence in Iraq has lagged its formidable security clout, owing to both the country’s weaker economy and the existing sanctions regime on Tehran’s international transactions. Still, Tehran is a critical supplier of natural gas and electricity to the Iraqi power grid, which suffers from periodic spikes in demand during the hot summers. The Iraqi electricity system has suffered from both the lingering efforts of the Iraq War and attacks by ISIS, with Iranian exports responsible for as much as a third of the country’s capacity. These exports are critical to the Iraqi economy, justifying their waiver under the current sanctions package aimed at Iran. All of Iraq’s payments are paid in Iraqi dinars, not in dollars, and must be spent on Iraqi humanitarian goods in a similar setup to Europe’s INSTEX mechanism.

US sanctions on Iraq could significantly bolster Iran’s economic clout into the region. Iran has long sought to use Iraq as a means of sanctions evasion, so Isolating the Iraqi economy could boost such efforts while enabling Iran to use its proxies in Iraq to build patronage networks. Iraq’s Popular Mobilization Forces, largely sponsored by Iran, already compete with Baghdad in the provision of security and, over time, could also rival the state in the provision of other public goods, like welfare services or infrastructure. There are few benefits, if any, to sanctions on Iraq. If the United States does move forward with this strategy, it may come to seriously regret its actions.

Michael B. Greenwald is a fellow at Harvard Kennedy School’s Belfer Center for Science and International Affairs. He is also a senior adviser to Atlantic Council President and Chief Executive Officer Frederick Kempe and North America Deputy Director of the Trilateral Commission. From 2015-2017, Greenwald served as the US Treasury attaché to Qatar and Kuwait.

Ilhan Omar is spot on that sanctions are not a one-size fits all solution to the United States’ problems. But her critique of sanctions as a failed tool in the foreign policy playbook misses the mark.

Image: Protesters demonstrate outside the US Embassy in Nine Elms, London, after the US killed the head of Tehran's elite Quds Force and Iran's top general, General Qassem Soleimani, in a drone strike at Baghdad's international airport (via REUTERS)