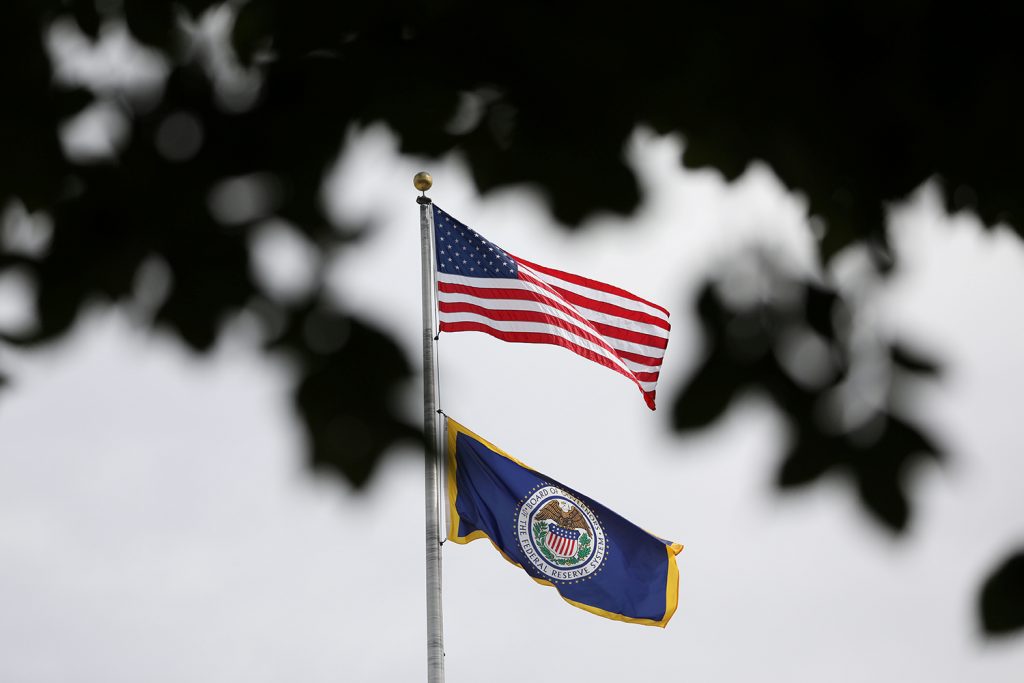 Amid continued market turmoil, as well as particularly dire predictions about the US economy and labor market over the past few days, governments globally continue to implement significant economic stimulus packages in response to the coronavirus crisis. The pandemic is causing a trifecta economic shock to the global economy as aggregate demand collapses, supply chains are interrupted, and financial markets swing wildly. As governments and central banks globally begin to shape their responses to the crisis, it is worth examining the tools available to the Federal Reserve System (Fed) in the United States, and the actions taken by it to-date.

The United States and the European Union will likely both have a severe recession this year, with China’s growth slowing down significantly. The UK, Japan, and South Korea are all responding to their own outbreaks and will suffer a recession as well. These economies together account for over 70 percent of global gross domestic product.

On March 23, the Fed announced meaningful additional measures to support the US economy, following dire predictions from some senior policymakers over the weekend. In its statements, the Fed restated its commitment to deploy “its full range of tools to support the US economy,” and its next steps do not by any measure exhaust those tools. The Fed, in other words, has multiple “kitchen sinks” to throw at problems.

Central bank interventions to-date have generally fallen in one of four categories: lowering rates, asset purchases/quantitative easing, interventions in select frozen or malfunctioning funding markets, and direct or indirect credit provision. The Fed made no adjustments to overnight rates (it lowered its key rate to zero on March 15) but announced expansions of its efforts in the three other areas.

In terms of asset purchases, the Fed will now purchase US Treasury bonds and mortgage-backed securities as needed with no pre-determined limit—it had committed to purchasing up to $700 billion last week. It also expanded the program into the purchase of agency commercial mortgage-backed securities. Importantly, the Fed announced it will conduct primary and secondary market purchases of investment grade corporate securities by using special purpose vehicles with equity provided by the Treasury Department’s Exchange Stabilization Fund. The primary market vehicle will provide bridge loans to otherwise profitable companies for up to four years.

Following its intervention in the corporate short-term funding market last week, the Fed is now also shoring up its support of municipal Variable Rate Demand Obligations and tax-exempt commercial paper. Over the next few weeks, it is likely that the Fed will have to intervene in other frozen or malfunctioning markets. Notably, the Fed did not intervene in short-term municipal markets during the Global Financial Crisis.

The Fed continues to direct lending into the economy and announced its intention establish a “Main Street Business Lending Program” for small and medium sized enterprises to support the Small Business Administration’s efforts.

In the current environment, two aspects of the Fed’s work deserve special mention—first, as an institution it can commit to additional measures ‘as needed’ for the duration of this public health crisis. Given the inconsistent and slow policy response emanating from the administration, and the lack of consensus in Congress, the Fed may ultimately be the institution providing clarity to investors as to the ultimate economic impact of the pandemic. Such clarity is needed especially for equity markets to stabilize. Second, the Fed contributed to global financial stability in its announcement with other leading central banks on March 20. Through its strengthened deployment of swap lines with an increasing number of other central banks, the Fed is providing an important stabilizing mechanism to the global economy in terms of continued access to dollar funding. While very much needed, a globally coordinated, multilateral economic response has so far mostly been otherwise lacking, despite the efforts of the International Monetary Fund and others.