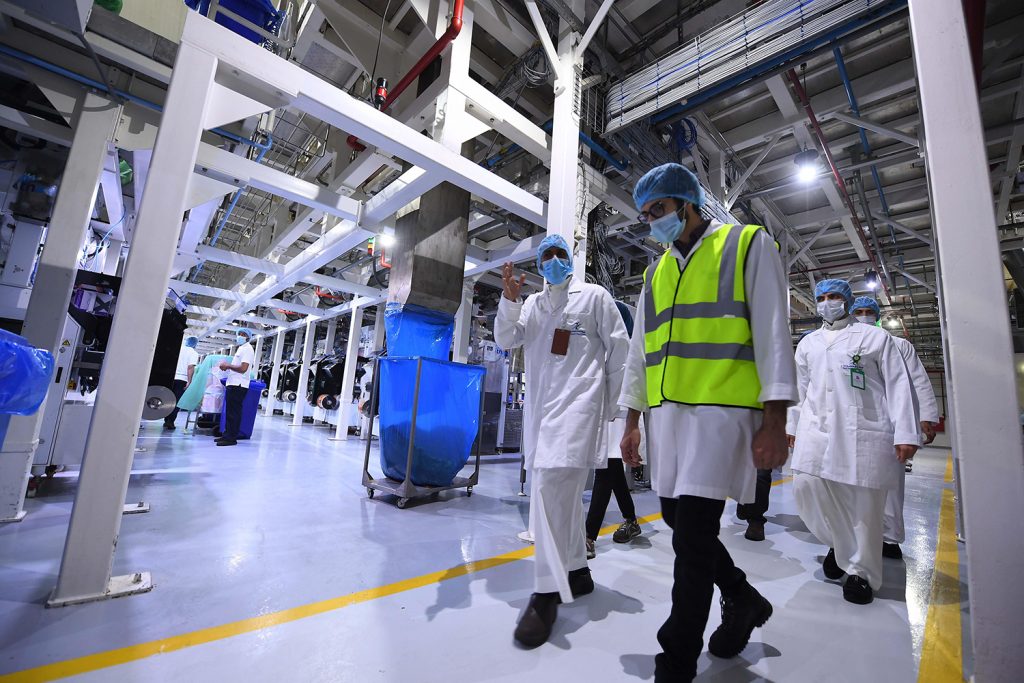 As the COVID-19 pandemic continues to spread all over the world—now mainly outside of China—the Group of 20 (G20) has agreed to hold a virtual summit of its leaders this week. The summit is taking place against the backdrop of severely damaged business and investor confidence which repeated doses of monetary and fiscal stimulation by major countries have yet to assuage. To make things worse, the rivalry between the United States and China appears to have escalated, including over the handling of the outbreak. This has undermined hopes of effective coordination among major countries to fight the global pandemic and its economic impact.

To succeed the summit needs to achieve at least three important goals.

First, leaders must show that they can work together to implement a well-coordinated global plan to address the crisis. To be credible, they must be seen as able to rise above recent squabbles and in particular to stop weaponizing the new coronavirus in the fight for global influence. While deep-seated differences among countries remain, it is important for leaders to be able to put those disagreements aside for the moment and focus on coordinating actions to save lives and jobs. First and foremost, an unequivocal commitment to undertake a few concrete actions to help bring the raging pandemic under control is necessary. Such actions can include sharing successful test results of any drug and vaccine so that their production and supply can be scaled up quickly to meet urgent demand. Simply repeating the mantra that “we’ll do whatever it takes” is simply not adequate anymore. Failing to make a positive impression will leave citizens sinking into fear and despair.

Second, a concrete action that can help the G20 regain credibility and itself is a good way to stimulate the global economy is to roll back the tariffs imposed during the trade war—to the status quo ante. Experiences in the past three years show that tariffs can slow world trade growth, and therefore global economic growth, without positive results for any countries. On the other hand, rolling back tariffs will help revive business confidence and stimulate trade—a needed shot in the arm for the global economy at this juncture.

Last but not least, G20 leaders need to offer a coordinated and synchronized fiscal stimulation plan, substantially bigger than what twenty-plus countries have already announced in an uncoordinated way making them less impactful. So far, the gross domestic product (GDP)-weighted average size of those fiscal packages is about 1.8% of GDP. This has not yet matched the 2 percent of GDP that the G20 countries put together just in 2009 in the midst of the financial crisis. This time, the fiscal measures need to be much larger—probably doubling the previous effort if not more. The pandemic-driven social distancing and economic disruptions, especially significant restrictions in the movement of people, goods, and services, will most likely cause a deeper and longer lasting economic slump than the 2009 recession.

The coronavirus financial crisis has also been characterized by an acute preference for dollar liquidity—investors worldwide appear to have sold liquid securities including safe haven assets in times of crises such as US Treasury bonds to raise cash. The heightened dollar funding need has widened dollar cross currency swap spreads versus other major currencies like the euro or the yen—amid deteriorating liquidity in the foreign exchange markets which normally are among the most liquid. This has put non-US banks and other corporate dollar borrowers under pressure. The US Federal Reserve has quickly reacted to this situation by enhancing its standing dollar swap lines with five other major mature market central banks and then extending swap lines to several major emerging market (EM) countries—like it did during the 2008-09 financial crisis. However, that still leaves out most EM countries—many banks and corporate borrowers there have also incurred sizable dollar debt.

Consequently, the G20 should agree to increase their pledges to the New Arrangements to Borrow (NAB), designed to provide a financial backup to the International Monetary Fund (IMF). Currently capped at Special Drawing Right (SDR) 182 billion, the NAB can be significantly raised to visibly augment the IMF’s potential lending capacity (currently at $1 trillion) to assist all member countries in need; in a way that mutualizes exposures to country risk instead of leaving them with the Fed through the bilateral swap lines. Strengthening key international financial institutions that play important roles in supporting economies in distress will send a clear reassuring message.

The commitments described above will certainly improve business and investors’ confidence in the authorities’ ability to navigate through the unprecedented pandemic challenges. Unfortunately, judging by the unraveling of international trust and institutions seen in the past few years, those goals are more of a wish list than realistic expectations at present. However, the point is that the more the G20 can deliver something in the direction of those goals, the more it can be helpful to the international community and financial markets. The consequences of disappointing markets again are quite disconcerting to contemplate.

Image: RIAD, SAUDI ARABIA- In the photo taken on March 18, 2020, managers warn of the coronavirus in factories in Saudi Arabia. (REUTERS)