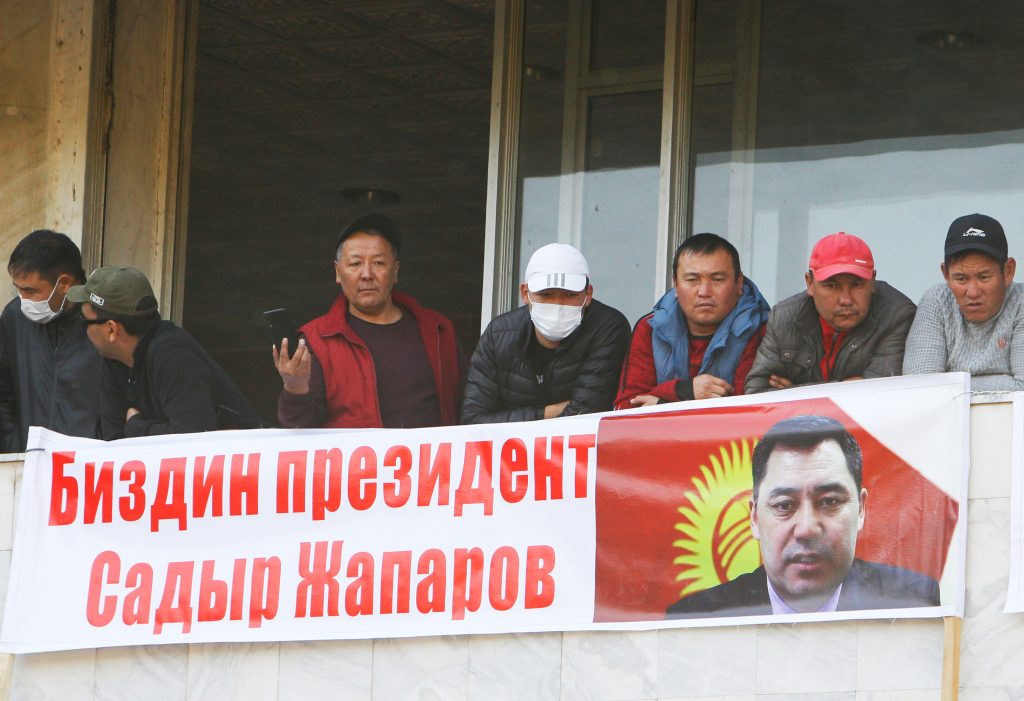 When Netflix and Amazon seek out a plot for the next big political thriller, they should look no further than Kyrgyzstan. The circumstances under which Kyrgyz President Sadyr Japarov came to power are ones for the history books, if not the big screen.

It’s not often that a convicted kidnapper serving an eleven-year jail term morphs from prisoner to prime minister and president of his country in a matter of days. But when protesters, angered by fraudulent parliamentary elections, took to the streets last fall, Japarov was not only liberated but celebrated by a large contingent of Kyrgyz citizens who consider him to be a populist savior. Since his ascent to power in October, he has been hard at work gutting Kyrgyzstan’s ministries, rewriting its constitution, and seeking revenge against his critics, not least of which is the United States.

The cinematic elements of Kyrgyzstan’s unraveling political narrative were not lost on US Ambassador Donald Lu, who remarked last year that although the story bore a striking resemblance to “a Hollywood mafia movie,” the ending was not yet foretold. As Lu moves on to his new role in the US State Department overseeing Central and South Asia, his successor has not only an opportunity but a responsibility to stand up to the Japarov regime and curtail its attacks on Kyrgyz and US institutions.

In the past few months, the Kyrgyz security services have been cracking down on NGOs, journalists, academics, and anyone with the nerve to directly or indirectly criticize Japarov. US organizations have likewise found themselves targeted. Andrew Kuchins, a respected Central Asia scholar and the president of the American University of Central Asia (AUCA), was brought into the Kyrgyz Ministry of Interior for questioning about illegally importing drugs. The absurd insinuations against Kuchins will hopefully be dropped, but they were almost certainly intended to send a message not just to the university but also to Washington. What’s more, the accusations leveled against Kuchins are part of a disturbing crackdown on Kyrgyz civil society as a whole.

That AUCA and its president have been caught up in a state-sanctioned battle over progressive and liberal-minded institutions is not that surprising. Kyrgyz dissident and human-rights activist Leila Nazgul Seiitbek suggested in an interview that one potential explanation for this incident is retaliation for US criticism of Japarov and scrutiny of organized crime in Kyrgyzstan. Lu has not shied away from calling attention to Japarov’s abuses and has vocally highlighted the case of Kyrgyz customs official Raimbek Matraimov, who is facing sanctions under the US Global Magnitsky Human Rights Accountability Act for his involvement in a scheme that relieved the Kyrgyz treasury of over $700 million through an elaborate smuggling empire. The attack on the president of what is arguably the United States’ most important lever of soft power in the region serves as a warning not to make waves in Bishkek.

Among the absurd accusations lobbed at AUCA is the charge that the university is turning the Kyrgyz gay. That is according to a series of videos circulating on social media that highlight the dangers posed by women’s-rights and LGBTQ activists, who the videos claim pose a direct threat to traditional Kyrgyz values and are capable of plunging countries into chaos. The videos warn that the United States is planning to start a war in Central Asia and name USAID, the National Endowment for Democracy (NED), Radio Free Europe/Radio Liberty, and other pillars of US soft power as agents of Kyrgyz destruction. The videos feature alarming surveillance footage of AUCA students and NED representatives, suggesting they could be the work of state security services.

These apparent attempts to intimidate and silence American institutions and their Kyrgyz partners merit the full attention of Lu’s successor. Washington’s interest in Central Asia has been waning for some time—and for good reason. As the United States plans to withdraw its troops from Afghanistan, it has even less justification than usual to engage with Central Asia. (Although the US government is reportedly discussing basing American troops in a number of Central Asian countries, Kyrgyzstan didn’t make the list.) In terms of US interests, Kyrgyzstan is far from a priority. There is also no way that the United States can reasonably outspend Russia or China in a region that is a priority for Moscow and Beijing.

But a few things are certain.

American soft power and democracy-building efforts make a tangible difference when it comes to the safety and civil liberties of the Kyrgyz people. The United States and European Union are among Kyrgyzstan’s only allies in the fight to keep independent media alive.

Allowing the government of Kyrgyzstan to entrench itself by scapegoating the United States and other Western powers has the potential to fuel dangerous anti-American sentiment that could manifest itself in organizations like the Islamic State of Iraq and al-Sham (ISIS), which has recruited from Kyrgyzstan.

American government agencies spend between forty and sixty million dollars a year in Kyrgyzstan on a variety of initiatives meant to improve quality of life and governance in the country, but it seems that many Kyrgyz people don’t enjoy the benefits of these programs or associate those benefits with the United States. An EU-funded public opinion poll in 2017 found that less than half of Kyrgyz respondents felt that the US-Kyrgyzstan relationship was on good footing. The fact that the Kyrgyz state’s attempts to vilify the United States resonate so widely points to at best a public-relations failure and at worst grave mismanagement of resources that aren’t reaching those who need them. When China builds a factory in Kyrgyzstan, the Kyrgyz know who built it. Russia, likewise, is careful to claim credit for its soft-power contributions.

The United States must do the same. Washington needs to continually make the argument that the West is not the cause of Kyrgyzstan’s problems. It cannot allow Japarov to make it the scapegoat for the country’s endemic corruption and inequality. As Japarov takes an ax to Kyrgyzstan’s parliament, ministries, and criminal code while forcing civil society underground, he is steadily eliminating anyone who might challenge him.

Lillian Posner is an assistant managing editor at The National Interest. She holds a master’s degree in Russian, Eurasian, and East European Studies from Georgetown.

“Kyrgyzstan stands at a dangerous crossroads,” Noah Tucker says, “with leadership in parliament and the executive now firmly held by an unelected leader.”

Kyrgyzstan gripped by political chaos again: What comes next?

For the third time in fifteen years, citizens in Kyrgyzstan rose up in protest, as opposition groups took over government buildings amidst charges of vote rigging in the recent parliamentary elections. Atlantic Council experts respond to the recent instability in Kyrgyzstan and what it means for the region and the international community.