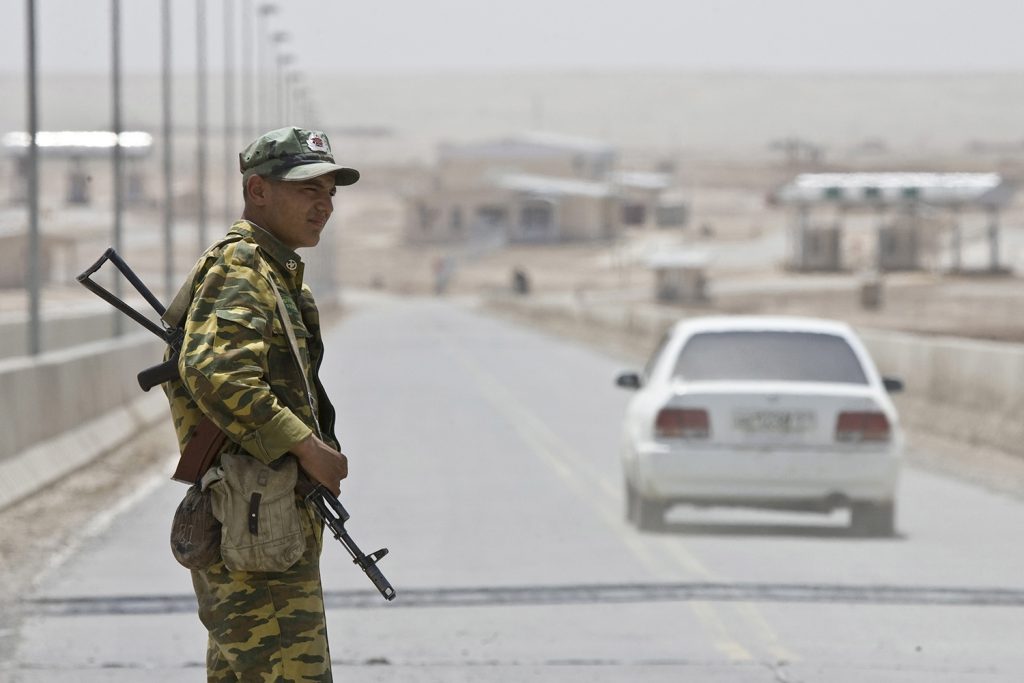 Over the past forty years of conflicts, Afghanistan’s potential as a contributor to development and prosperity in Asia has gone unrealized. If it were a stable neighbor, as the current Afghan peace process is meant to make it, Afghanistan could harness its potential as the “heart of Asia” and connect the South and Central Asian regions.

The five Central Asian countries have been isolated to the south by war-torn Afghanistan, to the east by rough terrain with nearly impassable mountains, and to the west by Iran, making engagement with South Asia both implausible and difficult. And though connecting the regions completely would be a lengthy process requiring the expansion and improvement of infrastructure across Afghanistan, achieving it would unlock opportunities for all: for Afghanistan, building infrastructure to integrate the regions would stimulate the country’s fragile economy; and for South and Central Asia countries, doing so would not only increase regional engagement but also serve their economic interests and open up access to new markets. Such infrastructure would increase trade and the flow of people and ideas between both regions—and the additional flow would stimulate innovation, job creation, and economic growth. Regional connectivity is also crucial to harnessing the economic potential of South and Central Asia’s youth bulge; the median age in both regions is 27.6 years old. Given these potential benefits, South and Central Asian countries have a strong incentive to partner in support of a stable, peaceful, and democratic Afghanistan.

Energy infrastructure projects are already underway to connect the regions: The Central Asia-South Asia Electricity Transmission Project will send surplus hydropower in Central Asia to communities in South Asia, while the Turkmenistan-Afghanistan-Pakistan Power Interconnection Project will help support power trade among the parties and the Turkmenistan-Afghanistan-Pakistan-India gas pipeline will run gas throughout the participating countries. A more comprehensive project, the Central Asia Regional Economic Cooperation Program, brought together eleven countries across Central, South, and East Asia to promote development. But new road and railway infrastructure will be essential to open corridors and maximize the benefits of regional connectivity.

Regional connectivity would also help restart Afghanistan’s fragile economy, most notably by connecting Afghanistan to the region’s largest market in India. Improved infrastructure would offer countries the opportunity to trade an array of goods via land routes that are more cost efficient than existing air routes. The economic links that come with new infrastructure would also encourage South and Central Asian countries to engage with Afghanistan through both the public and private sectors. Private-sector engagement could increase investment in Afghanistan, while public-sector engagement could encourage governments to incorporate Afghanistan into regional programming and multilateral initiatives such as the US-Central Asia platform C5+1.

Pakistan, too, would benefit from a peaceful Afghanistan. A direct land route to Central Asia through Afghanistan would provide Pakistan a more efficient and convenient alternative to its current routes through Iran or China. With this connection, Pakistan would be able to access new markets for its goods and strengthen ties with its Muslim-majority neighbors—two opportunities that are key to fulfilling a pillar of its 2025 vision, which aims to modernize transportation infrastructure and greater regional connectivity, along with the country’s goal of refocusing its foreign policy around geoeconomics. Pakistan could, for instance, leverage its strong agriculture sector to provide short-term food relief to Turkmenistan, where the COVID-19 pandemic has exacerbated an existing food crisis. This exchange would lay the foundations for a long-term partnership.

Afghanistan can leverage its strategic geopolitical position to not only begin to rebuild its economy but also to help the region achieve greater prosperity. Yet that only underscores the need for countries in the region to prioritize the task of crafting consensus for peace in Afghanistan, a necessary condition to harness this untapped potential.

Emily Carll is a project assistant at the Atlantic Council’s South Asia Center. She is a 2020 graduate of Stony Brook University and has previously participated in the US Foreign Service Internship Program at the US Department of State, working in Washington DC and at the US embassy in the Kyrgyz Republic. In the fall of 2021, she will participate in a Fulbright grant to Serbia.

Image: A frontier guard stands on a bridge to Afghanistan across Panj river in Panji Poyon border outpost, south of Dushanbe, Tajikistan, on May 31, 2008. Photo via REUTERS/Shamil Zhumatov.