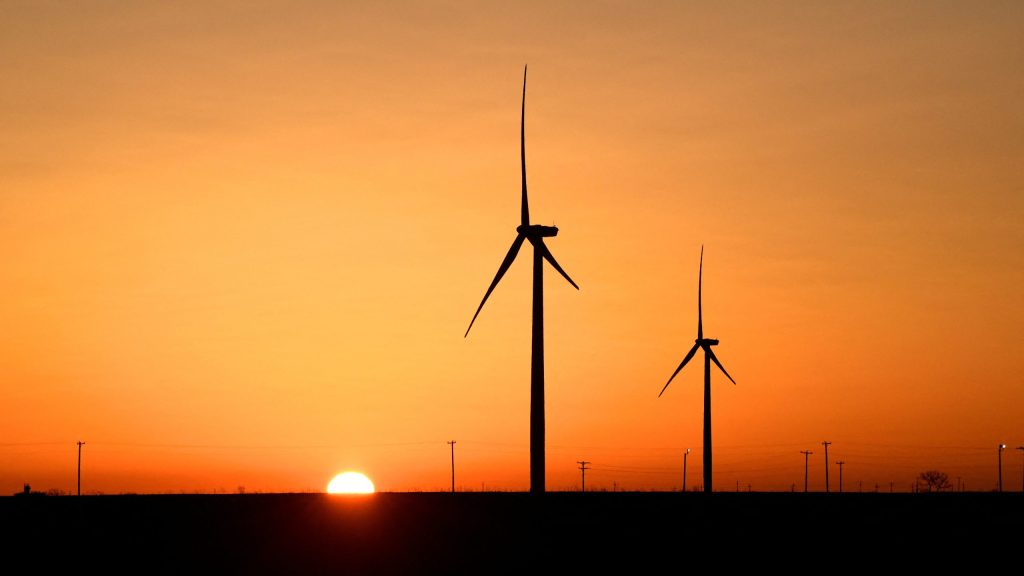 The expected passage of the Inflation Reduction Act (IRA) by congressional Democrats has been justifiably lauded as one of the major US domestic policy achievements of the past decade. The bill, which includes $370 billion in major tax and investment incentives for clean energy, has potentially transformative implications for the US energy system and the world’s largest economy.

But what happens in Washington never stays in Washington; it reverberates around the world. This is particularly true when it comes to energy diplomacy and climate change leadership. This bill’s strategic implications for US allies overseas can hardly be overstated.

The European Union (EU), for one, will breathe a sigh of relief with US President Joe Biden’s signature on the IRA for a variety of reasons. Foremost, Brussels (and London) will be delighted to see the United States making good on longstanding assurances that it would lead from the front and take tangible, durable steps to decarbonize its economy at home. The EU has committed to its own Fit for 55 decarbonization strategy and net-zero ambitions; now, having the United States aligned (in word and deed) with its vision opens up potential for greater collaboration on core issues. These could include comparable standards on climate-related financial disclosures, metrics and measurement in areas such as clean hydrogen and carbon capture technology suites, and opportunities for transatlantic private-sector engagement and investment in emerging clean technologies.

But equally important for US allies in both Europe and East Asia is the apparent recognition of the immediate role oil and natural gas will play while the long-term energy transition is underway.

In some aspects the IRA represents a realistic, compromise approach on managing the future of fossil fuels. For example, within the IRA there are requirements for new offshore oil and gas leasing to precede future offshore wind leasing. This provision suggests that US federal development of key areas for offshore oil and gas, such as the Gulf of Mexico, will persist for the foreseeable future even as clean energy rapidly accelerates.

Likewise, the prospect of a major permitting reform bill to quickly follow the IRA raises the prospect of faster, less costly environmental reviews for a range of conventional- and emerging-energy infrastructure, including liquefied natural gas (LNG) pipelines and export facilities. As the European Union looks to reduce its dependence on Russian piped gas volumes by two-thirds this year alone, and eventually wean itself completely off of supplies from Moscow, diversified and widely available US LNG exports are more crucial to European economic security than ever before. Meanwhile, US allies in Asia, particularly Japan and South Korea, are dependent on diversified and affordable supplies of LNG on the global markets. For these major East Asian economies, LNG is not only critical for economic stability, but also to support their transition strategies away from dirtier fuels like coal by acting as a backup for renewables and even blending with hydrogen.

But the implications of the IRA do not stop with Washington’s allies; its adversaries may well receive an equally clear message. Consider China, one of the fastest-growing consumers of oil and gas in the world and the center of many of the world’s clean-energy technology supply chains. The IRA’s heavy emphasis on domestic supply chains as well as new content requirements (for example, in electric vehicle components) in some respects mirrors the recently enacted CHIPS Act, which boosts US semiconductor chip manufacturing. Between both, the Biden administration has adopted a fully economic nationalist posture that will not be well-received in Beijing.

Already, House Speaker Nancy Pelosi’s controversial visit to Taiwan earlier this month has caused Chinese leadership to halt all dialogue with the United States over military and transnational issues, including climate change. Regardless, the IRA plots a clear path ahead for building and revitalizing US and North American supply chains for the energy technologies of the future, and if complemented with successful permitting reform, the era of Chinese supply-chain dominance of key technologies may begin to recede.

The IRA sends a similarly clear message to Russia—whose weaponization of energy throughout its war of aggression against Ukraine was the final proof that it cannot be trusted either as a reliable supplier of hydrocarbons or a stable actor in a rules-based international system. Combined with other US agency actions, the IRA envisions a US oil and gas industry that will demonstrate world-class efficiency and reliability as it facilitates the scaling of tomorrow’s technologies (notably, hydrogen economies of scale and carbon sequestration/utilization). Part of that is instituting an immediate fee on methane emissions (a long-standing problem for many producers, the United States and Russia included), providing financial support for the US industry to clean up its act, and bolstering regulatory efforts at the Environmental Protection Agency, Department of the Interior, and other agencies to rapidly reduce emissions of this harmful greenhouse gas. If the United States is able to use the optimal mix of regulation and incentives to prove itself as a leader in high-efficiency, low-emissions fossil fuel production, it can outcompete Russia and others in the years ahead in a smaller, tightening global fossil fuels market—while also reliably providing critical fuel supplies to its allies now.

All that said, the IRA does not represent a total assertion of US international leadership on climate and energy security. A crucial missing piece is that of overseas climate finance: A long-discussed $8.6 billion for the United Nations Green Climate Fund has not materialized here (or in CHIPS). This missing money continues to represent a serious abrogation of US international climate mitigation and adaptation support in the lead-up to this year’s United Nations Climate Change Conference of the Parties (COP27) in Sharm El-Sheikh, Egypt. Indeed, numerous developing economies, particularly India, have hinged their Nationally Determined Contributions toward the Paris Agreement goals on overseas financial support. But without clear US leadership on this front, it is difficult to imagine how many of these rapidly growing economies have any prospect of achieving the far less carbon-intensive development pathways needed to put the world on track to a scenario of only 1.5 degrees Celsius of warming—let alone manage adaptation costs and risks. This is a serious challenge, and one that Democrats may not have time to resolve if they lose control of Congress this autumn.

Yet despite these lingering problems, the IRA represents a significant foreign-policy achievement in addition to its obvious and expansive domestic implications. When it comes to climate, the Biden administration can now confidently say for the first time that America, truly, is back.

Andrea Clabough is a nonresident senior fellow at the Atlantic Council’s Global Energy Center and an associate at Goldwyn Global Strategies, LLC.