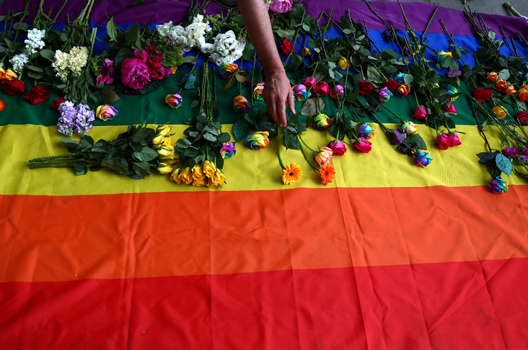 For eight years, the United States led the world in the fight to advance LGBTI equality and ensure that all people could live free from the fear of discrimination, bigotry, and violence.

More than any president before him, former President Barack Obama set the standard to inspire many around the world to follow.

On Obama’s watch, the United States set forth a number of measures to promote and integrate LGBTI rights into US foreign policy. Such steps included: issuing a presidential memorandum directing all federal agencies to ensure our overseas efforts promote the rights of LGBTI individuals; appointing the first Special Envoy for the Human Rights of LGBTI Persons to lead and coordinate the US Department of State’s diplomatic efforts across the globe; naming a Senior LGBT Coordinator to the US Agency for International Development (USAID) to ensure that LGBTI rights were fully integrated into all aspects of USAID’s overseas work; and expanding the Global Equality Fund, a multi-million dollar, public-private partnership to advance international LGBTI rights.

This was incredible progress. For the first time in history, the United States made the promotion of LGBTI equality a priority in conducting foreign affairs. Yet, in less than six months, US President Donald J. Trump has already created a void of leadership that threatens the interests – and even the lives – of millions of LGBTI people around the world.

In Indonesia, police and vigilantes alike have stepped up attacks on the LGBTI community. The White House has said nothing.

In Bangladesh, the ruling regime has cracked down on LGBTI people to appease Muslim extremists. The White House has said nothing.

In Chechnya, with Vladimir Putin’s tacit approval, police have detained and even tortured more than 100 gay men. Again, Trump’s White House has said and done nothing.

In 2017, no country wields as much influence as the United States. Washington’s continued silence, in the face of these escalating crimes, sends a clear message to human rights abusers around the world – they are free to do as they please. The United States will do nothing to stop them.

Through its inaction, the Trump administration is turning its back on the core values of fairness and equality that have defined the United States since its founding. Our community deserves better.

LGBTI individuals around the world should know that the United States has their back. In the absence of any semblance of leadership from this administration, it is important that Congress step up.

That is why I am pleased that, last month, members of both parties on the House Foreign Affairs Committee unanimously passed a resolution I introduced with Congresswoman Ileana Ros-Lehtinen (R-FL) to condemn the ongoing violence in Chechnya.

That is also why I am going to keep fighting to pass the Global Respect Act – legislation I have introduced to ban LGBTI rights abusers from entering the United States.

No human being – whether they are born in the United States or anywhere else – should ever have to fear for their life because of who they are or who they love. The United States must lead by example, and that’s why I have introduced the Equality Act – legislation to prohibit discrimination in housing, education, employment, credit, jury service, public accommodations, and federal funding.

However, as long as Trump refuses to show courage in the face of ongoing atrocities, more and more people around the world will become the victims of discrimination and horrific violence.

It is the responsibility of all US citizens to keep the pressure on this administration and demand that the United States continue to provide moral leadership in the fight for equality and human dig for all people.

This Pride Month, let’s commit ourselves to standing up and speaking out on behalf of members of our community, both at home and abroad.

Let’s not stop fighting until we change this president’s policies, and affirm the United States’ longstanding tradition of promoting human rights around the world.

Congressman David N. Cicilline is a representative of the first congressional district of Rhode Island. You can follow him on Twitter @RepCicilline.

Image: Campaigners place flowers on a multicoloured flag as they protest for LGBT rights in Chechnya outside the Russian embassy in London, Britain June 2, 2017. (REUTERS/Neil Hall)