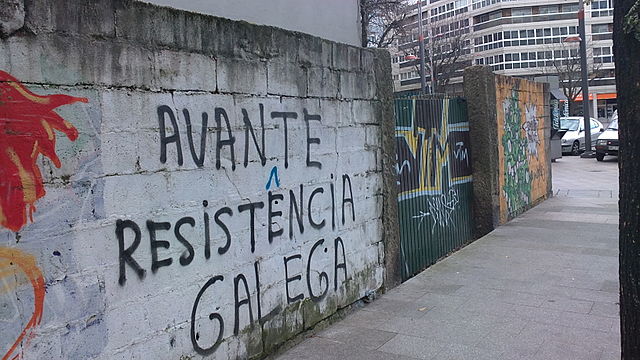 Conventional wisdom holds that terrorism in Spain has finally dissipated. However, political and economic trends might intersect with rising separatist extremism in Spain, leading to a return to the terroristic history that has plagued the country for years.

Since Euskadi Ta Askatasuna (ETA), the Basque separatist group that killed over 800 people over a forty-year spree, declared a ceasefire on January 10, 2011, Spaniards have markedly downgraded the importance of domestic terrorism. Considered Spain’s biggest problem (due to Spanish terrorism and the Madrid train bombings) as recently as 2007, only 0.4 percent of Spaniards considered terrorism a pertinent issue in an April 2013 poll, trailing behind concerns such as government corruption, social security, the struggling economy, banks, austerity, and politicians.    Looking at official reports, it seems like dormant threats are waking once again in Spain. The State Department’s “Country Reports on Terrorism 2012 – Europe” shows ETA continues to train in Venezuela and maintains connections with the FARC in Colombia. Further, according to EUROPOL’s “TE-SAT 2012” report, the European police agency’s continental terrorism threat assessment, ETA’s “recruitment of new members and the collection of information on new and future targets [is] still ongoing.”

But that’s just ETA. EUROPOL’s report also mentions the Galician pro-independence group Resistencia Galega (RG), which has carried out twelve attacks in Spain’s northwestern territory. RG had been planning “coordinated attacks,” claims EUROPOL, which were to be executed on “the anniversary of the approval of the Spanish Constitution,” a symbol of Spanish unity. While prominent members of the group have been arrested, RG continues to be Spain’s only active group, and one that refuses to quit.

Not included in the reports is the situation in Catalonia—Spain’s richest and most populous territory—which has seen a rise in extremism. For one, FC Barcelona games can no longer take place at the Camp Nou without the team’s supporters singing “Independencia!’ at the 17:14 mark holding up what would be Catalonia’s flag if it were to become a sovereign state. (Why 17:14? The match time symbolizes the year 1714 when King Philip V abolished all Catalan institutions, and imposed Castilian laws on the region by right of conquest.) This unprecedented activity in the stadium and the resulting extremism may meet a resurfacing history of terrorism in Catalonia. Indeed, an oft-forgotten terrorist group named Terra Lliure (TL) became active in the 1970s seeking Catalonian sovereignty, but disbanded in 1995 after internal discord and an unsuccessful run. Indeed, while TL bombed many buildings, it killed only one person and that by accident. There is reason to believe that an offshoot group seeking Catalonian independence might rise again, especially in the current Spanish context of a deteriorating economic and increasingly tense political situation.

Looking at the data on Spain’s economic situation, all the Atlantic’s Matt O’Brien could say was Spain is “beyond doomed” and that it is “one of the most terrifying things” he had ever studied. Spain’s 26.7 percent unemployment rate doesn’t tell the whole story. Spain’s youth unemployment rate, for hopeful workers under twenty-five, is 56.4 percent, according to Eurostat. This dire economic situation led Stratfor president George Freidman to term the stalling masses “Spain’s Angry and Unemployed Young Men” who have had “dreams shattered” and are:

broke, scared, and bored—not something you want a mass of young men to be. That is the point at which history turns. Over time, they become men with nothing to lose; they become violent men, trying to reshape the order by any means necessary. Looking around the violent parts of the world, it is young men with nothing to lose and fantasies of glory, led by older men who understand them and their needs, who wage the civil wars that tear countries apart.

The economy alone, leaving out Spain’s past with terrorism, has the great potential to radicalize youths in Spain. And, since more than one young Spaniard has told me that if a group organizes, they would join the cadres, it appears the radicalization is already happening.

The political situation in Spain isn’t making it much better. Spain is comprised of nineteen autonomous regions and cities superimposed on each other. In effect, nineteen separate countries, some more in line with the Spanish government than others, and with one of those autonomias being small yet powerful Madrid. The center-right government of Prime Minister Mariano Rajoy has been trying to centralize more authority in Spanish capital in order to enact reforms that the IMF claims it desperately needs. The deal Rajoy offered the regions—more funding in exchange for more central control over finances—was rebuffed, leading to more cries for independence in places like Catalonia as well as a popularity drop. In addition, the nationalist party won elections in the Basque Country because of “tensions between central government and the regions on whether to reduce the provinces’ power.” Later, separatist parties won regional elections in Catalonia on the same grounds, although not convincingly. This centralization of power reminds many of Spain’s generations of the dictator Franco who put all control in himself (as dictators are wont to do) and tried to homogenize Spain by getting rid of regional dialects like Catalan and Basque while simultaneously imposing a pan-Catholic culture on Spain’s citizens. While hyperbolic, the phrase I heard from an elderly Spanish woman, who is very anti-Franco, that “things in Spain were better under Franco than they are right now” is a genuinely felt sentiment by many.

The return of crippling terrorism in Spain is not unavoidable. The country has some of the best antiterrorism officers in the world due to years of experience and once powerful units like ETA are in one of their weakest positions ever. But the chance of this occurring in one or all three regions is certainly a possibility. With unemployment lasting more than two years rising sharply, and with corruption charges attributed to Rajoy and King Juan Carlos, anger toward the Spanish state is certainly on the rise. Young men (and women) with nothing to do may have no choice but to take up arms in (futile) hopes that their situation will improve.

The ingredients for Basque, Galician, and Catalan terrorism is certainly there. The inflammation of the tense history between Spain’s central government and its regions and the miserable cannot help the situation. It will be up to expert authorities and the politicians to keep these sentiments from getting violent and on the path to terror. But if terror does return to Spain, it will return with a bang.

Alexander Ward is a program assistant with the Brent Scowcroft Center on International Security.