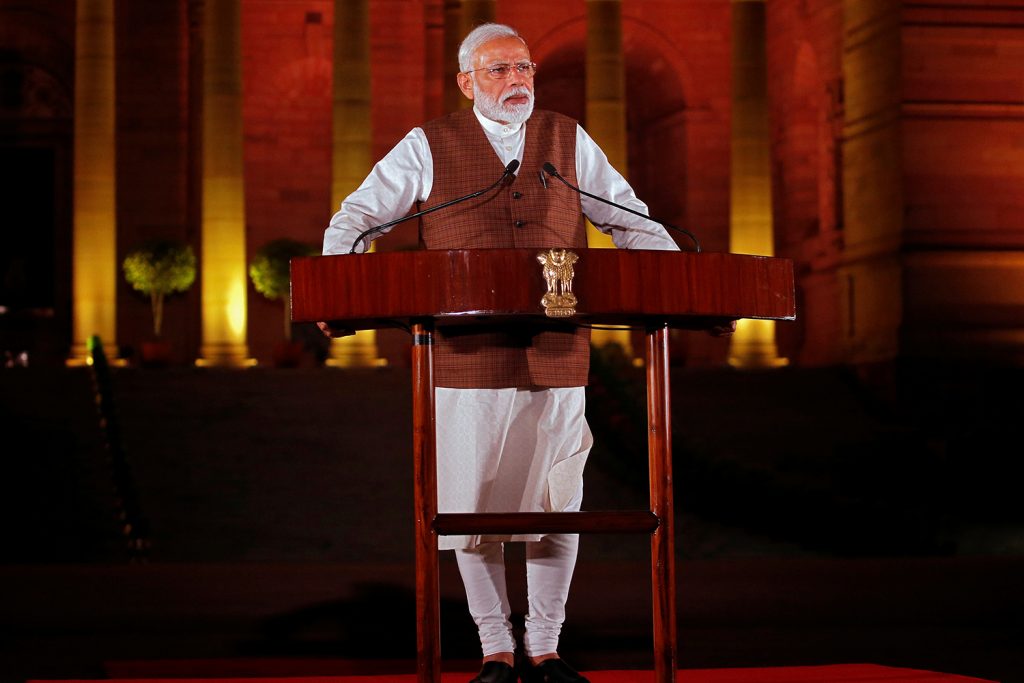 For Americans, it might seem like ages ago. But three months after US social-media companies banned President Donald Trump from their platforms, those decisions are still shaking up international markets.

Foremost among these markets is India, where contentious debates over US technology platforms and their influence have gained strength and considerable political attention. In the immediate aftermath of the Trump bans in January, politicians and political operatives from India’s ruling Bharatiya Janata Party (BJP) issued a slew of commentary critical of the decisions and US tech platforms more broadly.

“This must be [a] wake up call for all who don’t yet understand [the] threat to our democracies by unregulated big tech companies,” said BJP parliamentarian Tejasvi Surya on January 8. “If they can do this to POTUS, they can do this to anyone.” BJP IT Cell chief Amit Malviya similarly criticized the “dangerous precedent” that the decisions would set, branding global internet firms “the new oligarchs.”

Left unsaid and yet clearly on their minds at the time was the prospect of US social-media companies banning senior BJP leaders for online speech or offline actions. A month later, social-media companies would also demonstrate their ability to challenge governments through inaction—specifically, a refusal by Twitter to fully comply (at least at first) with government directives to block accounts tweeting critically about India’s farm laws and allegedly threatening public order and promoting misinformation.

These two episodes in the United States and India, which happened just weeks apart, continue to reverberate in Indian policy and political circles. For the current crop of Indian leaders, they validate longstanding ideological concerns not just about US social-media companies, but also about the broader risks posed by US tech firms. Indeed, senior leaders in New Delhi have for years warned of the economic risks of “data imperialism” by large US tech companies and their outsize presence across India’s digital economy. Controversial content-moderation decisions by many of these same firms strike at something more fundamental: the ability to shape and adjudicate the values, speech, and conduct of Indian citizens.

These powers are guarded carefully by India’s leaders and linked closely to deep-rooted ideas of sovereignty and self-governance. They are particularly important to Indian leaders who seek to create a “self-reliant” India and reshape the national character around new ideologies. To the extent that US tech companies are perceived to challenge this ideological project by controlling economic-value creation and moral-value adjudication, Indian leaders will be deeply unsettled by these tensions and determined to course-correct.

How US tech companies navigate this coming regulatory storm may prove critical to their future in India and other Asian markets—particularly if New Delhi’s regulatory interventions become a blueprint for other jurisdictions. If these companies accommodate New Delhi’s views, it could preserve their ability to compete in one of the world’s largest digital economies. But it would also require them to localize data, products, and platform policies in ways that may be costly, unpalatable, and precedent-setting. US tech executives are no doubt worried about a slow creep toward a “splinternet” in which sovereign lines sever the global digital commons and fracture global platforms.

These concerns are unlikely to sway Indian policymakers and regulators, who may very well see the discomfort of US tech companies as validation of India’s approach. Indian companies and domestic interest groups will only amplify these lines of thought, and they have already endorsed more aggressive actions to break the country’s reliance on foreign tech platforms. Meanwhile, policy developments in Europe and Australia also give India assurance that it is not alone in trying to rein in US tech companies.

The wild card in all of this—for US tech companies and the Indian government—is the outlook of the Biden administration and its newly confirmed US Trade Representative Katherine Tai. A strong signal from the Biden administration regarding the importance of digital trade in upcoming engagements with Indian officials, such as the US-India Trade Policy Forum, could give Indian leaders pause in aggressively pressuring American tech companies on economic or political grounds.

But will the Biden administration vigorously defend US tech companies in global markets while simultaneously moving to curtail their influence at home? The possibility for a two-track approach that differentiates between domestic and international priorities certainly remains in play. Yet the threshold for aggressive US trade pressure that responds to New Delhi’s digital-trade barriers will almost certainly tick higher. Having criticized the Trump team for picking trade fights indiscriminately, the Biden administration may be reluctant to escalate thorny digital-trade disputes with strategic partners like India—especially when India has expressed willingness to cooperate with the United States on “critical and emerging technologies” such as 5G and artificial intelligence.

The reality is that 2021 augurs a difficult period for US tech companies, which once harbored aspirations of connecting the world across common platforms. At home and abroad, the operating environments are changing, with governments determined to exert sovereign control over digital domains and online users. New regulatory flurries will require more flexible, country-specific responses and a shift away from one-size-fits-all models. The real test is whether companies can carefully adapt their platforms and values to local markets without stretching them beyond all recognition.

This is a challenge of the first order that will require difficult conversations in boardrooms and government offices. But it is one the US tech industry must tackle head-on to achieve long-term success in India and other global markets.

Anand Raghuraman is a nonresident fellow at the South Asia Center and a vice president at The Asia Group, where he advises US companies operating in South Asia across the internet, e-commerce, social-media, fintech, and financial-services sectors.

Image: India's Prime Minister Narendra Modi speaks to the media after his meeting with President Ram Nath Kovind, to stake claim to form the new government at the Presidential Palace in New Delhi, India May 25, 2019. REUTERS/Altaf Hussain