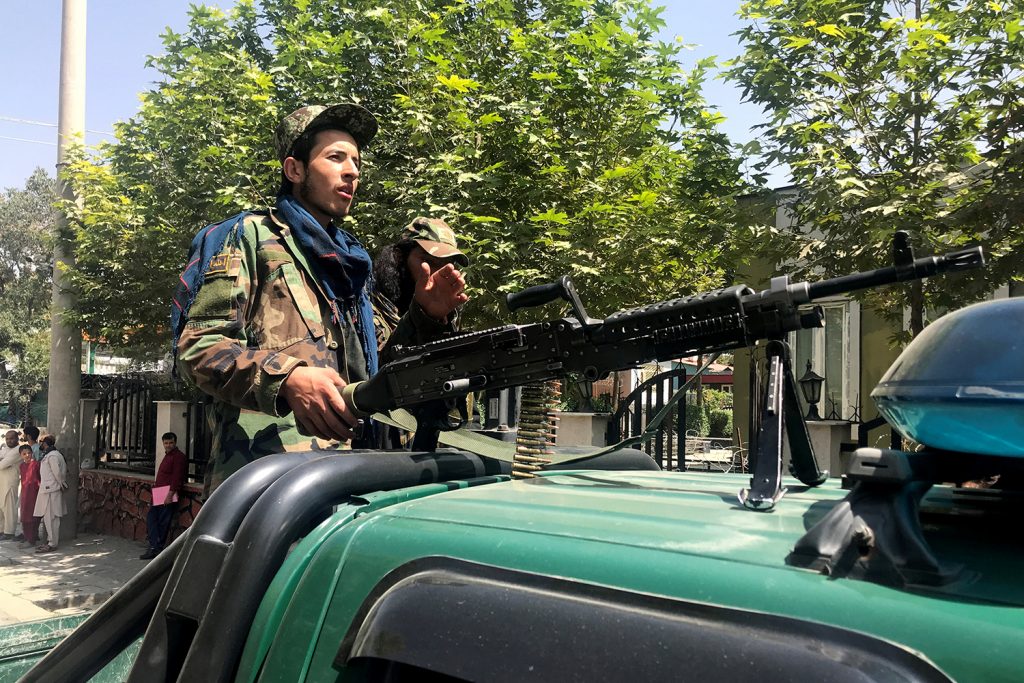 I joined the war in Afghanistan in its seventeenth year as the Treasury Department’s financial attaché at the US embassy in Kabul, landing at Hamid Karzai International Airport in August 2018 with a sense of purpose and mission—albeit tempered by years of policy whiplash and myopia. Having spent years working on illicit finance issues, Afghanistan sadly presented an endless priority list of major threats to tackle: terrorism financing, money laundering, economic sanctions evasion, narco-trafficking, and corruption.

The Afghan economy I encountered was in shambles from forty years of war, propped up mostly by international donors who provided 75 percent of the government’s budget and the heroin trade. According to the World Bank, the illicit economy “accounts for a significant share of production, exports, and employment.” Many of the people employed in Afghanistan’s private sector were likely associated with the heroin trade, illegal mining, or smuggling. Iran and Pakistan, Afghanistan’s two biggest neighbors, provided little help to address these ills.

Now that Kabul has fallen, I have spent recent days trying to help Afghan contacts get out and checking in with friends who have also served there as soldiers, diplomats, and contractors to assess what will happen next in this fractured and chaotic moment.

Sadly, there is only one certainty: This situation is only going to get worse.

With the Taliban taking over the levers of the Afghan government, it can rapidly expand its war chest and armory—with disastrous implications for the Afghan people and regional security.

It controls customs and border crossings, along with central and commercial bank branches. The group can also exert greater oversight over—and squeeze taxes from—the vast hawala money transfer industry that serves as Afghanistan’s de facto banking system. The Taliban is now free to consolidate its taxation of the opium and heroin trade, along with booming methamphetamine production. On top of all that, it benefits from a windfall of surrendered and captured weaponry constituting part of America’s eighty-three billion dollars in support to Afghan government forces.

Meanwhile, the Taliban has done little to distance itself from international terrorist organizations, a relationship which will likely only accelerate in the near term. According to a recent Treasury Department assessment, the group “maintained a strong relationship” with al-Qaeda and “continued to meet regularly.” The report also found that “al-Qaeda is gaining strength in Afghanistan while continuing to operate with the Taliban under Taliban’s protection.”

The reality of a strengthened Taliban running the Afghan government creates substantial and imminent economic policy challenges for the United States and international community. In particular, the amount of assistance money potentially at their disposal is staggering.

For instance, Congress appropriated billions of dollars for fiscal year 2021 to the Afghan government—including more than three billion dollars for the Afghanistan Security Forces Fund (albeit with conditionality) along with more modest civilian funding. Also available is up to $370 million from the International Monetary Fund (IMF) in disbursements through 2024, but only if certain conditions are met. That’s in addition to the nearly $430 million equivalent in Special Drawing Rights, an international reserve asset maintained by the IMF, that was scheduled to be delivered to Afghanistan next week but has since been put on hold.

What the United States can do

It remains to be seen how the US government and its international partners will engage with the Taliban, which is still designated for sanctions by the United Nations and the Treasury Department. But there are several steps the United States can take immediately to limit the Taliban’s access to capital.

First, the US government, including the Treasury Department, needs to secure the Afghan people’s foreign reserves to ensure that the Taliban does not have access to these funds. According to the Washington Post, the Treasury Department took an important step over the weekend to freeze assets in the United States, but further work remains on any additional assets outside of Afghanistan.

Second, an interagency group including the Department of Treasury, Department of Justice, Department of Defense, Department of State, and the US Agency for International Development must develop a plan to ensure compliance with existing US economic sanctions, which generally prohibit Americans from engaging in a “transaction or dealing” with the Taliban.

Third, the Treasury Department should work with international organizations such as the IMF, World Bank, and Asian Development Bank to reevaluate ongoing assistance projects that may benefit the Taliban, as well as ensure that international assistance complies with sanctions and helps the Afghan people.

Finally, the US government must identify a strategy to hold the Taliban accountable for adhering to Afghanistan’s international commitments, such as on combating money laundering and countering terrorism financing. If the group is unwilling or unable to meet these obligations, the United States should consider working through the multilateral Financial Action Task Force (FATF) to increase monitoring and, if warranted, identify potential countermeasures to address the deficiencies, as FATF has successfully done with neighboring Iran and Pakistan.

The jarring images from Kabul’s international airport of Americans and Afghans struggling to escape feels worlds apart from my final memories of that same place less than two years ago. While the world watches in horror, policymakers must quickly and effectively manage the economic consequences of the Taliban’s access to more money and weapons. It should deny the group any further resources while also protecting US interests and managing regional security.

Alex Zerden is the founder and principal of Capitol Peak Strategies, a fintech, digital asset, and emerging technologies advisory firm. He has spent fifteen years working as an economic policymaker, national security and regulatory lawyer, and economic diplomat. He served as the US Treasury Department’s financial attaché at the US embassy in Kabul from 2018-2019. Follow him on Twitter at @AlexZerden.

This piece has been updated to reflect the IMF’s decision to put Afghanistan’s Special Drawing Rights on hold.

How the Taliban did it: Inside the ‘operational art’ of its military victory

The Taliban of 2021 is not the same as the Taliban of the 1990s. This Taliban is now adept at integrating military and non-military instruments of power in pursuit of its political objectives.

By Harris Samad and Fatima Salman