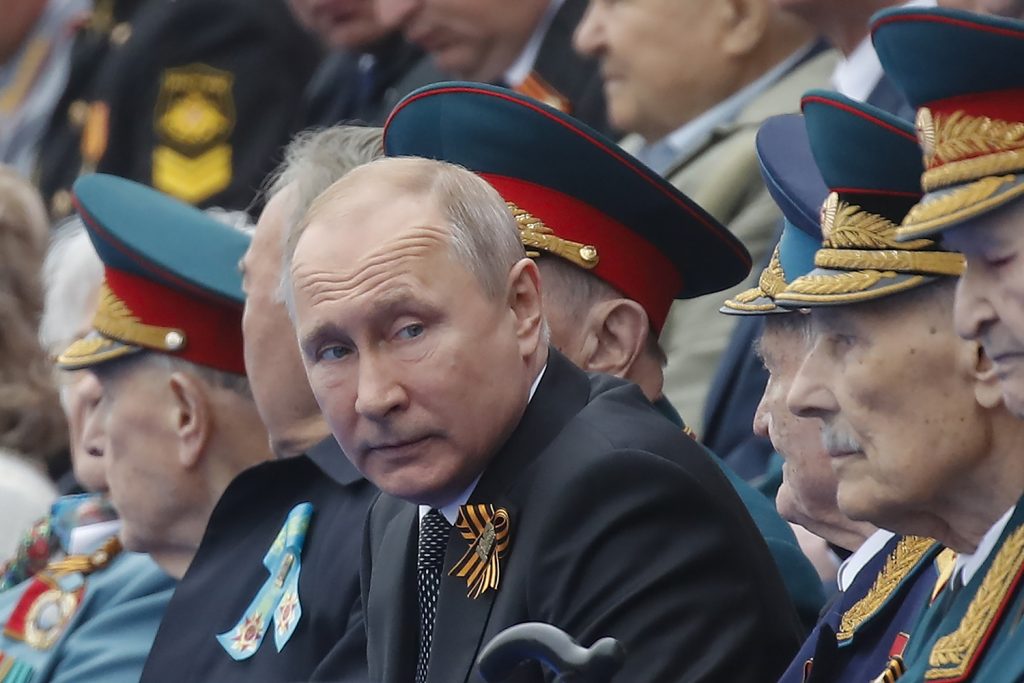 Around the Christmas holidays, Russian President Vladimir Putin launched a series of heated attacks against Poland, accusing it, bizarrely, of co-responsibility for starting the Second World War. Polish Prime Minister Mateusz Morawiecki countered with a statement that detailed, accurately, Soviet collaboration with Nazi Germany early in World War Two and its atrocities against Poland. The US Ambassador in Warsaw Georgette Mosbacher (joined by her German and Israeli counterparts) supported the Poles, and the Russian embassy in Warsaw responded with personal insults against her.

What’s going on? Why did Putin pick this fight?

Fights about history—the rights and wrongs of respective sides, the story of who is the victim and who the perpetrator—are not academic; as George Orwell understood, whoever controls the historical narrative commands the high ground in setting the political agenda into the future.

Russian history in the 20th century contains a lot of the terrible: defeat in the First World War; the Bolshevik Revolution, Red Terror, and Civil War; Soviet state-sponsored famine in Ukraine; the Stalinist purges of the 1930s; the Gulag system of mass concentration camps; uprooting and exile of whole nations; even more staggering losses and suffering during the Second World War; and toward the end of the century, the failure and collapse of the Soviet Union, which liberated nations previously subject to Moscow’s rule, but reduced Russia to its mid-17th century borders. Some of these events were triggered from outside, but many were self-inflicted.

Amid this terrible legacy, the Soviet victory over Nazi Germany seventy-five years ago this May remains for many Russians a national vindication, Russia’s moment of sacrifice and victory, of national greatness with themselves as heroic liberators of themselves and others from Nazism. Russians can weigh the memory of that victory against the misery and atrocities of the Soviet legacy. Russians, and the Russian government, cherish victory in the Second World War because, to some extent, it’s what they’ve got to celebrate.

That Russia’s suffering and achievements during the Second World War were real makes the memory compelling. But it’s not the whole story.

The Soviet Union’s war with Nazi Germany began with Hitler’s attack on the USSR in June 1941. World War II, however, began almost two years earlier, and did so with Stalin and Hitler aligned, an alliance made by Stalin and Hitler through their respective foreign ministers Vyacheslav Molotov and Joachim von Ribbentrop in August 1939. The Molotov-Ribbentrop Pact contained a secret protocol that divided Eastern Europe, including Poland, into Soviet- and Nazi-controlled zones. On that basis, Hitler invaded Poland on September 1, 1939 and the Soviet Union invaded Poland on September 17; both countries held a joint victory parade in the occupied Polish city of Brest on September 22. The next year, also on the basis of the Molotov-Ribbentrop Pact, the Soviet Union occupied Estonia, Latvia, and Lithuania.

During the Second World War’s final phases, Soviet armies pushed westward—tearing the guts out of the German army as Churchill put it—freeing Eastern and Central Europe from Nazism while imposing though violence their own totalitarian rule, which remained in place until 1989.

The Soviets and Russia under Putin want the world to remember the good part of the Soviet record, but not the whole of that record. When the Soviets controlled Europe’s eastern third, they could control the historical narrative (though the actual history was still taught through families and in various informal, underground schools, especially in Poland). After 1989, especially in Poland and the Baltic States, history came back with a vengeance and, as the Poles and Baltic states joined the European Union, they made sure to correct the record. In September 2019, the 80th anniversary of the outbreak of World War Two, the European Parliament passed a resolution noting, accurately, that the Molotov-Ribbentrop Pact opened the way to war, thus giving official weight to the actual narrative and getting in the way of Russia’s planned celebration in 2020 of the 75th anniversary of victory.

So, Putin lashed out.

But Russia isn’t the only country with a complicated history in the Second World War. Few of the great powers involved in the Second World War have sterling records. Britain and France, as Putin pointed out in his attacks, were weak in their opposition to Hitler in the run-up to war, especially at the 1938 Munich meeting during which they basically abandoned Czechoslovakia. The US performance was even worse: despite greater US power and thus strategic room for action, the United States under the influence of “isolationists” showed indifference to European security. Britain and France played poorly; the United States didn’t play at all; and the Soviet Union threw itself in on the wrong side.

Putin spent much time condemning Poland’s actions in the late 1930s. But Putin doesn’t have much of a case: Putin accused the Polish ambassador in Berlin in the late 1930s, Jozef Lipski, of being an “anti-Semitic pig” on the basis of Lipski’s discussions of Jewish settlement in Africa, a charge that Poland’s Chief Rabbi Michael Schudrich quickly refuted. Putin referred to Poland’s taking advantage of the Munich Agreement to bully Czechoslovakia into giving in on a pre-existing territorial dispute. That’s nothing to be proud of, but on the scale of 20th century horrors, this barely rates a footnote. The fact is that Poland fought from the beginning to the end of World War Two in Europe, always on the right side. The UK can say the same, but few others, and certainly not the Soviet Union.

Honest countries must come to terms with their history, taking full measure of the bad along with the good. The United States has long recognized its failures in the run-up to the Second World War and other bad moves, such as establishing concentration camps for Japanese-Americans in the panic after Pearl Harbor. At the same time, the United States has had (and still has) greater difficultly dealing with its legacy of slavery and racism, and until recently masked the history of the Civil War with historical amnesia and obfuscation to conceal its true cause: slavery. France found it difficult but has come to terms with its mixed role in World War Two—Charles De Gaulle’s resistance along with collaboration under the Vichy regime.

Since freedom returned to Poland in 1989, Polish scholarship has made clear that while Poland has a war record of which it can be proud overall, Poles living under Nazi German occupation, facing terrible circumstances, displayed a range of behavior: much sustained, heroic resistance to the Nazis; many Poles risking their lives to save Jews; but also, by some, indifference to the Holocaust, some turning in Jews to the Nazis and, sometimes, local violence against them.

Russia, in its periods of reform, has attempted to deal with its own history, including the truth about its mixed role in World War Two. But it did not sustain these efforts and, as Putin’s recent outburst makes clear, has reversed them, embracing the false Soviet narrative.

There will be more Russian efforts at historical revisionism and falsification, about history and much else. This will end when and only when Russia turns with determination toward democracy, to free itself by turning to the truth about itself, taking the good, bad, and mixed as they are, as honest nations must do if they are to become free.

Image: Russian President Vladimir Putin looks on during the Victory Day parade, which marks the anniversary of the victory over Nazi Germany in World War Two, in Red Square in central Moscow, Russia May 9, 2019. REUTERS/Maxim Shemetov