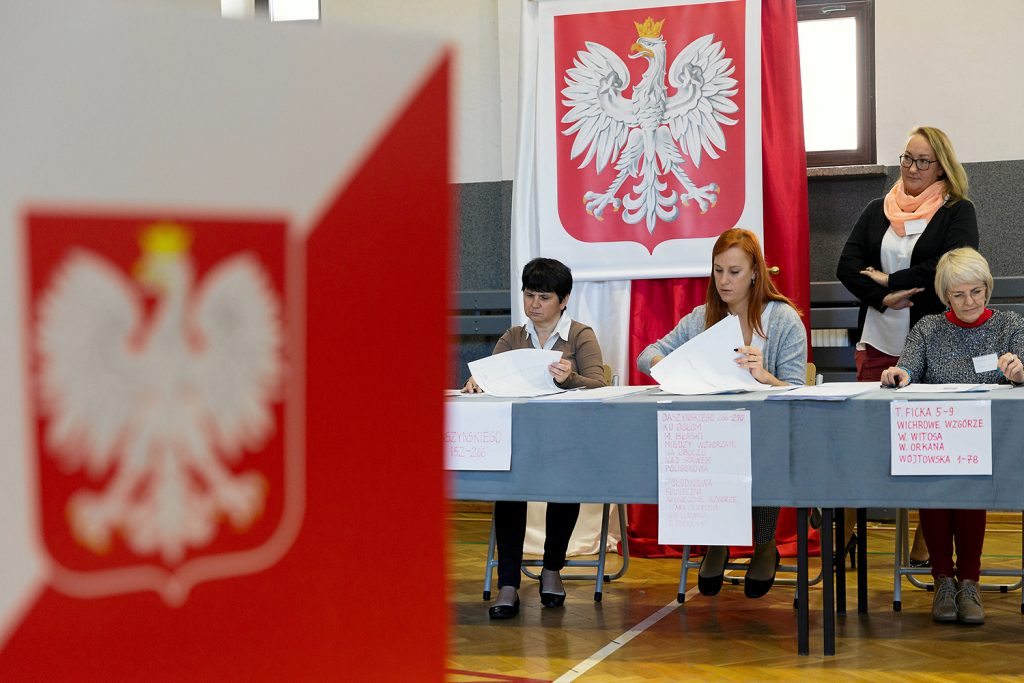 Poland’s “Law and Justice” Party (PiS) won a solid (though not triumphal) victory in the October 13 elections, and one of its leading campaign slogans was “Dobry czas dla Polski” (“A good time for Poland.”) And so it is perhaps the best time in Poland in centuries. But the “good time”—democracy, economic growth, entry into the institutions of an undivided Western and thus security—wasn’t inevitable and didn’t come easily. And it can’t be taken for granted.

US-Polish relations are in good shape and, whatever questions may arise about US President Donald J. Trump’s approach in other areas, his policy toward Poland has been consistent and constructive. (Entry of Poland into the Visa Waiver Program is another welcome step.) The Polish government has dealt with the Trump administration and with President Trump himself with skill (not easy).

Working plan for the Alliance

The near-term US-Polish agenda is solid. Some of its key elements include:

— development of military relations, both bilateral and integrated with NATO’s effort to strengthen its eastern defenses against potential Kremlin aggression;

— joint efforts—bilaterally, and with the European Union and hopefully Germany—to strengthen energy security (and, let’s be clear: to mitigate the potential danger of Kremlin energy leverage over Poland and Central Europe). Nord Stream II is a bad idea. If it is blocked, good; if it goes through, there may be ways to limit its harm. The Three Seas Initiative can be useful in this regard and also useful to strengthen transport and digital infrastructure in Europe’s less-developed (and thanks to Soviet domination sometimes mis-developed) eastern third.

Military ties are moving ahead, so is energy cooperation. Three Seas needs to go from principles to practice, but it has potential.

To this agenda, I would add a sustained Polish-American push to support the sovereignty and reforms of countries to Poland’s east, especially Ukraine, working with other Europeans, and, in parallel, efforts to strengthen a common Western policy toward Russia. It’s not hard to outline such a Russia policy: resist Putin’s aggression in the short-term and prepare for (and invest in) a potential better future when Russia is capable of a more constructive relationship with its neighbors, Europe and the United States, and with its own people. (Polish support for the “Boris Nemtsov Forum,” just held in Warsaw and intended to support democratic forces in Russia is an excellent move.)

All this (and more) would be a solid work plan for the US-Polish alliance.

But the current “dobry czas” rests on a deeper foundation.

Americans need to remember the hard lessons of the past 100 years: when America leads in accordance with its higher values—those of Woodrow Wilson, Harry Truman, and Ronald Reagan, leaders who championed a world based on principles that favor freedom—we and our fellow democracies prosper. When America withdraws, forgets its principles or retreats to “spheres-of-influence” (a la Yalta), disaster follows.

Poles need only recall the basis for their own country’s remarkable successes over the past generation: Poland’s leaders—whether right, liberal, left, or from exotic coalitions—put their faith in Polish society to show the initiative, the entrepreneurial spirit, to build a market economy from the ruins of communism. The famous Polish reforms of the early post-1989 years reflected this faith. It paid off: despite problems still to be dealt with, Poles built and modernized their economy “from below,” based on society and not the state, which is also the American way.

Many Poles spoke in those years and after about the need for a strong Poland. Fair enough. But national strength consists of a strong society composed of strong, independent institutions in and out of government, among them: free enterprise apart from the state, free media, independent courts free from telephone justice, and all embedded in the rule of law. Lenin and Stalin sought to reengineer society from above. They had contempt for law as independent of government interests. Russia has not yet recovered from this disaster. These lessons are relevant now and looking ahead.

Many Poles evoke patriotism. Rightly so. Patriotism and love of one’s country are good things. But not simply blind love of country: history suggests that patriotism is at its strongest when it combines national tradition with universal values. The universal without the particularities of the nation risks becoming mere abstraction; but nationalism without universal values risks descending into tribalism.

The foundation is freedom

Nations may succeed best when they follow their own best traditions, informed by universal values. Tadeusz Kosciuszko is more often evoked than understood, but his example is worth following. He understood a deep truth: that the cause of his nation was bound with the larger cause of freedom. Thus, he fought for America’s freedom as bound with Poland’s own.

And having defended the United States (possibly saving it from defeat), Kosciuszko went on to defend a reformed, modernized Poland: the Poland of the 3rd of May Constitution, with religious freedom, rights for all classes, and a more open society. Abraham Lincoln thought in similar terms about American society: he wanted it open and free for all, knowing that people would rise when given the opportunity.

“Liberal democracy” seems today on the defensive. Putin smirks and tries to undermine it. The Chinese think that their authoritarian way will prevail. The West has fallen into one of its periodic “funks.”

But we—Poles and Americans—have learned the hard way that our national progress is bound with larger values of freedom. That is the source of our “good time” over the past thirty years.

Modernization, progress, openness are not a betrayal of our national traditions, but its fulfillment. What is America without the Declaration of Independence’s assertion that “all men are created equal”? What is the Polish tradition without the memory of the 3rd of May Constitution and the 123-year struggle for freedom thereafter, under the principle of indivisible freedom (“Za Nasza i Wasza Wolność.”) These lessons should not be reduced to slogans; we need to remember our founding principles or risk losing the basis for our respective national successes.

It’s not just nursing the relationship

Neither should we look backward to some imagined better past. (When was that, exactly?) Poles and Americans worked together to take down Yalta Europe and build in its place an undivided West. Now we can work together to go forward, figure out what makes so many in our countries frustrated and unhappy, and fix our problems. We love the West, but our job is not just to cherish it, but make a new West for the 21st century.

This means applying our own best values to tackle problems both old (Kremlin aggression) and new (climate change). This means especially preparing our economies—through openness, the rule of law, and faith in freedom and not the state—to incorporate new technologies that can propel growth and prosperity in decades ahead.

If we show wisdom and determination, Americans and Poles can keep the good times going.

This piece was originally published in Polish in Rzeczpospolita.

Central Europe ready to lead on strengthening the transatlantic bond

Ministers from the Visegrád countries—the Czech Republic, Hungary, Poland, and Slovakia—celebrated the deep relationship their countries have with the United States and stressed the importance of a strong transatlantic bond.

Why Europe’s election matters in Poland

The election will be a vote of confidence in the ruling Law and Justice (PiS) party and reveal the level of public support for two competing visions for the future of Europe: an integrationist, open, and solidarity-driven Europe or a conservative “Christian” Europe of sovereign states.

Image: Members of the electoral commission work during parliamentary election at a polling station in Gliwice, Poland October 13, 2019. Grzegorz Celejewski/Agencja Gazeta via REUTERS