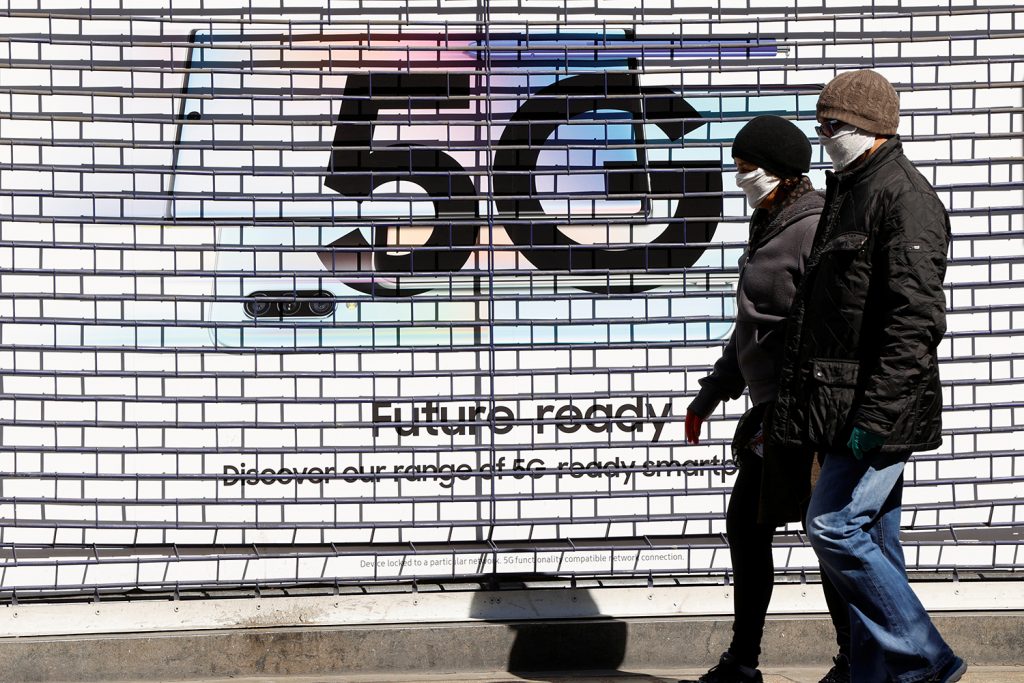 The Times reported on May 29 that the United Kingdom is planning on establishing a 5G alliance of ten democracies. Those will be the countries in the Group of Seven (G7)—Canada, France, Germany, Italy, Japan, the UK, and the United States—in addition to Australia, South Korea, and India. Its purpose? To explore 5G alternatives to Huawei, the Chinese telecommunications giant that has been the subject of a US crusade over the last year as the company gains an increasingly greater 5G market share, elevating Washington’s worries about espionage and cybersecurity risks.

In and of itself, the move is significant. Huawei is currently dominating the global 5G market, and in addition to raising legitimate security questions (i.e., about the Chinese government’s ability to use this infrastructural presence around the world for espionage), it also raises economic questions. What happens when one company is the global supplier for this next generation of cellular telecommunications technology? What happens when the firm supplying that technology is incorporated in an authoritarian country?

Huawei’s dominance stems from several factors, including its ability to supply every component of the 5G technology “stack” (from smartphones to radio towers) as well as, according to US government allegations, theft of intellectual property. But the Chinese government has also given Huawei significant state subsidies (loans, tax breaks, and more) that have helped it quickly develop and deploy functional and effective products at low prices—all part of the Chinese government’s emphasis on making China a global 5G leader.

Democratic governments, in contrast, have not focused on 5G development and leadership nearly as much. This is largely due to a lack of industrial policy akin to what Beijing has established around 5G and other emerging technologies; in many countries, including the United States and the UK, 5G just hadn’t been a strategic priority for state leaders. Presently, Nokia and Ericsson, both European companies, are Huawei’s only real competitors in 5G, and they aren’t quite able to compete effectively with Huawei’s rapid product deployment or its low prices.

On top of that, a confused US messaging campaign about the security risks posed by Huawei’s 5G tech has dampened Washington’s campaign to ban Huawei infrastructure. Some allies and partners have prohibited Huawei from their 5G systems, like Australia, but many have not. The United Kingdom is also in the latter camp, having conducted a widely cited risk assessment through its National Cyber Security Centre, published in March 2019, which found Huawei’s software development process to pose “significantly increased risk” to UK operators, but after which the government concluded that Huawei would be allowed into non-sensitive parts of its network. Downing Street’s primary condition was that Huawei tech would be banned from 5G networks’ so-called core, a term some have used in reference to a specific center of the network (a potentially smarter “brain” that handles more sensitive functions) but others have used in reference to a geographic part of the network (like 5G networks around military facilities).

The UK’s proposal for a 5G coalition of democracies is thus an interesting change of pace.

First, forming a coalition to explore Huawei alternatives is somewhat of a change for the UK itself. The British government had previously prohibited Huawei from sensitive parts of the 5G network and capped its tech at 35 percent of the total network. There is no indication these conditions are changing. However, a democratic exploration of Huawei alternatives explicitly recognizes the need for greater supplier diversity—which is quite important when attempting to insulate a technological system from potential vulnerabilities or cascading failures. So, forming a democratic coalition on 5G alternatives doesn’t directly contradict or undermine the previous UK government position. But it does mark some explicit change in the UK’s general approach. Importantly, it also comes after the Trump administration’s issuing of rules on May 15 to further limit semiconductor sales to Huawei, and after members of UK parliament reportedly pushed Prime Minister Boris Johnson to shift the government’s stance on Huawei.

Second, the supposed members of this 5G coalition of democracies have quite scattered approaches to Huawei and 5G supply chain security. This is a key factor when considering what this coalition may or may not do or achieve.

The United States has taken numerous actions to limit Huawei’s provision of 5G systems in the country, and Australia and Japan have banned Huawei 5G tech. The UK, as mentioned, prohibited Huawei from supplying the network core and limited its presence overall, but affirmatively decided to allow Huawei 5G tech in its networks. On the total opposite end of the spectrum from the United States, though, other supposed members of this 5G “club” of democracies have still allowed Huawei in their systems. India announced in December that it’d be allowing Huawei to participate in the country’s 5G trials, and Italy has similarly indicated no plans to exclude Huawei. South Korea has not banned Huawei from its 5G systems, indicated that using Huawei tech presents “little security risk,” and even called the recent US limits of semiconductor sales to Huawei “unacceptable.” Canada has not banned Huawei and said it “won’t be bullied” by the United States. France and Germany have allowed Huawei tech as well.

All of that said, just because these countries haven’t outright banned Huawei doesn’t mean they don’t share concerns about the Chinese government pressuring Huawei to spy on its behalf, or even to manipulate or shut down networks in a crisis scenario. The reality is that economic considerations are also important. Huawei is far ahead of its competitors in supplying 5G tech; it can supply everything on the 5G tech “stack”; and its equipment is also low-cost. Those factors come into play for these countries. Again, though, these two factors are not mutually exclusive—several governments are very much weighing economic considerations (including around broader trade relations with China) alongside cybersecurity considerations.

None of that changes the fact, however, that the countries supposedly in this 5G club have taken quite different approaches to 5G security. Setting up a democratic alliance to explore alternatives to Huawei is an important step. Yet it remains to be seen—including because of the existing divergence—how such a reported initiative would even work, and if it would be effective in its goals. It could certainly end up being an effort that is more defensive—i.e., working to stop Huawei’s spread—than offensive—appropriately supporting alternative suppliers.

But there are real security reasons to limit Huawei’s presence in 5G systems, particularly in light of escalating risks that the Chinese government could leverage internet companies incorporated in China to spy on its behalf. As the need for alternatives to Huawei 5G technology becomes more urgent, democracies must pursue these kinds of diplomatic, coalition solutions. Forming a democratic 5G alliance is a step in that direction.

Justin Sherman (@jshermcyber) is a Fellow at the Atlantic Council’s Cyber Statecraft Initiative.

Having performed a deeper dive over the last few months into the issues surrounding 5G, the GeoTech Center proposes to world policymakers that the geopolitical tensions associated with 5G, as well as other geopolitical cybersecurity-related concerns, can be solved by improving routing protocols against modern threats.