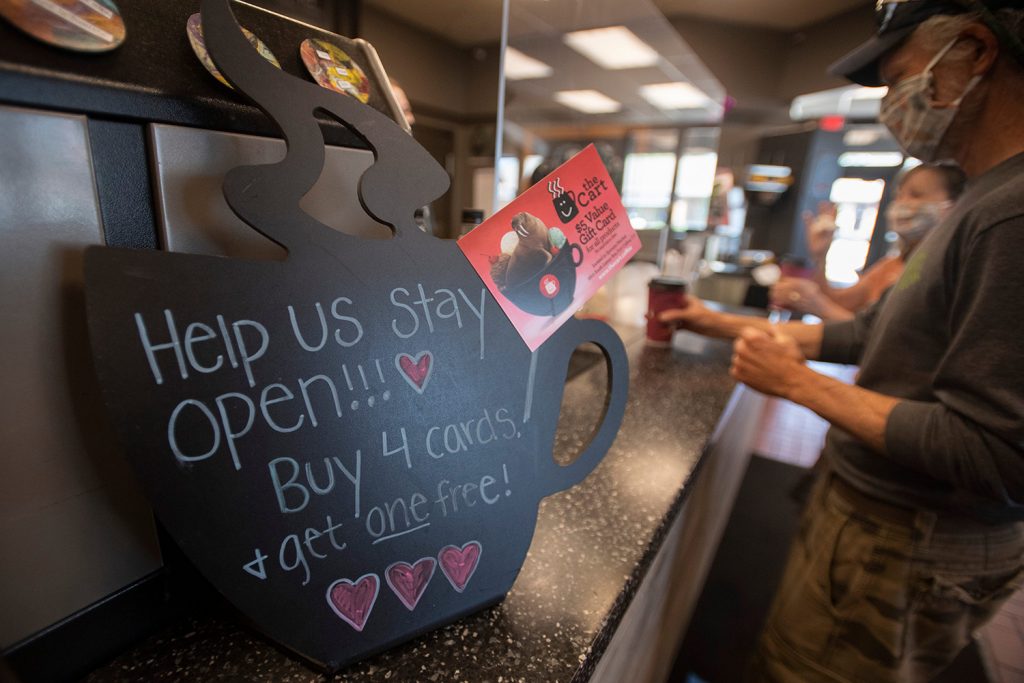 Both sides of the Atlantic are seeing shocks to their labor markets, but have reported developments in different ways. The US Bureau of Labor Statistics (BLS) reported a decline in the country’s unemployment rate from 14.7% in April to 13.3% in May. The better than expected (but still very high) unemployment rate suggests that many workers, especially those temporarily laid off, were re-hired as companies began to reopen in May in many states. However, the BLS noted that misclassification by its household survey interviewers may significantly understate the unemployment rate. By comparison, the unemployment rate in the European Union (EU) has been more stable, rising modestly to 6.6% in April per the latest data. The proportion of European workers participating in short-time work schemes, however, has increased significantly.

Since the novel coronavirus struck in the United States, the BLS has instructed its interviewers to classify employed persons absent from work due to coronavirus business closures as unemployed or temporarily laid off. In the latest reports, however, the BLS concedes, “not all such workers are so classified” and it is still investigating why. So, the BLS says, “if the workers who were recorded as employed but absent from work due to other reasons (over and above the number of such workers in a typical May) had been classified as unemployed or temporarily laid off, the May unemployment rate would have been 3 percentage points higher than reported (on a non-seasonally adjusted basis)”—in other words 16.3% instead of 13.3%. Similar adjustments to the misclassification problem would have produced an unemployment rate of 19.7% in April (instead of 14.7%) and 5.4% in March (instead of 4.4%). The monthly progression of the higher adjusted unemployment rates still shows an improvement in the employment situation in May, but from a much higher unemployment level—consistent with the fact that 42.6 million people have filed for unemployment benefits in the past eleven weeks, and the number of continued claims has increased to 21.5 million. The number shows that there is still a long way to go before the United States can approach pre-crisis employment levels.

The United States has sought to mitigate the impact of unemployment on workers by providing unemployment benefits for twenty-six weeks while these workers look for new jobs. The CARES Act has extended the benefit period by another thirteen weeks and provides an extra $600 per week through July 31. In addition, the Paycheck Protection Program has helped to keep employees of participating companies on payrolls, preventing the unemployment rate from rising even further.

On balance, the US approach has fostered a dynamic and flexible labor market where workers are encouraged to seek out jobs in new sectors of the economy. The downside is that it has created higher levels of uncertainty and anxiety among workers. Moreover, a large number of unemployed workers will still have a negative economic and social impact on their local communities. The newly jobless may find that it is not that easy to land new positions after being unemployed (especially if it is for an extended period of time) and that the new jobs may be less satisfying or pay less than the old ones.

The United States has an additional problem to address—unique among developed countries—as its unemployed will need medical insurance coverage. Normally, about half of the 330 million people in the United States rely on employer sponsored medical insurance coverage. The remainder participate in programs such as Medicare (for people aged sixty-five or older), Medicaid (for poor people), and the Veteran’s Administration and Military Health System, with about 30 million remaining uninsured. Unemployed people will have to buy medical insurance for themselves that will often be unaffordable. In a company sponsored program, the employer typically contributes 75 percent of the medical insurance premiums, while unemployed people will have to cover the whole cost of these plans. The Urban Institute has estimated that the number of uninsured Americans could increase by another 8.5 million, assuming a 15 percent unemployment rate due to the pandemic. This estimated 28 percent jump will exacerbate the problems of inequality in the United States. Uninsured people have worse access to healthcare than insured people, often ending up with massive medical bills. It is noteworthy that in 2018, 20 percent of uninsured people went without needed medical care due to cost.

By contrast, the European approach—modeled after the German “kurzarbeit” program—emphasizes subsidizing companies to maintain their workforces in short-time work schemes at reduced pay, thus suppressing the rise in unemployment rates. In the EU, the unemployment rate rose modestly to 6.6% in April from 6.4% in March. However, the proportion of workers participating in or applying for short-time work schemes shot up to 26.8% in late April/early May. This is an average rate across the EU, ranging widely from around 47 percent in France and Italy, to 26.9% in Germany and 3.1% in Poland.

The advantage of the European approach is that it maintains a stable work environment for workers and their employers in a recession. For the employees, the scheme avoids the trauma of being made redundant and having to compete for jobs in the marketplace without the assurance of getting one. For companies, the arrangements help maintain their existing level of human capital and avoid the transition costs of firing and hiring workers. More importantly, companies are in a better position to resume production quickly when demand revives.

The drawback is that such an approach gives preferential treatment to incumbents at the expense of outsiders, keeping the labor market inflexible. Furthermore, such short-time work schemes, together with high levels of worker protection, have led employers to be reluctant to hire new workers, contributing to high levels of structural unemployment especially in countries in the southern parts of Europe experiencing slow growth.

Despite their different approaches, what the United States and the EU have in common is that they’ve both experienced unprecedented shocks to their labor markets. This in turn has caused huge numbers of people to either lose their jobs or cut back their hours, requiring significant government support. Both face a serious challenge of deciding what to do if the employment situation takes longer to improve than the expiration dates of the current support programs. Extending these programs further into the future is a likely temporary solution, as ending the programs prematurely can impede economic recovery, but they cannot be open-ended. This risk is important for policymakers to keep in mind. Despite the different program designs, both the United States and the EU need a strong recovery for their labor situations to get back to normal.

A new era in financial diplomacy: The third evolution of Bretton Woods

China has made significant waves by introducing its own digital yuan this past month. The United States should turn to its allies for support and cooperation in building an alternative to the Chinese solution for digital currencies.

Image: A sign encourages customers to buy gift cards at The Cart, one of the small businesses that received money through the Paycheck Protection Program, in Fort Collins, Colo. on Wednesday, May 20, 2020. The coffee shop closed for almost two weeks before receiving the financial assistance.052020 Thecart 03 Bb