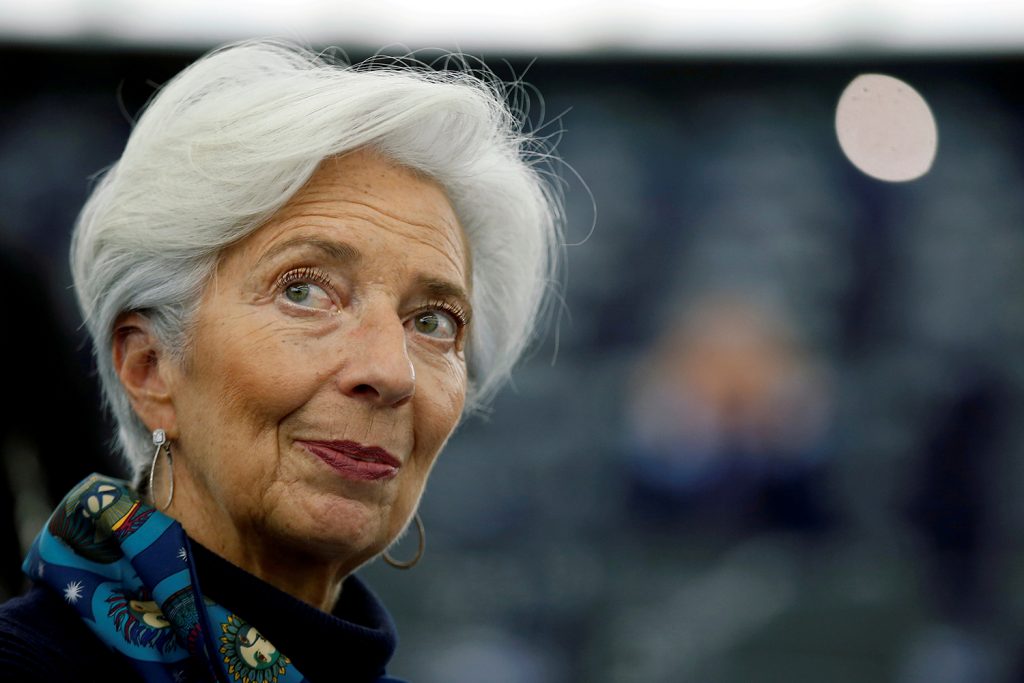 As the world becomes more digitized and relies on technology to shape day-to-day actions, the necessity of a digital currency becomes increasingly apparent. With the arrival of decentralized cryptocurrencies that rely largely on speculation for their existence, central banks around the world have worked hard to find an alternative solution to digital currencies with “stablecoins” that would be far more reliable for global economic stability. Although governments have outwardly stated their distrust of cryptocurrencies and a decentralized digital monetary system, many of the world’s most prominent economies have begun to conduct research and run pilot programs to build the foundations of a centralized bank digital currency (CBDC).

While China appears to be in the lead, with over five years of dedicated task force research and the recent unveiling of their pilot program (digital yuan) in late April, Christine Lagarde of the European Central Bank (ECB) has been calling for the recognition of this inevitable shift for years. During her time serving as managing director for the International Monetary Fund (IMF), Lagarde openly expressed her anticipation of widespread digital currency use on multiple occasions, recognizing the 2017 Bitcoin boom as a notable occurrence in the evolution of economic systems and its implications for the future. As some perceived the future of digital currencies to be incredibly uncertain and perhaps alarming, in 2017, Lagarde spoke optimistically about the idea of a “brave new world” in central banking that would be centered on the renewed capabilities of the institutions.

Access the tracker of new digital currency projects from the Atlantic Council’s Global Business and Economics Program and the Harvard University Belfer Center.

On multiple occasions, Lagarde has mentioned the claim that regulation of cryptocurrencies would be “inevitable” and “necessary on the international level.” As a result of this anticipatory thinking and years of experience, she has been the primary voice for the development of a digital Euro. Though many thought that the rise of a digital currency would not be seen for years to come, the arrival of the coronavirus and its accompanying effects have led to greater interest in implementing such a technology. As Lagarde stated earlier this year, “innovation in the area of payments is racing ahead in response to the urgent demand for quicker and cheaper payments, especially cross-border ones. The Eurosystem in general and the ECB, in particular, want to play an active role in this field, rather than just acting as observers of a changing world.” By rallying support from EU partners and Canada, Lagarde has created a working group that is exploring this concept with a considerable focus on developing a viable stablecoin. The United States needs to be at this negotiating table that is reminiscent of a similar Bretton Woods meeting many years ago.

As close observers of the global financial system have seen, China has made significant waves by introducing its own digital yuan this past month. Besides the glaring fact that this was a technological feat first achieved by China, this development has also shown the United States that more emphasis needs to be placed on advancement of their own digital dollar program in order to maintain economic prowess in the long term. In March 2020, the idea of a digital dollar and accompanying digital dollar wallets was first introduced in Congress, although lawmakers were not yet willing to move forward with the idea. Though the United States has its own think tank dubbed “The Digital Dollar Project” dedicated to doing research and developing structures for viable CBDC use, it is evidently behind in its embrace of such forward-thinking ideas.

When people consider the way the United States mishandled a similar inflection point with China—in the competition for achieving 5G capabilities—they remember that the United States attempted to tackle the project on their own. However, as has been exhibited over the course of the past couple years, the impact of Huawei and construction of their 5G infrastructure has been far-reaching, resulting in the sowing of Chinese influence across the world. In view of this new inflection point, it seems essential that the United States not brazenly walk into a competition where it once again finds itself behind.

By selling a “baked” CBDC product and linking interoperable systems across borders, China could spread economic influence and reshape the geopolitical environment. Though China will not overtake the United States as the world’s global reserve leader anytime soon, considerable attention should be focused on the enduring effects of these actions.

In understanding these implications, the United States should turn to its allies for support and cooperation in building an alternative to the Chinese solution for digital currencies. As the argument goes with the formation of 5G and machine learning products, whichever culture, ideology, or set of values is behind the technology will be the one that shapes its future. By allowing an autocratic government to potentially shape the future of the global economy, the United States could be unseating itself as the leader of the international monetary system. Just as the United States has benefitted militarily from having allies and building partner capacity in the past, it will be benefiting from having partners in developing the future economic system. Though it may seem a distraction from responding to current world events, the importance of developing a CBDC cannot be understated. After all, according to a May 22 JP Morgan report, “Offering a cross-border payments solution built on top of a digital dollar would…be a very modest investment to protect a key means to project power in the global economy,” and, “…(building a) digital currency is an exercise in geopolitical risk management.”

If the United States attempts to tackle this issue on its own, it will be far behind, and, once again, abandoning partner nations that have offered such critical benefits in previous engagements. Cooperation between the United States and its allies in deterring the world from a China-led digital financial future will be equally as important as uniting to fight terrorist financing was in the times after 9/11. The rapid formation and implementation of the SWIFT system to track terrorist financiers is an optimistic example of how this US-EU partnership has been effective in the past.

As Christine Lagarde, the ECB, and the EU move forward with the discussion of their digital currency project, it would be wise for the United States to take initiative and join the task force. Working multilaterally on this issue and having a cohesive, stable structure is the only way to achieve a viable CBDC alternative to the digital yuan. By distancing itself from its partners and the international community, the United States may well experience a similar outcome as the race to 5G. Though free societies and democratic governments have shown some weakness in dealing with the coronavirus in comparison to the lockdown measures imposed by autocracies, this is a significant opportunity to once again demonstrate their capabilities of interoperability, resilience, and cooperation to the international community.

With a renewed emphasis on the transatlantic partnership, the United States must acknowledge the critical nature of this moment and lead in preventing China from further enhancing its global economic presence. The formation of a formal digital currency working group comprised of key central bank governors in Europe will build the strength of the competitive alternative to China’s ambitious endeavors in this space. In turning its back to its European partners and not engaging in financial diplomacy, the United States will simply be playing into the hands of China by forcing the EU to find another working partner. This will only extend the influence of China’s next chapter in the Belt and Road Initiative, which seeks to intertwine East Asian and European economies further. With the internationally recognized authority of the EU and US economies, employing proactive measures in the near-term to develop this digital currency space will be absolutely critical to future global leadership and influence. The United States should not go about this task alone. Instead, it can have tremendous impact by leveraging its influence at the IMF and amplifying the institution’s ability to fulfill its role since the time of Bretton Woods: to help monitor and set standards for currencies. The successful result of the third evolution of a ‘digital’ Bretton Woods will be a multilateral, concerted effort to provide a leading alternative to the Chinese digital currency initiative.

Michael B. Greenwald is director at Tiedemann Advisors. He is a fellow at Harvard Kennedy School’s Belfer Center for Science and International Affairs. He is also a senior adviser to Atlantic Council President and Chief Executive Officer Frederick Kempe. From 2015-2017, Greenwald served as the US Treasury attaché to Qatar and Kuwait.

Digitizing the dollar in the age of COVID-19

As the COVID-19 crisis continues to cast a shadow over the future of the global economy, the dollar, while currently surging, finds itself at another larger inflection point; it needs to again prove its worth as the essential global currency.

Image: FILE PHOTO: European Central Bank President Christine Lagarde looks on during a debate on the 2018 annual report of the ECB, at the European Parliament in Strasbourg, France, February 11, 2020. REUTERS/Vincent Kessler//File Photo