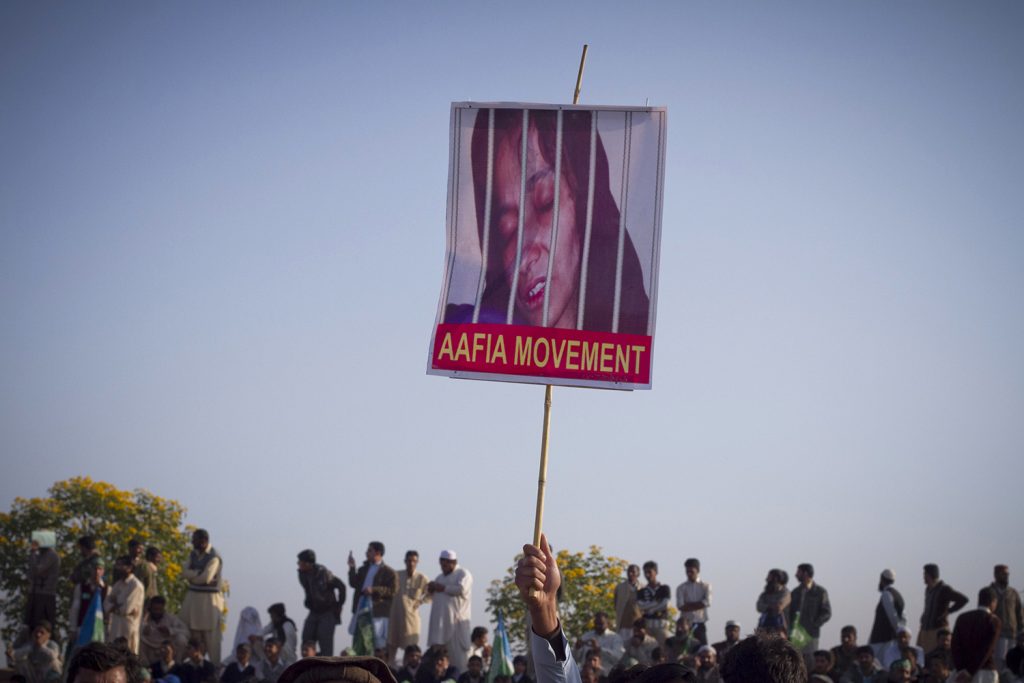 After nineteen years of war, in a momentous and somewhat controversial move, the US government signed a peace agreement with the Taliban, whose once self-styled Islamic Emirates of Afghanistan was ousted by US forces for failing to turn over al-Qaeda leader Osama Bin Laden after the September 11 attacks.

Across the border, years of a shaky partnership between the United States and Pakistan have seeded thorns of distrust and pessimism, especially amongst the Pakistani people. Most recently, the two countries once again find themselves working together to bring the Taliban to the negotiation table. The success or failure of this partnership comes down to two issues: security and trust.

The US government’s most recent praise for Pakistan’s efforts throughout the peace talks will not be enough to overcome anger at the thousands of Pakistani lives lost in a war the country’s leaders and elites dragged its people into. There continues to be a gap of trust between the Pakistani public and the government as well as misgivings toward the United States. Radical militant groups have weaponized the unease, confusion, and helplessness amongst the Pakistani population to find recruits. The United States must do more to win the allegiance of the population in order to deny insurgents support and sanctuary.

One highly prominent individual who continues to be used by terrorist organizations to gain more recruits is Dr. Aafia Siddiqui, also known under the psuedonym Lady al-Qaeda. A graduate of the Massachusetts Institute of Technology and PhD scholar in Neuroscience from Brandeis University, Dr. Siddiqui’s story continues to be a sensitive issue. She disappeared in 2003 from Karachi and was later found in Ghazni, Afghanistan in 2008. She was arrested and charged with the attempted murder of US officials and was brought to the Southern District court in New York to face trial. She was sentenced to eighty-six years in the Carswell Medical Center, Texas.

As the United States continues to need solidarity against terrorist groups around the world, proper attention to Dr. Aafia Siddiqui’s case can be a step in the right direction in recovering the relationship Pakistan’s public has with its own government and the United States.

Siddiqui’s disappearance from 2003 to 2008 is still a mystery today. She was never charged with any terrorism offenses in US courts and her association or link to al-Qaeda has never been established in a court of law.

From 2003 to 2008 the US government tried to find her role in many al-Qaeda schemes but was unable to indicate any specific role in those plans. In the Uzair Paracha case, she was accused of providing support to al-Qaeda by creating a mailbox for an al-Qaeda member in Maryland. Later she was cleared as an unindicted co-conspirator in the case. In 2004, The Wall Street Journal also reported that United Nations prosecutors thought al-Qaeda might have sent Dr. Aafia Siddiqui to Liberia on a secret mission in 2001 to trade diamonds, in which US officials concluded “no persuasive evidence” existed.

While in the western world Dr. Siddiqui is branded “Lady Al-Qaeda,” in Pakistan she is considered the “Daughter of the Nation” as passed by the Pakistani Senate unanimously. Many Pakistanis equate the injustices done to her as an injustice against Pakistan.

Pakistan’s Prime Minister Imran Khan went so far as to include Dr. Siddiqui’s repatriation in his 2018 Naya Pakistan Manifesto before being elected in 2018. PM Imran Khan in a 2019 interview, shortly after his meeting with United States President Donald Trump, mentioned Dr. Aafia Siddiqui’s case and his administration’s commitment to negotiating her release. She may very well be the show of good faith the US government so desperately needs as it plans for US troop withdrawal from the region.

Her repatriation case is still pending in the Supreme Court of Pakistan and Sindh High Court. Her Mercy Petition was sent to President Trump in 2020. Furthermore, various movements to bring Dr. Aafia Siddiqui back to Pakistan continue to exist through a number of religious and  human rights organizations. Her name still has a social media presence.

The United States must show a sign of good faith to the scores of Pakistanis that fought on the frontlines of this war on terrorism. Currently, Dr. Aafia Siddiqui can either be repatriated through a presidential pardon or by Pakistan filing a request on compassionate grounds. Both countries can work together to ensure Dr. Aafia Siddiqui’s case benefits everyone, especially the United States. Dr. Aafia Siddiqui’s plight continues to be featured in the manifestos of many terrorist organizations to exploit the emotions of likely recruits like when ISIS asked for her exchange with American journalist James Foley in 2015.

The eighty-six-year sentence for attempted murder without premeditation as well as suspicion of any affiliation or links with terrorist organisations is considered inhumane by many human rights violation activists, especially after being declared mentally unwell. Her status shows she still experiences Post-Traumatic Stress Disorder (PTSD) and schizophrenia.

The repatriation of Dr. Siddiqui to Pakistan will be much-awaited compensation for the work Pakistan has done, and the sacrifices the locals have made throughout the war on terror. Her return can serve as the harbinger of a stronger relationship between the two nations, a relationship that can deter the plans of terrorist organizations to prey on anti-US and anti-government sentiments in Pakistan.

For now, Dr. Siddiqui is a woman who still awaits the court of law to officially define her al-Qaeda-connected crimes, the one who continues to serve as a glaring example of human rights violations, as well as a beacon to exploit emotions and instigate hate.

The United States, along with Pakistan, has the power to change the current narrative and lay the foundation toward recovery for the people of Pakistan and from an even stronger bond between both nations against terrorism.

Dawood Ghazanavi is a qualified Supreme Court Attorney in Pakistan and author of Aafia Unheard.

Image: A supporter of the Islamist political party Jamaat-e-Islami holds up an image of Aafia Siddiqui, a Pakistani neuroscientist, amidst a demonstration in front of parliament in Islamabad December 5, 2010.