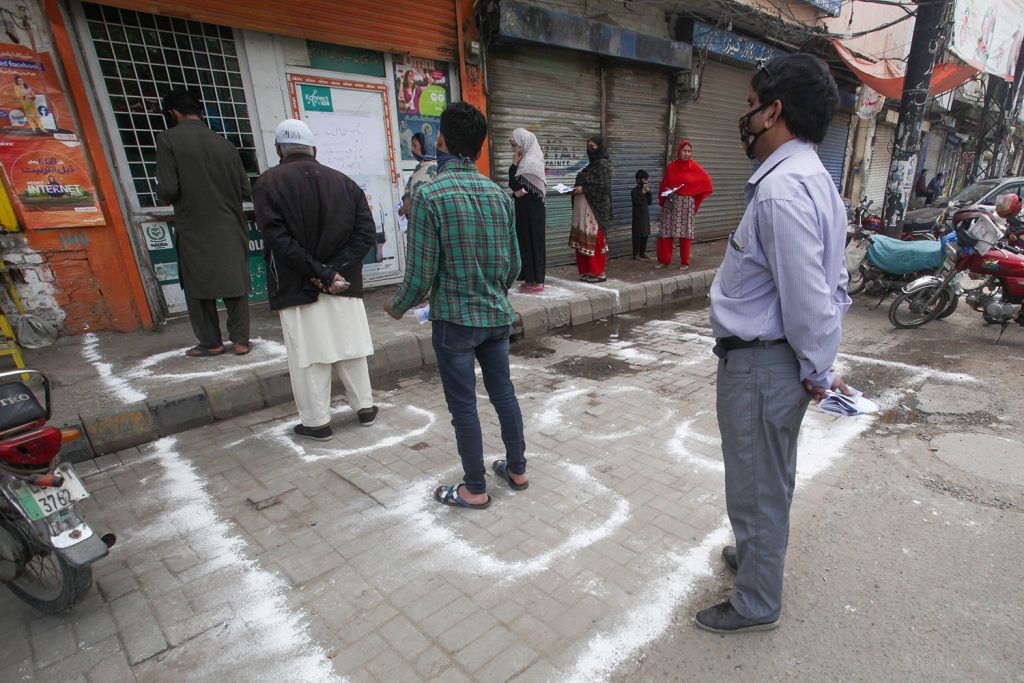 These are extraordinary times. Economies all over the world, including Pakistan, have come to a screeching halt. An economy that was only just recovering from an external crisis that saw the country go back to the International Monetary Fund (IMF) for another bailout has now been dealt a body blow whose impact is unimaginable. During every major economic crisis in Pakistan—and there have been several of them—the wheels of the informal economy have chugged along. Today, the informal sector stands to lose the most, particularly the tens of millions of workers who rely on this cash-based sector to provide them with the bare-minimum income required to meet their daily needs.

In many ways it was the concern for what awaits vulnerable segments of society that led Prime Minister Imran Khan to waver on a country-wide lockdown. The human and economic cost of this indecision cannot be calculated for the time being, but one must recognize that it was empathy for the vulnerable and not an anti-science worldview that delayed the Pakistan federal government’s response to this crisis.

Where the federal government has faltered, some provincial governments have stepped up. In particular, the Pakistan People’s Party (PPP) government in Sindh, maligned for its alleged corruption and incompetence, has been astutely led by Chief Minister Murad Ali Shah. A poor response in Sindh would have invited disaster in the city of Karachi, Pakistan’s most populous city and the beating heart of its economy. In Khyber-Pakhtunkhwa, where the Pakistan Tehreek-e-Insaf (PTI) rules, Health Minister Taimur Khan Jhagra has led his government’s response in an effective manner as well. A weak response there would have meant that clusters would have popped up on either side of the Durand Line.

That provincial governments have been able to step up in a big way is also a vindication of the 18th constitutional amendment, which devolved power to the provinces. Passed over a decade ago at a time when Pakistan was just beginning its democratic transition, this amendment has its critics. Once this crisis abates, perhaps even its critics will agree that this amendment enabled an effective and timely response from the government during the most serious crisis Pakistan has ever faced.

In recent days Pakistan’s federal government has also started to take action to deal with the economic ramifications of this crisis. A Rs. 1.2 trillion (~$7 billion) economic plan has been unveiled with a focus on minimizing the economic damage on vulnerable segments of society.

Under this program, direct cash support will be provided to 10 million households in the coming weeks. This will be achieved by expanding the monthly transfer received by beneficiaries of the Benazir Income Support Program (BISP) by 50 percent to Rs. 3,000 per month for the next four months, benefiting almost 4.5 million households. Secondly, 3 million additional households will be identified through the National Socio-Economic Registry (NSER) and given a cash transfer of Rs. 3,000 per month for the next four months. Finally, the government will identify an additional 2.5 million households and verify them through the local district administration setup. Once verified, these households will also be provided financial support by the federal government.

In addition, the government has also announced support funds for businesses which includes Rs. 100 billion in tax refunds and an additional Rs. 100 billion in deferred interest payments. The State Bank of Pakistan has swiftly cut rates by 225 basis points in the last few days, giving breathing room to both the federal government—the largest borrower in the country—and to businesses facing cash flow problems.

All of this is happening at a time when Pakistan’s financial capacity to bear the costs of this pandemic are severely limited. This means that the country will need assistance from multilateral institutions like the IMF and the World Bank—talks are already ongoing—and from strategic allies such as China. The ongoing IMF program will also have to be renegotiated, and rightfully so, because Pakistan cannot continue to pass on the costs of a stabilization program onto its citizens at a time when its economy has come to a grinding halt.

As Khurram Husain, business editor at Dawn recently wrote, “business as usual will not work” and dealing with this pandemic will require “every ounce of creative energy and close coordination.” For Pakistan, this means that both domestic and external institutions must extract every ounce of boldness and creativity to rescue and re-stabilize the country’s economy.

Image: People stand in circles drawn with chalk to maintain safe distance outside a bank, during a lockdown, after Pakistan shut all markets, public places and discouraged large gatherings amid an outbreak of coronavirus disease (COVID-19), in Lahore, Pakistan March 30, 2020. REUTERS/Mohsin Raza